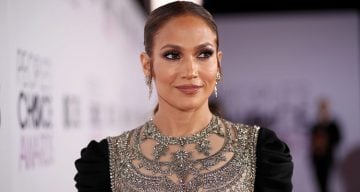 It’s a funny coincidence that J. Lo just performed at the wedding of a billionaire Russian family as the Jennifer Lopez net worth is estimated to be about $320 million.

While she’s still a ways away from the billion dollar mark, with the way Lopez has been raking in the cash throughout her career, it’s not impossible to imagine she’ll soon upgrade from a millionaire to a billionaire.

Jenny from the Block

It’s been a long road to fame for J. Lo, and her new residency in Las Vegas is a long way from her hometown of the Bronx, New York, which is where she got her start as a backup dancer in nightclubs. That was just the beginning, and her skills on the dance floor led to her first big break.

That opportunity came in the form of the popular ‘90s TV show In Living Color. J. Lo was named one of the Fly Girls, which lead to her going on tour as one of Janet Jackson’s dancers. Lopez was making moves, but she wasn’t satisfied just doing so on the dance floor.

Acting was in J. Lo’s sight, and she started making the transition after her days with Janet Jackson. Following a few smaller roles, Lopez would be cast as superstar Latina singer Selena Quintanilla-Perez, who was sadly murdered by one of her fans, in the hit biopic Selena. That role launched Lopez’s movie career from which she now receives more than $12 million per year.

That impressive per-film paycheck took a long time to achieve. It took a few more big roles like Karen Sisco in Out of Sight and as Mary Fiore in The Wedding Planner before she was able to demand that type of salary. In addition to establishing her acting career, Lopez was working on her music, and dropped her debut album On the 6 in 1999. She would go on to put out at least eight studio albums that are a mix of English and Spanish, as well as numerous singles, of which some were included on compilation albums.

She enjoyed early success with singles like “Jenny from the Block,” “Love Don’t Cost a Thing,” “Waiting for Tonight,” and “I’m Real.” Her second album J.Lo went on to sell four million copies in the U.S. alone, and though her other albums weren’t as commercially successful, she was able to carve a significant place for herself as a musician and performer with her killer dance moves.

With her accomplishments as an actress, singer, dancer, and performer, J. Lo established herself as a Hollywood powerhouse. She’s now an A-list actor and a platinum singer, and that opened the door for Lopez to do more with her celebrity.

In 2012, American Idol came calling. It would be a bold move for Lopez and an expensive one for the hit reality talent show. It was reported that $12 million a season was the amount Lopez earned for her services, adding to the $52.0 million the megastar already made that year.

But J. Lo has evolved into much more than just a successful entertainer. She’s made the move to not only being a brand, but one that can demand attention and dollars. She’s leveraged her name into fashion as a designer, she’s a successful producer, and an entrepreneur in her own right.

Forbes lists Lopez as number 95 on its list of top celebrity earners of 2015, estimating $28.5 million earned by the superstar during the year. Her perfume brand has generated $2.0 billion since its debut in 2002, and with her eight percent royalty rate, Lopez makes up to $13.3 million every year.

It’s been a long road to success for J. Lo. From the Bronx to sitting next to Simon Cowell on American Idol, Lopez is a bona fide star, and she’s still not done. Her new role in the TV series Shades of Blue has been renewed by NBC for a second season. Lopez both stars in and produces the police drama that averages about 11.0 million viewers per episode.

For those asking, “How rich is Jennifer Lopez?” we think she’s gone past dollars and is on to cementing her legacy as one of the biggest names in the world. Go J. Lo!