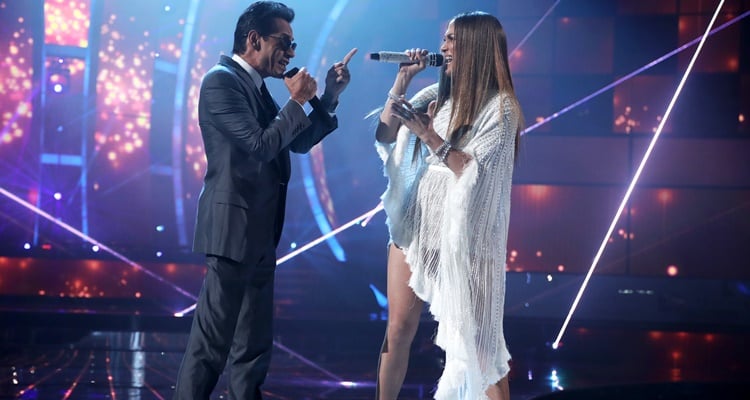 Jennifer Lopez is making headlines after sharing a sweet kiss with her ex-husband, Marc Anthony on stage at the 17th Annual Latin Grammy Awards. Are they dating again, or were they just caught up in the heat of the moment?

Singer and actress Jennifer Lopez is used to her name being splashed across the front page of tabloids for her latest releases, dating life, and stunning good looks. While the “Ain’t Your Mama” singer has been married and divorced three times, her loving relationship with her ex-husband Marc Anthony has set an example for her 53 million Instagram followers. Last night (November 17), the glamorous diva made headlines for kissing Anthony squarely on the mouth after their duet performance at the Latin Grammy Awards. The pleasantly surprised audience were left wondering whether Jennifer Lopez was dating Marc Anthony again, sparking rumors of an affair between the formerly married couple.

The superstar power couple joined hands on stage at the 17th Annual Latin Grammy Awards, which took place on Thursday, November 17 at the T-Mobile Arena in Las Vegas. While it was Lopez’s debut performance at the highly-anticipated event, Anthony is a regular fixture at the prestigious ceremony. The 48-year-old Marc Anthony (whose real name is Marco Antonio Muñiz), is a two-time Grammy and five-time Latin Grammy Award winner. His best-selling albums have sold more than 12 million copies worldwide. The Guinness World Record holder for best-selling tropical salsa artist took the stage and wowed spectators with his new single, “Olvídame y Pega la Vuelta,” a duet with the mother of his children. The song is a remake of the famous Argentinian duo Pimpinela’s song.

While J-Lo revisited her Spanish roots, her former flame was honored at this year’s  Latin Grammy Awards, and was christened The Latin Recording Academy’s Person of the Year. The duo rocked the stage with a power-packed performance that had the audience screaming “beso!” which means “kiss” in Spanish. After the song had ended, Lopez presented Anthony with his award and plopped a congratulatory kiss right on his lips! Naturally, the audience went into a frenzy, and erupted in cheers.

Anthony received recognition for his decades-long music career, which has made him a household name in Latin America. While on stage, Lopez stated that “Marc is a living legend. He is a magical and pure artist giving away classics that will stay forever. He will always be many things in my life.” The tender kiss between the two came five years after the power couple ended their seven-year marriage, but stayed amicable for their eight-year-old twins, daughter Emme Maribel Muñiz, and son Maximilian David Muñiz.

The Exes are Back to Working Together

Recently, it was announced that Lopez would be joining forces with Magnus Media, a company managed by Marc Anthony as well as Sony Music Latin. The two companies will record and develop the “Waiting For Tonight” star’s upcoming Spanish album, which is scheduled to drop this month. After the announcement of her album, Lopez released a statement which read, “I am so excited and really looking forward to this new musical journey and to celebrate my Latin roots with Marc Anthony and the Sony/Magnus family.”

Jennifer Lopez Has Been Married and Divorced 3 Times

The 47-year-old beauty has shattered the glass ceiling for the Latino community, and proved time and again that working mothers can have it all. Her legions of fans frequently search for information on Jennifer Lopez’s dating timeline and personal relationships. The Shades of Blue actress was once married to a Cuban waiter named Ojani Noa. The couple were together for less than a year before Lopez filed for divorce, subsequently suing him for violating their confidentiality agreement, after publishing a book about their marriage. In 1999, Lopez began dating rapper Sean Combs (better known as P. Diddy), but left him after he was indicted by a grand jury in a Times Square shooting. 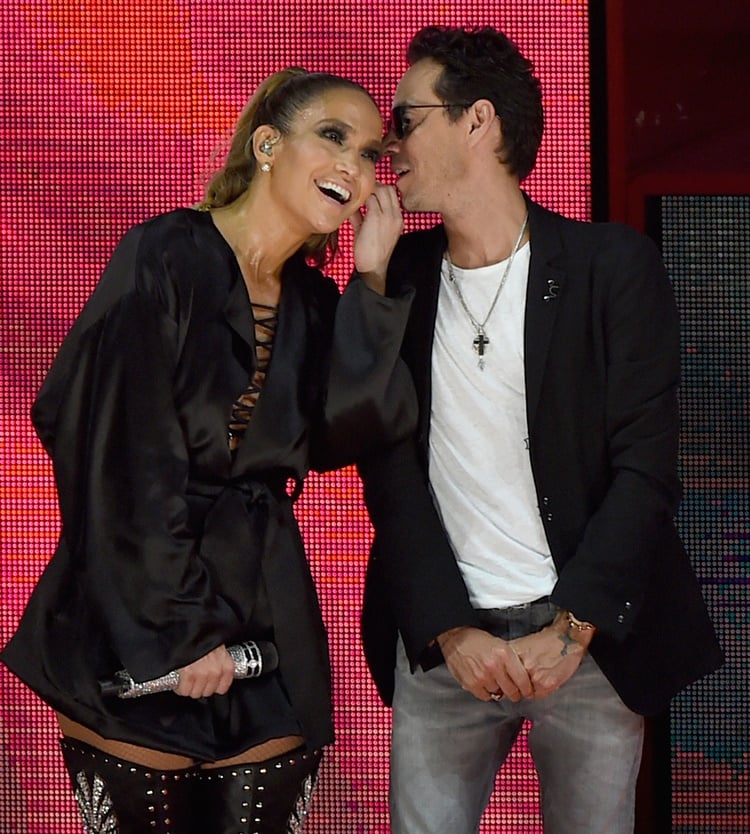 The “Jenny from the Block” hitmaker was briefly married to her backup dancer Cris Judd, and later entered into a high-profile relationship with actor, Ben Affleck. The engaged couple (dubbed “Bennifer”) eventually called off their wedding, after which Lopez became involved with her long-time friend, Marc Anthony. Alas, the couple headed for splitsville in 2012, with Lopez retaining physical custody of their children.

Once Jennifer Lopez and Marc Anthony’s divorce was finalized, The Boy Next Door actress resumed an on-again, off-again relationship with her former backup dancer Casper Smart, but announced their separation in August of this year. Meanwhile, Marc Anthony moved on and married model Shannon de Lima in 2014.