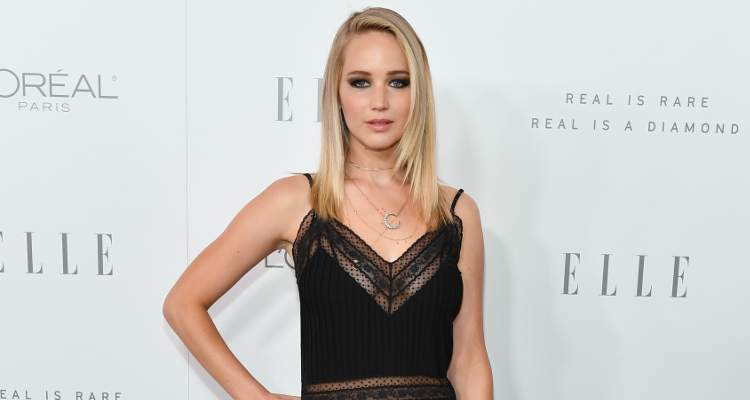 Jennifer Lawrence had an embarrassing moment on Jimmy Kimmel Live! as she approached tourists on Hollywood Boulevard and asked them to name five of her movies. Unfortunately, it did not go down well as many of them could not. But she is still a very successful star.  Jennifer Lawrence’s net worth is estimated to be $120.0 million, which is quite commendable for a 27-year-old. If you want to know more details about how much Jennifer Lawrence is worth, then we have all the info you need right here.

How Much is Jennifer Lawrence Worth?


Jennifer Lawrence Net Worth through the Years

Born on August 15, 1990 in the Indian Hills suburbs of Louisville, Kentucky, Jennifer Lawrence’s age is 27. Her family consists of her father Gary Lawrence, a construction worker, her mother Karen Lawrence, a children’s camp manager, and two older brothers, Ben and Blaine..

She studied at Kammerer Middle School in Louisville, and was a cheerleader who also played various sports including field hockey, softball, and a boys basketball team coached by her father.

Lawrence was home-schooled for two years and graduated with a high GPA. She started her career with a small role in the TV movie, Company Town, going on to appear in shows like Monk, Medium, and The Bill Engvall Show. Jennifer Lawrence’s most notable movies include Winter’s Bone, X-Men: First Class, The Hunger Games series, Silver Linings Playbook, The House at the End of the Street, American Hustle, Joy, Passengers, and Mother!

She was highly praised and appreciated for her role in Silver Linings Playbook, which won her Academy and Golden Globe awards. Her upcoming projects for 2018 include Red Sparrow and X-Men: Dark Phoenix.

Who is Jennifer Lawrence Dating?

Lawrence once dated her X-Men: First Class co-star, Nicholas Hoult in 2010 after meeting on set. Following a brief split in 2013, the couple officially ended things in 2014.

She also Chris Martin in June 2014, but after an on-again off-again romance, they parted ways about a year later. Lawrence  then began dating Darren Aronofsky, who directed her in Mother!. “We had energy. I had energy for him. I don’t know how he felt about me,” she said, “I’ve been in relationships before where I am just confused, and I’m never confused with him,” adding, “I normally don’t like Harvard people, because they can’t go two minutes without mentioning that they went to Harvard, he’s not like that.”

A post shared by Jennifer Lawrence (@official_jenniferlawrence) on Oct 9, 2017 at 1:26pm PDT

The actress currently lives in Los Angeles, and her current Beverly Hills mansion is reportedly worth $7.0 million. Jennifer Lawrence’s annual salary is $4,705,882. Her hard work and determination certainly paid off as she was the world’s highest paid actress in 2015 and 2016. In 2017, Forbes listed her as the world’s third highest-paid actress in 2017.