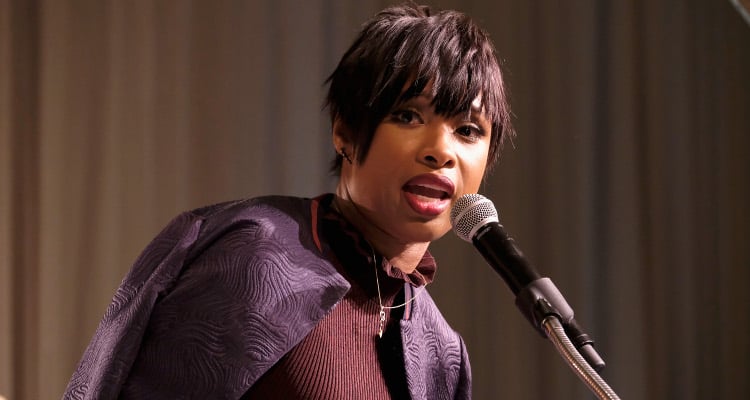 One day early for Throwback Thursday, Jennifer Hudson has shared a treasured photo of herself with someone very dear: the late Whitney Houston. And while the pic might not be everyone’s cup of tea, the message and thought behind it are things almost anybody could agree on!

The photo shows the pair together during a happy time, at the BET Honors show in 2010, where Hudson sang Houston’s hit “I Will Always Love You,” with Houston in the audience. It isn’t clear exactly where Hudson and Houston are, but they’re both smiling and that’s all that matters! The only problem with the photo is that it’s not very clear, with the left side, which Whitney Houston is on, being quite blurry. Some may not even be able to tell it’s her!

But this blur doesn’t bother Jennifer Hudson in the least. “May not be a clear photo but the memories of her r very clear ! I got Whitney on my mind [sic],” wrote Hudson. This should come as no surprise, given the singer and actress cited “The Voice” as one of her major influences and saying in a 2008 interview that she once fantasized about doing a duet with Houston. Unfortunately, that dream never came true, though Hudson did get to pay respects to her one day after her passing at the 2012 Grammy Awards, when she again sang “I Will Always Love You.”

And it wasn’t just Jennifer Hudson that felt nostalgic. “I often think about you performing her song at the Grammys the day after she passed…and how emotional you were in rehearsal. Omg. My heart hurts thinking about it [sic],” wrote one emotional fan. Nobody commented on the photo’s blurriness, instead only sharing how much they miss Whitney Houston and her music. Perhaps the one fan had the right idea when they suggested that Jennifer Hudson do a cover album!