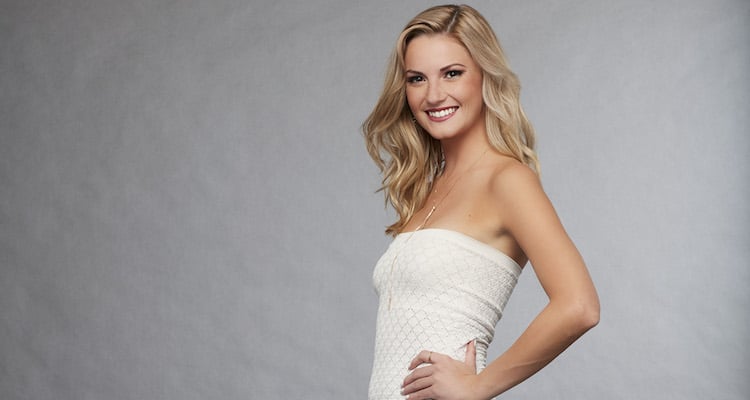 We are coming up on a new year and you know what that means: A new season of The Bachelor! Who are the lovely ladies competing this year? Who will cause drama, and who will find love? We won’t really know until the show begins, but we thought we start by looking at the contestants. In this Jennifer Delaney wiki, we will take a look at her life and career. From Jennifer Delaney’s Instagram to job, we’ve tried to find as much about The Bachelor 2018 contestant as possible. So sit back and learn more Jennifer Delaney from The Bachelor 2018.

Jennifer Delaney was a private individual before she was cast on The Bachelor, but we were able to dig up a few things on her private life. Delaney is 25 years old and lists her hometown as Northbrook, Illinois on her ABC bio. But, according to her Linkedin profile, she may currently live in Chicago. She is approximately 5’4″ which makes her almost a foot shorter than Arie Luyendyk Jr. Delaney has a tattoo of a feather on her shoulder.

Jennifer Delaney’s education revolved around subjects that led to her current career as a graphic designer. From 2009 to 2010, she attended The School of Art of Institute of Chicago where she studied figure drawing. From there, Delaney headed to Texas where she studied graphic design at Texas Christian University from 2010 to 2012. Finally, she headed back to Columbia College of Chicago where she completed her bachelor’s degree in graphic design. We discovered that one of her first jobs was as a hot yoga instructor.

Jennifer Delaney’s job has pretty much been graphic design ever since graduating. She’s worked at a number of different firms but currently works for a company called Iris, an agency that specializes in marketing and advertising. It has offices all over the world from London to Brazil and Australia. Delaney works out of their Chicago office.

In terms of following Jennifer Delaney on social media, we’ve got good news, bad news, and even more possible good news for you. The good news is that she has a number of social media accounts including Instagram, Facebook, and Twitter. The bad news is that only her Instagram is regularly updated, and features Jennifer Delaney pics. For more information on Jennifer Delaney’s family, you’re also out of luck as most of these accounts are centred around her work as a graphic designer, as well as showing off her personal drawings of athletes. However, the other good news is that, once The Bachelor starts, we’re bound to see more activity, and learn more about her life!

the art of… art. [email protected]