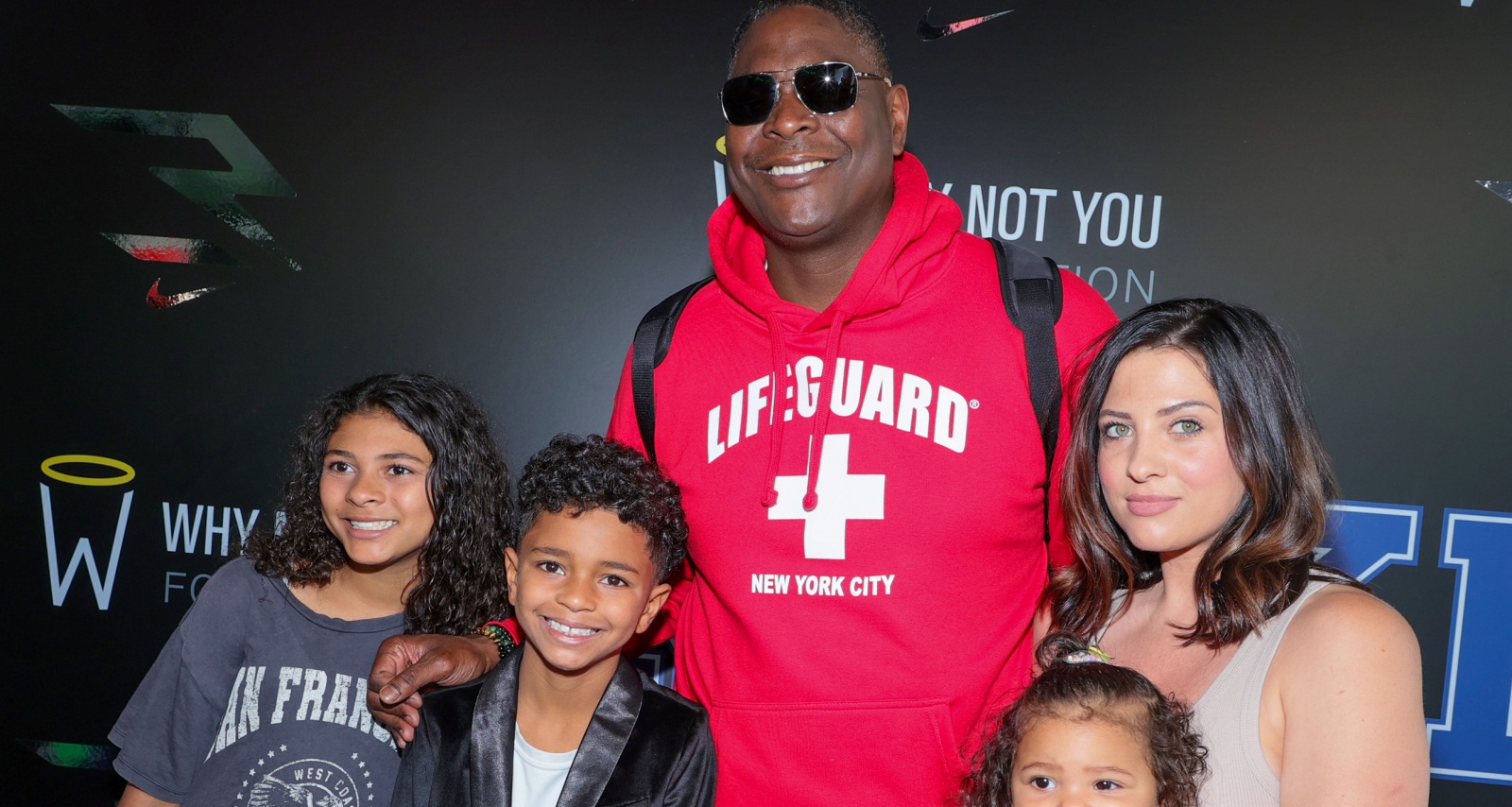 NFL pro-turned-analyst Keyshawn Johnson had an outstanding career as a wide receiver from 1996 to 2006. However, his personal life had its fair share of ups and downs. His marriage, in particular, has always been the main attraction to the NFL community on social media. Keyshawn Johnson’s wife, Jennifer Conrad, nearly pulled the plug on their marriage shortly after their wedding. Since then, many wonder if they are still married. Not only are they still together, but Conrad has also been by the ESPN analyst’s side through other struggles, including the loss of his eldest child in 2021. We reveal more about their relationship in this Jennifer Conrad wiki.

Jennifer Marie Conrad was born on September 30, 1984. She is one of two children born to Cynthia Matthias Conrad and Gary Conrad.

Jennifer’s parents and her brother, Jason Conrad, live in Langhorne, Pennsylvania. Her mother, Cynthia, is an independent consultant for Touchstone Crystal by Swarovski.

After his last marriage ended, Keyshawn reportedly began dating Jennifer Conrad in 2008. They were married in 2014, however, their wedding invites became a hot topic of discussion.

Johnson reportedly sent out the wedding invites on brand new iPad 4s! The devices came pre-programmed with interactive invites, the wedding itinerary, and a photo gallery of the couple and their family.

Barely a year into their marriage, the newlyweds apparently hit a roadblock. They filed for divorce in March 2015.

Three years later, a judge dismissed the divorce filing in 2019 due to inactivity. Jennifer Conrad and Keyshawn Johnson are still married and going strong.

Johnson even weathered cheating allegations during their marriage. The alleged other woman reportedly sued Johnson for paternity tests and child support.

Keyshawn Johnson was married to Shikiri Hightower from 1998 to 2002. They are parents to Maia Johnson and Keyshawn Johnson Jr. Their daughter, Maia, tragically passed away in 2021 at the age of 25.