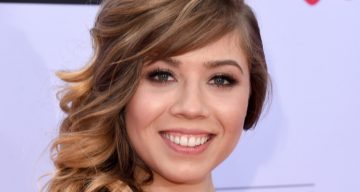 Jennette McCurdy is a multi-faceted star. She can act, sing, write, and produce, and she is just 24 years old! Her fans absolutely love her and they keep waiting for her to showcase more of her talent. McCurdy hasn’t disappointed them at all!

Viewers will surely remember actress Jennette McCurdy as Sam Puckett from the Nickelodeon sitcom, iCarly and its spin-off show, Sam & Cat. McCurdy is an actress, screenwriter, singer, songwriter, and record producer who is just 24 years old. She was born on June 26, 1992 in Long Beach, California, and grew up in Garden Grove, California. The actress started her successful career in the late 2000s and early 2010s as a child star. Where is Jennette McCurdy now? Well, she’s certainly grown up since her Nickelodeon days! Her fans are searching for Jennette McCurdy’s hot pics and Jennette McCurdy’s sexy pics online. Take a look at some of the best pictures from Jeanette McCurdy’s Instagram.

McCurdy started acting at the age of eight in 2000, when she appeared on MADtv. After that, she appeared in many TV shows like CSI, Malcolm in the Middle, Will & Grace, Zoey 101, Law & Order SVU, Judging Amy, The Inside, and Close to Home. She even got to act alongside one of her icons, Harrison Ford in the movie Hollywood Homicide. Her breakthrough role came with the part of Sam Puckett in iCarly, where she acted in until the series finale in 2012. In August 2014, McCurdy launched the online show, What’s Next for Sarah? She not only acted in it but was also the writer, executive producer, and editor of the show. She says that it is loosely based on her own life.

From 2015, McCurdy has been acting in the Netflix drama series Between, where she plays Wiley Day, a pregnant teenage girl. Right now, the actress is busy working on her own projects that she is developing with digital production company, Canvas Media Studios. Few people know that McCurdy is a writer, as well. Since 2011, she has been writing articles for The Wall Street Journal, where she’s covered topics like Shirley Temple, body shaming, and the corporate culture of smoke and mirrors. She also writes for the magazine Seventeen, as well as The Huffington Post. McCurdy is definitely one talented lady!

A Change in Direction

I've never actually smoked. This was for a movie. (Don't worry, grandma)

McCurdy has worked on her musical career as well throughout the years. She has released two albums so far, Not That Far Away and Jennette McCurdy, which spawned hit songs like “So Close,” “Homeless Heart,” “Stronger,” “Put Your Arms Around Someone,” and “Break Your Heart.” She has been thinking about her musical career deeply and took time to see where she should take her music.

Busy As a Bee

Those of you who are wondering what kind of person McCurdy is should check out her social media accounts. Jennette McCurdy’s Instagram account is full of pictures of herself, professional photoshoots, with family and friends, her shows, nature shots, as well as the places she has traveled to. McCurdy is a positive, happy, and enthusiastic person, who is always exploring her talent to entertain people. At 25, she has her whole life in front of her, and there is no doubt that the multi-talented and hyperactive star will make the best of it!