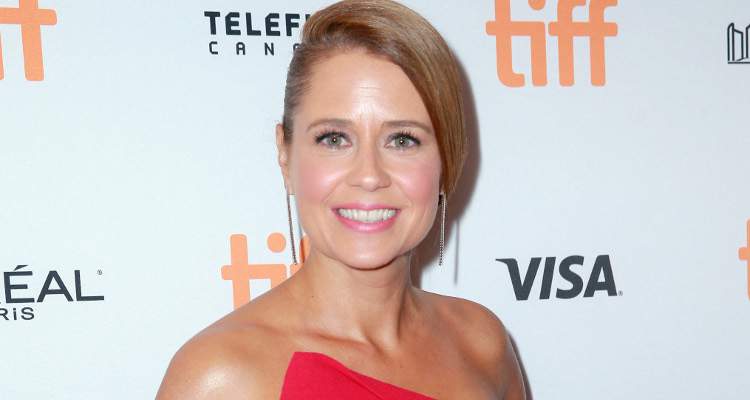 Lee Kirk is slowly turning out to be an inspiration for men who are either workaholics or home sloths. Kirk, who is Jenna Fischer’s husband, is accomplished as a professional and spends a great deal of his free time with his family. Read all about him in our Lee Kirk wiki, right here.

Kirk is well known for being an accomplished actor, director, and writer. Some his movies include Pants on Fire (2008), The Man Who Invented the Moon (2003), and The Giant Mechanical Man (2012), to name a few. His name is also associated with a play titled Sad Happy Sucker, which was produced in Los Angeles in 2009.

The actor announced his engagement to Jenna Fischer in June 2009, and the happy couple got married the following year on July 3. Jenna Fischer And Lee Kirk have two children together.

In an interview following the launching her book titled The Actor’s Life: A Survival Guide, Fischer talked about a typical Sunday in the Kirk household.

My book is out today!! The Actor's Life: A Survival Guide. It's a book of advice and encouragement for young aspiring or struggling actors. It's filled with practical information plus lots of personal behind-the-scenes stories (including some good Office ones). It's also great for any parents with kids who want to be actors or people curious about what really goes into an acting career. And some of the information can apply to anyone with a dream or who might be feeling stuck or discouraged on their career path. I'm here to cheerlead and support and to thank you for your years of support!! #theactorslife #book

Fischer said, “Sunday still includes coffee, doughnuts and the newspaper. Then it usually involves some sort of sports game or kids’ birthday party or play date or something like that. But the mornings are the same. We usually start with Dad going to get doughnuts, usually with one or both kids in their pajamas. There might be a stop at Starbucks, and we get the Sunday New York Times delivered to our house and we let the kids watch cartoons in the morning. It’s that same sort of pajama day, as we like to call it.”

There is not much of information about Lee Kirk’s age available, nor is there much about where exactly his wealth came from. But according to a source, Kirk’s net worth is estimated to be around $250,000.

#tbt Me and my husband Lee Kirk. His new movie, Ordinary World, starring Billie Joe Armstrong comes out October 14th! We don't talk about one another much publicly but I couldn't be more proud to be his wife. It's already been six years! He's a talented filmmaker, awesome father, loyal friend and loving husband. #love

Since Kirk is multitalented and has worked in so many movies, we are sure that the man has got what it takes to be Jenna Fischer’s husband.

She’s definitely got a great sense of humor!

Despite his busy schedule, Lee Kirk is wonderful husband and father who loves to spend quality time with his family.