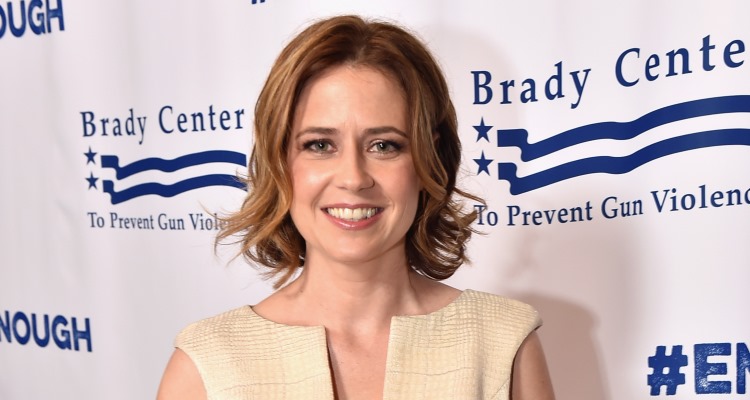 It’s been years since The Office was on our TV screens, but that doesn’t mean we can just forget about the actors who made the show the success that it was. Yesterday was Jenna Fischer’s birthday and the Office alum turned 43 years old!

Anyone who is still a Pam Beesly fan wouldn’t mind getting to know the woman behind everyone’s favorite secretary. Fans of the Office alum, have been searching for everything from Jenna Fischer’s hot pics to Jenna Fischer’s kids, but we’ve got all the information you need to know on her, right here!

Regina Marie “Jenna” Fischer was born on March 7, 1974 in Fort Wayne, Indiana, but she currently lives in Los Angeles with her family. She was named after her grandmother, but her family always called her by Jenna. She was raised in St. Louis, Missouri by her mother Anne (nee Miller), a history teacher and her father James, an engineer. She also has a younger sister named Emily, who is a third-grade teacher. Jenna holds a Bachelor of Arts in theatre, as well as a minor in journalism from Truman State University.

Jenna Fischer Tried out for The Price Is Right!

Thanks to the official Jenna Fischer Instagram (msjennafischer), we have been able to learn a lot more about her than we probably would in an interview. Before fans started watching Jenna Fischer’s movies and TV shows, she auditioned to be a contestant on The Price Is Right! She posted a throwback image on Instagram with the caption: “#tbt When I first arrived in LA, I waited in line to be a contestant on The Price is Right. I got in, but I never made it onstage. #denimvest #reginaUpdate: for those of you asking, Regina was my grandmother’s name but my parents always called me Jenna.”

Clearly, Jenna was meant to do more than be a one-time winner on The Price Is Right! She landed her most famous role of Pam Beesly on the long-running hit show, The Office, and fans fell in love with her adorable character and her hilariously dry humor.

#tbt When I first arrived in LA, I waited in line to be a contestant on The Price is Right. I got in, but I never made it onstage. #denimvest #regina Update: for those of you asking, Regina was my grandmother's name but my parents always called me Jenna.

She’s Not Alone on Her Birthday

Jenna isn’t the only one who has a birthday on March 7—she has company! She shares her birthday with The Mummy alum and wife of Daniel Craig, Rachel Weisz, 47, Orange Is the New Black star Laura Prepon, 37, and Breaking Bad star Bryan Cranston, 61. Not a bad group of people to share a birthday with, if you asked us!

Working the carpet. #moniquelhuillier #ballgown #correspondentsdinner Thank you @people we had a great time!! #WHCD

She Has a Gilmore Girls Connection!

No, she wasn’t a long-lost member of the Gilmore family or even a friend of Rory’s. Her Gilmore Girls connection is behind the scenes, not on camera. She grew up with Sean Gunn, the actor who played Kirk, the loveable yet annoyingly present character, who had a new job every week in the show’s town of Stars Hollow. They met in an acting workshop taught by her mother. Luckily Gunn is nothing like Kirk in real life!

Jenna was first married to Sean Gunn’s brother, screenwriter James from 2000 to 2007 and they remained friends.

If you’re a fan of The Office, you may feel that there would be no better husband for Fischer than that of her co-star, John Krasinski. The on-screen couple have given fans of The Office serious #PamandJim couples goals, but alas Jim Halpert is just her better half on the show! 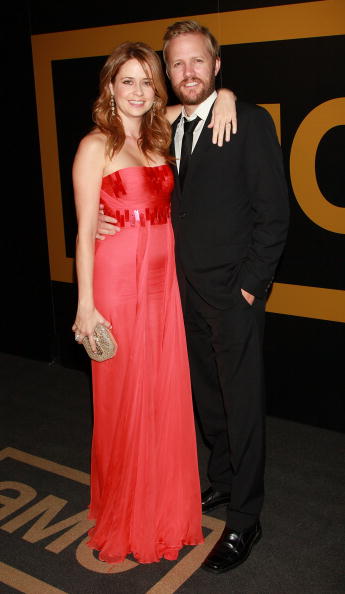