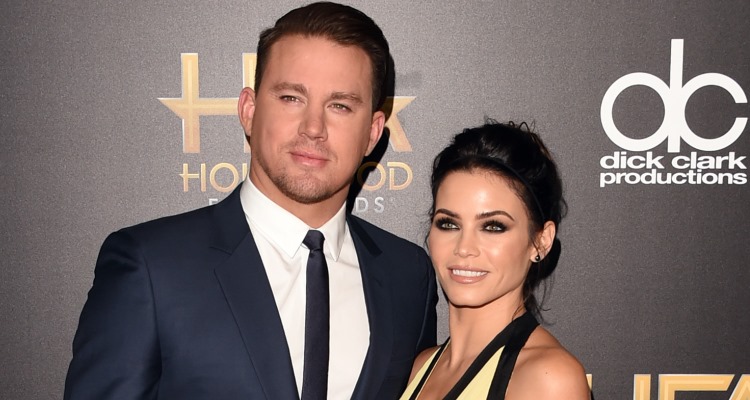 Channing Tatum’s wife Jenna Dewan dressed up as a sparkling unicorn for Halloween 2016 and it is out of this world! She debuted her costume in a few photos on Instagram (@jennaldewan) and for her first photo she received 101,000 likes! However, the best photo of them all has over 224,000 likes, as viewers can see her silver sparkling hair, shimmering horn, purple and blue tresses, and glittery gems around her eyes and neck. Her look is totally magical! To give a nod to her unicorn majesty, we’ve got some interesting facts to share about the woman who Channing Tatum is married to, plus we’re sharing one of her gorgeous Instagram pics of her costume that you need to see!

The headline says it all—these two are meant to be together! In July 2016, they celebrated seven years of marriage and took to Instagram (@channingtatum) to share their love for each other. They first met in 2006 on the set of a film the co-starred in called Step Up and began dating shortly after the filming ended. They were engaged two years later in September 2008 in Maui, and tied the knot in 2009 at Church Estates Vineyards in Malibu, California. Her actor and dancer husband holds nothing back when professing his love for her on social media and it’s all kinds of adorable! 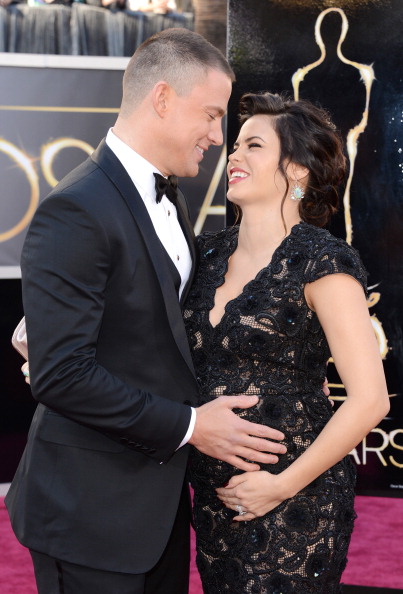 They Have One Child Together

If you’re searching “Channing Tatum’s kids” the couple only have one! Everly Elizabeth Maiselle Tatum was born May 31, 2013 in London, England. Earlier this year, Channing posted a black and white photograph on Instagram of Jenna holding their baby in her arms as they rested. To wish their baby girl a happy third birthday he wrote:

“I took this just days after jenna and I (mostly jenna) brought our little girl into the world. I’ve taken many like it over the past 3 years but this is one of my favorites. She was so tired. Haha. But she has such deep strength and other worldly grace. Watching her in those first days transform into a mother was life changing. She was every bit the beautiful, sexy, funny, flawed creature I fell in love with. But the prism turned and showed a whole new light that I had no idea existed, the light of a mothers love. Thank you for that baby. Saw this quote today –” The most important thing a father can do for his children is to love their mother. Theodore Hesburgh” there are a lot of important things in being a father. Who knows what the most important thing is? All I know is that in my case this is pretty high on my list. Love you cake!”

Talk about romantic! While many celebrity couples are separating, this couple remains true to their relationship.

Jenna Dewan Tatum, born December 3, 1980, made her acting debut in the feature film comedy The Hot Chick in 2002. She also acted in two episodes of The Young and the Restless in 2004 as Donna. Her biggest moments of fame were from her two dancing roles in the 2006 movies Take the Lead and Step Up. More of her roles include The Grudge 2 (2006), American Horror Story (2012), Supergirl (2015-16), and No Tomorrow (2016). Out of all of Jenna Dewan’s movies, Step Up remains a fan favorite. Check out the trailer to get those nostalgic feelings back!

Here are some interesting facts you may not know about Jenna! She is an animal rights activist and a vegan. Even though she is raising their daughter as a vegetarian, she will allow her to eat she wants when little Everly grows up. Another interesting fact is that she and her husband started their own production company called 33andOut Productions.