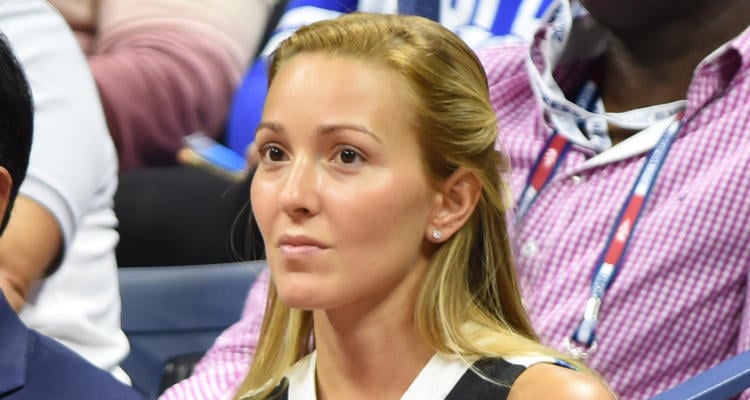 Serbia’s Novak Djokovic won his fifth Wimbledon title in July 2019 by beating Roger Federer in the finals. And Djokovic credits his wife for helping him get better. Novak Djokovic has been married to Jelena Djokovic for a few years now and has been a constant supportive presence for him on and off the court. They have weathered several rumors and come out stronger. Avid tennis fans are curious about the great tennis player’s wife and kids, so we’ve got Jelena Djokovic’s wiki for everything on her.

Born Jelena Ristić on June 17, 1986 to  Miomir Ristic and Vera Ristić, Mrs, Djokovic is of Serbian nationality, much like her tennis superstar husband. She and Novak met back in 2005 as teens when they attended high school together in Belgrade.

The tennis legend even confessed about his failed attempt to make an impression on their first date. Jelena loved steak and Novak ordered a steak tartare, not knowing it was raw meat! Obviously their connection was too strong for some raw meat to keep them apart.

The couple got engaged in 2013, when Novak reportedly proposed to Jelena in a luxurious manner. The couple married in July 2014

They Have Two Children

Jelena and Novak welcomed an adorable baby boy, Stefan, in October 2014, shortly after their wedding. Their daughter, Tara was born in 2017.

Novak said in an interview that being parents changed their lives. “She [Jelena] would agree that when we became parents four years ago, that has completely shifted our world upside down,” said Novak.

Back when Mrs. Djokovic was still Jelena Ristic, she was a studying business after graduating high school. After completing her Business Administration studies from the Bocconi University in Milan, she went on to study Luxury Management and Services at the International University of Monaco. With such an impressive educational background, it’s no surprise that she’s working on her PhD in Management!

However, Jelena turned all the career opportunities to be a full-time mom and supportive wife on the court. Novak shares his wins with her, as he says, “She was having a lot of opportunities for her own career but she sacrificed that in order to live my career, live my dream in order to save the relationship.” He further adds, “I am grateful for her and what she has done for our relationship and for me and I keep on continuing to learn from her so much.”

She’s the CEO of the Novak Djokovic Foundation,

With such impressive management qualifications, it’s no surprise that Jelena is the CEO of the Novak Djokovic Foundation, established in 2007. The organisation’s aim is to help disadvantaged children with opportunities for education.

The Novak Djokovic Foundation may be named after her husband, but it is Jelena who is the one working towards its goal. Jelena has always had an affinity for children and a passion for education rights.

She Had a Brief Modeling career

In 2013, Jelena tried her hand at modeling for Figleaves, a swimwear brand. She confessed that as much as she enjoyed modeling, she doesn’t have much time for it. It’s understandable, since Jelena has a lot on her plate with her children, her humanitarian work, and cheering on Novak during all his matches!