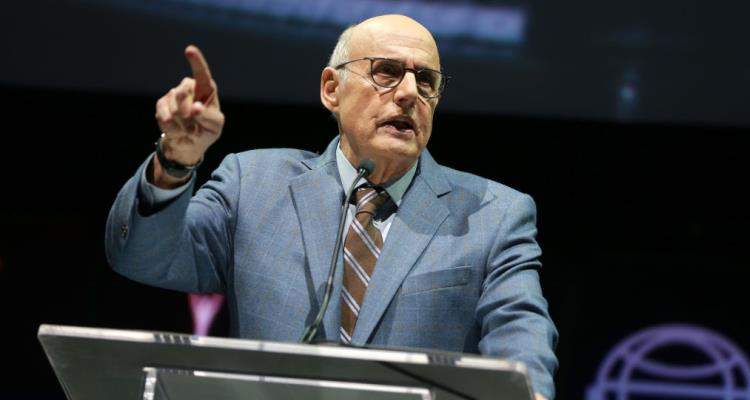 The Jeffrey Tambor sexual harassment allegations began just over a week ago when Amazon Studios opened an investigation into him to find out the truth. Transparent’s Jeffrey Tambor was first accused by his former assistant Van Barnes, a trans woman whose allegations led to the internal investigation by Amazon. This was followed by Lysette who claimed he made lewd, sexually suggestive remarks to her, and that he pressed up against her in an aggressively sexual manner during a film break. Lysette advocated for Amazon to “remove the problem and let the show go on,” and an Amazon spokesperson responded saying: “This information will be added to the ongoing investigation.”

He Has Denied the Allegations

On Thursday, Tambor denied the accusations saying, “For the past four years, I’ve had the huge privilege–and huge responsibility–of playing Maura Pfefferman, a transgender woman, in a show that I know has had an enormous, positive impact on a community that has been too long dismissed and misunderstood. Now I find myself accused of behavior that any civilized person would condemn unreservedly.” He added that he has not always been the easiest person to work with and that he can be “volatile and ill-tempered… But I have never been a predator–ever. I am deeply sorry if any action of mine was ever misinterpreted by anyone as being sexually aggressive or if I ever offended or hurt anyone. But the fact is, for all my flaws, I am not a predator and the idea that someone might see me in that way is more distressing than I can express.” The two claims have made people wonder; is Jeffrey Tambor gay? Or is he just having a hard time differentiating between his role and real life? No details have been given about those rumors as of yet, however, Lysette commented on Tambor’s unusual behavior saying, “One minute Jeffrey is lovely, the next it’s a temper tantrum or flirtation.”

When he was young, Jeffrey Tambor began his start in the industry after taking acting classes. He studied at Wayne State University and later taught at his alma mater. He began acting in 1981 on Three’s Company, playing different characters. He also acted on the show’s spinoff, The Ropers. Those roles got him the attention he needed to land one of his biggest roles as Hank Kingsley on The Larry Sanders Show from 1992 to 1998. Tambor kept acting after the show’s six-year run, appearing on Arrested Development (2003-2006 and in 2013), and in the online series, Transparent in 2014. For his role as a trans woman in Transparent, he won a Golden Globe and multiple Emmys. At 73, Jeffrey Tambor’s wife is still Kasia Ostlun. The couple married in 2001, and they have a big family of five children together.