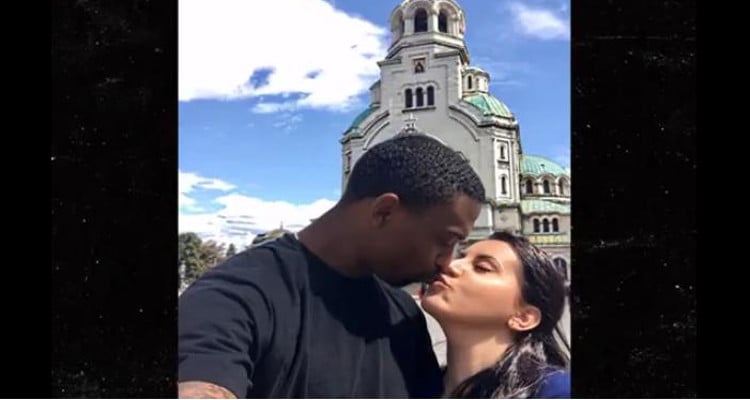 Michael Jordan’s son, Jeffrey Jordan announced his engagement with 20th Century Fox TV distribution team lead Radina Aneva. We have everything you need to know about her, including pics of Jeffrey Jordan’s fiancée right here!

Last November, Jeffrey Jordan popped the question to his girlfriend, and she said “yes!” Who wouldn’t going by the size of the ring he gave her! Here’s what you need to know about Jeffrey Jordan’s fiancée, Radina Aneva.

#1. Another Reason to Smile

Radina Aneva is Bulgarian and a graduate of Mathematics and Computer Science from Sofia University St. Kliment Ohridski in Bulgaria. According to her Linkedin profile, she moved to the States in 2016, after working  in Bulgaria until the end of 2015.

#2. Love for Basketball and All That Comes with It

Got to watch my first NBA game yesterday, thanks to my plug ???. Had so much fun! #mavs #lakers #nba #basketball pic.twitter.com/dZHA8dKLc3

Aneva has worked for 20th Century Fox since 2016. She started off as in accounts receivable, and was responsible for the analysis of customer financial statements, monitoring accounts, as well as resolving invoicing issues.

#3. When the Jordans Inspire You!

She was promoted to TVD team lead in 2017, and now works to maintain a regulated flow of daily work, and oversees day-to-day operations.

She now lives in the Greater Los Angeles area, and by the looks of her job, she’s living a pretty comfortable lifestyle —just like her beau!

Jeffrey Jordan, 29, popped the question with a massive ring while they were vacationing in Hawaii. since then, Aneva has been showing off the ring on social media, captioning one photo,  “Thankful for all the growth, life lessons, success and love I experienced this year. Looking forward to planning the future and starting a family with my best friend.”

#issaforeverthing this must be my fav candid of us ❤️ pic.twitter.com/Ear4NQcjWB

This wedding is surely going to be a high-profile one, and judging by how low-key the two have been, we wouldn’t be surprised if the guest list was just as intimate. But you can be sure that big names will be there, making it a very illustrious affair!

Aneva constantly posts pictures of her fiancé on social media, and is very supportive to the son of a legend. Thanks to their pics, we know that they travelled to Cabo and Venice!

Aneva’s family still lives in Bulgaria, and by the looks of her social media, she’s close to her sister. The duo posed for some pretty cute photographs, and Aneva regularly mentions how much she misses her family.

We can’t wait to get more details of Jordan and Aneva’s wedding, including what her dress will look like! With Meghan Markle and Prince Harry’s wedding coming up this spring, we wonder when basketball’s royal couple will tie the knot.

Dear #snapchat, what will I do without you? ? pic.twitter.com/SIc9laHjwT

It looks like the two are already planning the big day, as Aneva posted a picture of her looking through wedding guides. The new year is already magical for both Jeffrey Jordan and Radina Aneva. Congratulations to the happy couple!