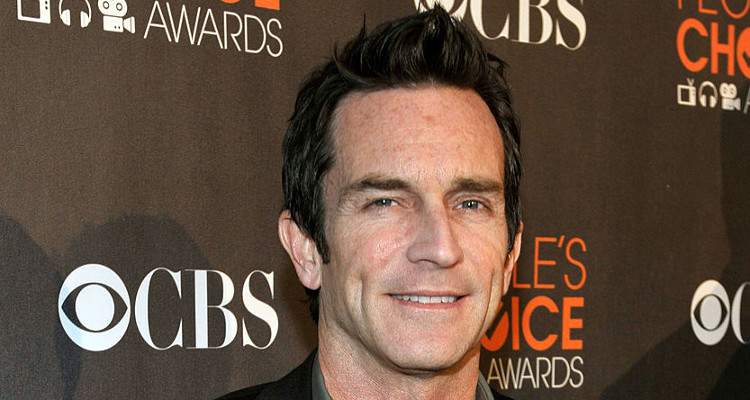 The season finale of Survivor: Heroes vs. Healers vs. Hustlers ended on an epic note last night, with Ben Driebergen taking home the prize money of $1.0 million and the coveted title as the winner! It was also another great season for Survivor’s host, Jeff Probst, who has been hosting Survivor for 35 seasons now. Now that’s a major achievement! Keep reading to find out more about Survivor’s charismatic host in our Jeff Probst wiki.

Jeff Probst, Survivor’s leading man for 17 years, is one of television’s most well-known faces. And last night’s Survivor season finale just proved why Probst is a popular, award-winning television host.

We love Probst’s engaging commentary, his ability to keep viewers spellbound with new twists and turns, and his skill to create tasks that give Survivor contestants a run for their money!

If you’re new to the show and are wondering who Jeff Probst is, we have everything you need to know about him, right here.

Who Is Jeff Probst?

Born on November 4, 1961, in Wichita, Kansas, Jeff Probst’s age is 56. His parents raised him in Bellevue, Washington.

Joining culinary school was Probst’s plan after graduating from high school, but he soon found out that he was more interested in television production. He went on to attend Seattle Pacific University and worked as a producer and video narrator at a motion picture/television studio.

Jeff Probst’s most famous television project is Survivor, but he has also guest-starred on a few shows like How I Met Your Mother, Life in Pieces, and Two and a Half Men, among others.

Probst has worked on two feature films, Finder’s Fee and Kiss Me. He had also hosted a self-titled daytime talk show, but the show did not make it past the first season.

The Charming Host of Survivor

Jeff Probst not only hosts the epic reality show, but he is also one of the series’ executive producers. Probst has won multiple Emmys for his role as host on Survivor.

The tribe has spoken! ? #Survivor season finale is tomorrow!

In 2011, The Los Angeles Times attributed Probst’s success to his ability to take hosting to the next level. Not much has changed since then. The show’s ratings are excellent, and with season 36 of Survivor already in the pipeline, Probst is still one of the most successful reality show hosts out there!

Probst has struck a chord in fans with his role as a delightful host, as well as a counselor. His ability to understand and resolve contestants’ struggles is clearly seen in each season of Survivor.

Jeff Probst shared how the first season was his most memorable and said, “The entire season is still my No. 1 highlight. From the opening moments of the contestants walking through a small fishing town in Malaysia to the “snakes and rats” speech by Sue Hawk to Richard Hatch being crowned the first winner, it remains the most magical 39-day period of my professional life.”

The three factors that determine it all at #FinalTribal. #Survivor pic.twitter.com/Isl2gP3CCG

With his incredible Survivor success, Jeff Probst’s net worth is an estimated $40.0 million, according to sources. He reportedly earns a salary of $4.0 million every year!

What’s Next for Jeff Probst?

Probst is already looking forward to next season of Survivor and gave us a tiny peek of last night’s episode.

Survivors ready? The next season of #Survivor will return Wednesday, February 28 at 8/7c!

Season 36 will be known as Survivor: Ghost Island, and in Jeff Probst’s words, it’s “the graveyard for bad Survivor decisions.”

Survivor returns in the spring on CBS, and we can’t wait to see what Jeff Probst and his crew have in store for us next season!