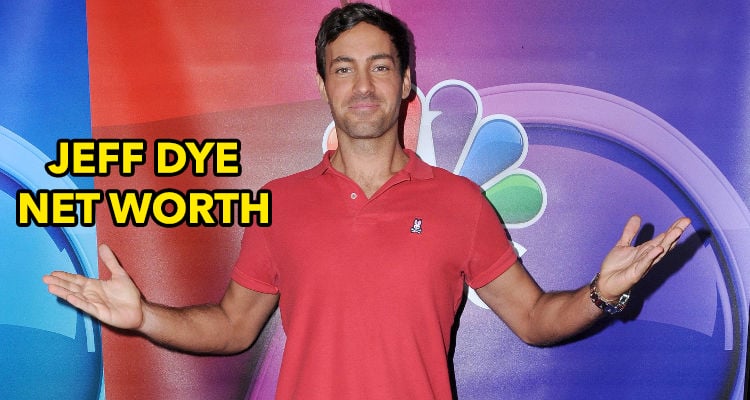 Jeff Dye is an American Comedian and Actor whose resume boasts of an impressive comedic career. Having been a finalist in NBC’s stand-up comedy series, Last Man Standing and being a part of several TV shows, Dye has made some big earnings. So, just how much is the young comedian worth you ask?

That’s some major progress from 2013 when the self-proclaimed Big-Foot enthusiast comically tweeted, “My net worth is 8 hundred dollars.”

Here are some facts about this young comedian’s stellar career:

Success at the Start of His Career

Three years since he embarked on his comedic career, Dye had become a nationally touring stand-up artist, an actor and host. After graduating high school in Seattle, Dye performed at Giggles Comedy Club and from there gained national fame on Last Man Standing. He also did a 50 city tour with the other participants of the show!

Dye has hosted two MTV shows in the past, Numbnuts and Money from Strangers. He was part of Comedy Central Presents Jeff Dye and ABC’s Extreme Makeover: Home Edition and also appeared on Girl Code. He hosted MTV’s Club New Year’s Eve 2013 Live from Time’s Square. He also had a successful run on NBC’s game show, I can do that. Now, for his latest venture, he will take on the role of the ‘travel guide’ on NBC’s reality-travel show, Better Late than Never.

Better Late Than Never is the American adaptation of the popular South Korean variety show, Grandpas over Flowers. The show conceptually centers around four veteran celebrities who backpack around the world, minus any luxuries and one youngster who acts as a travel guide and host of the show. Celebrated actor Wiliam Shatner, former Super-Bowl winning quarterback Terry Bradshaw, Actor-director-producer Henry Winkler and former heavyweight boxing champion George Foreman comprise the main cast. 33-year-old Dye joins the star-studded cast on their extraordinary Asian adventure as the ‘human navigator’. Already, his hilarious antics has garnered quite some attention.

Jeff Dye has been gaining a lot of fame through Better Late Than Never, and he’s already teased about his future works on social media. It’s definitely worth looking out for this man who wants to spread positivity through laughter!