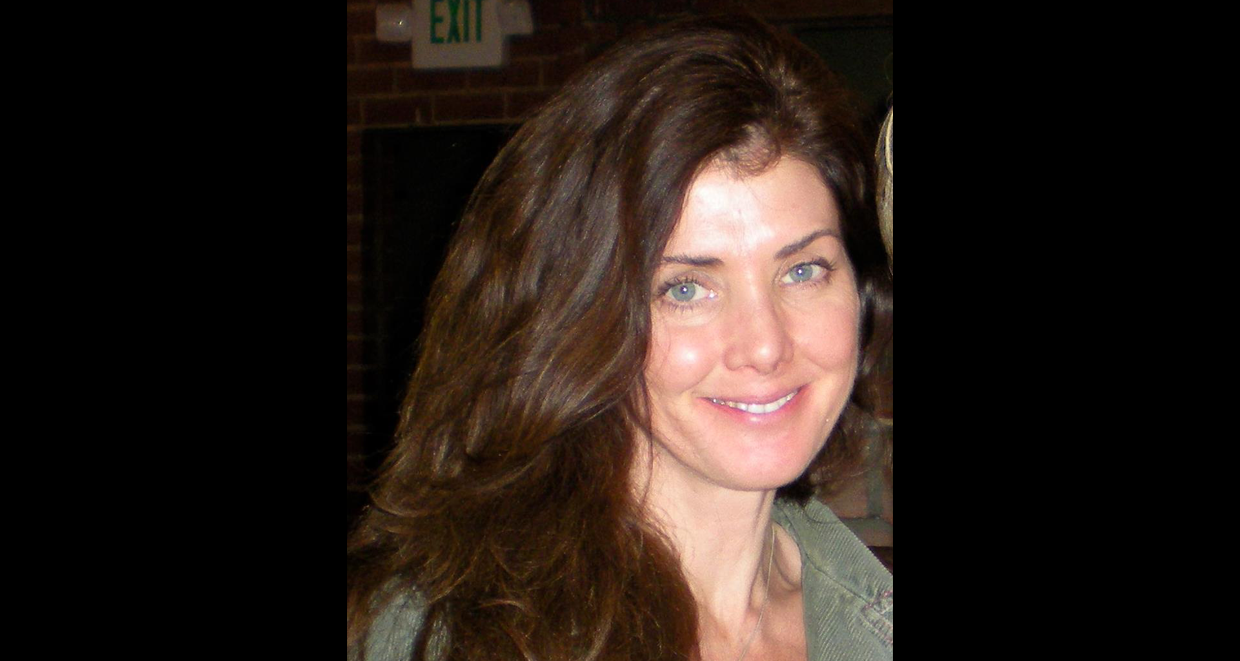 Game shows and their hosts have come and gone. But Alex Trebek as the host of the long-running game show, Jeopardy, continues to be a mainstay of our TV viewing. While the popular host with an estimated net worth of $50.0 million is the center of attention wherever he goes, Alex Trebek’s wife tends to stay out of the spotlight.

Alex Trebek has spent more than three decades trying to get the right question out of contestants on Jeopardy. On the domestic front, he popped the right question to Jean Currivan almost 30 years ago, and they’ve been married ever since.

Currivan prefers to keep a low profile but is always by her husband’s side. Recently, while talking with TMZ’s Harvey Levin, Trebek explained that he was a “brother” back in the ’80s…and yes, in that context. He said he was “out there in the Afro-American community as a brother“ in the 80s. He went on to explain that he had an afro and a “dark tan” at the time and, well, his words raised a more than a few eyebrows. Regardless, we’re sure his adoring wife’s got his back as always! But who is she?

We’ve got Jean Currivan Trebek’s wiki to shed some light on the Jeopardy host’s wife.

Born on September 3, 1963, Jean Currivan Trebeks’s age is 54. She hails from Huntington, New York where she graduated from Harborfields High School in 1982. 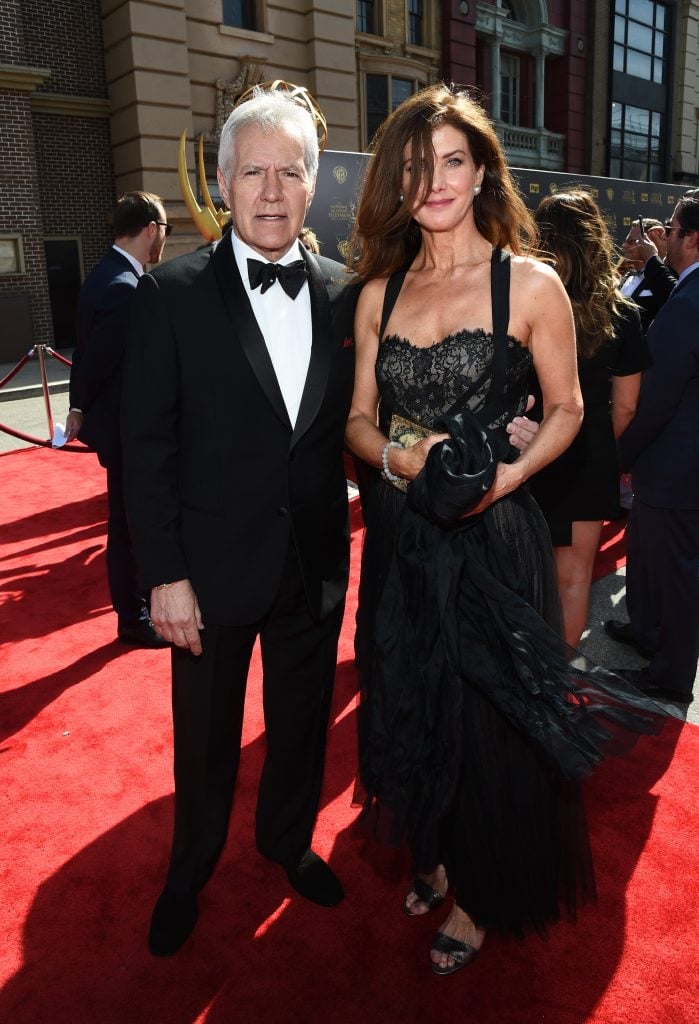 Trebek and Currivan married on April 30, 1990, when she was 26 and he was 49. A month before their wedding, he bought 35 acres of land in Hollywood Hills for $1.5 million and planned to build their marital home there.

This couple initially struggled to look past their age gap.

“At first it worried me,” Trebek admitted. “But then I thought, ‘The hell with it. We’ll make it work.’”

“I can understand why he was cautious about being with a younger woman,” Currivan confessed. “So I didn’t try to push him. We just took it one day at a time.”

They were able to make it work, and Currivan also bonded with her mother-in-law, Lucille Lagacé.

He Proposed to Her on Her Birthday

Alex Trebek was previously married to Elaine Callei, a former Playboy Bunny, before they divorced in 1981. After the divorce, his friends were trying to set him up with several women. But that ended when he met Jean Currivan at a party.

He invited her to his house for dinner after their first meeting. Currivan was understandably nervous about dating the Jeopardy host, and she was afraid she’d make a fool of herself during the date.

Currivan didn’t have anything to worry about because they clearly hit it off. Two years later, she was celebrating her 26th birthday at Trebek’s home. She thought the pair of black velvet pants with a matching bolero jacket was the only present she was getting from him that year.

She made an appearance on Jeopardy during the Valentine’s special this year, where she recounted how he proposed. She said she was about to return home when he presented a handmade wicker basket to her.

“When I opened it, I saw a beautiful emerald ring, and Alex asked me to marry him. I had tears in my eyes and said, ‘Yes, of course.’”

The massive rock Trebek proposed with was 16 carats! The main rock was surrounded by six carats worth of diamonds.

Trebek claims she ran out crying right after he proposed. Currivan counters the first thing she did was run out to show the ring to Trebek’s mom.

They Have Two Children Together

Trebek didn’t have children with his first wife, but he was the adoptive father to her daughter from a previous marriage. Three weeks after their wedding, Currivan found out she was pregnant with their first child together. 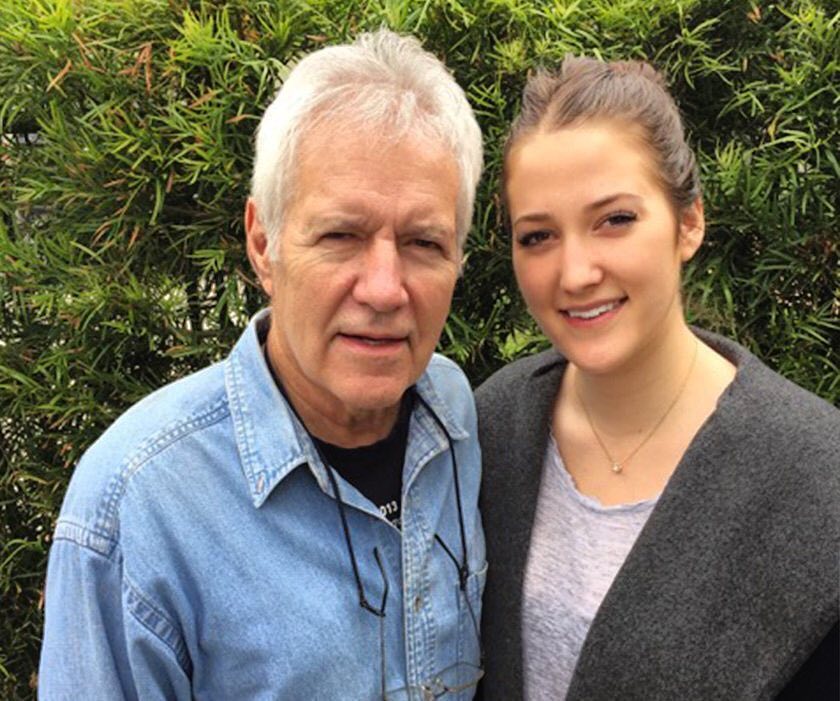 Jean Currivan and Alex Trebek are parents to Matthew and Emily Trebek.

Matthew Trebeck graduated from Fordham College in 2013 with a degree in philosophy. He worked as a bartender during his college days.

Soon after graduating, he became a restaurateur in New York with the Mexican street food restaurant, Oso. Currivan was one of the first investors in setting up Oso.

Trebek however, was confused with his son’s career move and didn’t invest.

“[But now] he’s definitely supportive, even though it’s an industry that’s kind of foreign to him,” Matthew Trebek said.

The professional host also set up a scholarship at Fordham University for sharpening his son’s career.

Their daughter, Emily Trebek, graduated from Loyola Marymount College in 2015. She intended to follow her mom’s career path in real estate and enlisted her dad’s help to flip her first house.

Alex Trebek is an avid DIY man who was constantly fixing and renovating parts of the family home. His daughter consulted him on renovations for homes she was going to flip, and his advice was always practical.

Neither Matthew nor Emily Trebek were attracted to a Hollywood career. As Matthew Trebeck put it, “My mom and I are much more reserved and shy, and my dad and my sister are a little more outgoing and [want] to be the entertainment people.”

She Worked in Real Estate

When Trebek met Currivan, she was a real estate project manager. Her professional status after marrying Trebek is not known.

The deeply religious Currivan and her family attend the North Hollywood Church of Religious Science. She’s active in the community and is the president of the board of trustees of the church.

Jean Currivan Trebek is also a licensed Practitioner of Religious Science. It is like a spiritual coach for those going through a difficult period in their lives.