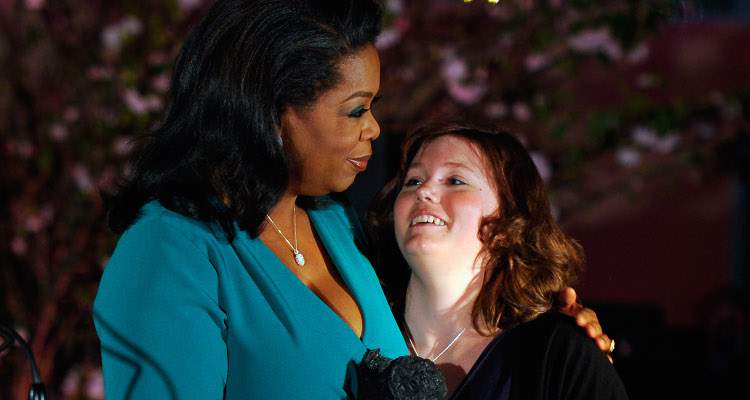 Hope is a powerful thing, and there is nobody better than Jaycee Lee Dugard to inspire us all. A little girl, all of 11, was abducted in 1991, and after enduring monstrous situations for 18 years, Jaycee Dugard was reunited with her family. The harrowing story that comes with a happy ending, only leads us to ask; where is Jaycee Dugard now?

Jaycee Lee Dugard’s daughters were born in captivity but are now healthy, intelligent, and normal kids. They have also perhaps endured psychotic behavior by their mother’s predator when they were far too young. But, thankfully, now, after seven years of freedom and a full knowledge of their true family, the children, along with their mother Jaycee Dugard, live a life of normalcy, happiness, and hope. Find out all the details in our Jaycee Lee Dugard wiki, right here.

Innocent, Sweet, and on Her Way to School

Jaycee Lee Dugard was born on May 3, 1980, making her current age 37. Dugard was born to mother Terry Dugard and father Ken Slayton, but Slayton was unaware of the birth of their child. Terry married Carl Probyn, and they had another baby girl, Jaycee’s half-sister, when Jaycee was 11. The family had moved to a rural town in South Lake Tahoe, California as they had thought it was a safe place to stay.

On the morning of June 10, 1991, after Terry Dugard (who was a print house typesetter) left early for work, Jaycee began her walk to board her school bus. At the time, all Jaycee was worried about was a school trip that she was going on in a few days because she was a shy girl.

Dugard was in her favorite pink outfit, and as she made her way up the hill, a gray car stopped by her. Dugard thought that the man wanted directions, but before she knew it, he tased her with a stun gun and dragged her into the vehicle. Dugard’s stepfather Carl Probyn witnessed the whole kidnapping and chased the vehicle on his mountain bike, but failed to overtake the car. He watched as the car drove away with his stepdaughter inside. Dugard drifted in and out of consciousness in the car during the three-hour ride to her kidnapper’s home.

18 Years of Captivity with Hope for Freedom

The convicted monsters who had kidnapped Jaycee Dugard were a sex offender named Phillip Garrido and his nursing aide wife, Nancy Bocanegra. By grabbing Jaycee from the streets, Nancy had collected her as a prize for her husband, Phillip.

– #fbf – 25 years ago today (1991), Jaycee Dugard, age 11, was kidnapped in South Lake Tahoe, California by Phillip Garrido. She would be help captive for 18 years. During which she gave birth to children. Dugard was sentenced to 431 years and his wife got 36 years. Dugard appeared to be suffering from Stockholm Syndrome when she was finally found and questioned. – #jayceedugard – #phillipgarrido – #nancygarrido – #southlaketahoe – #stockholmsyndrome

Garrido was previously arrested for the kidnap and rape of Katherine Callaway, back in 1976, and there was even a domestic violence allegation levied against him by his previous wife, who he had married in 1973. He was arrested and sentenced to a 50-year federal sentence in 1977 at the Kansas State Leavenworth Penitentiary.

This was where he met Nancy Bocanegra and married her in 1981 in prison. Garrido was then released from Kansas and taken to Nevada, where he served seven months and was let out on parole. Garrido lived with his elderly mother in Antioch, while he wore a GPS-enabled ankle bracelet that kept track of his whereabouts.

The Garridos brought the child to their home in the Contra Costa County and had handcuffed Jaycee before letting her into a small shed-like room, where she was held captive for 18 years.

How Was Jaycee Lee Dugard Found?

One day, Garrido took Dugard’s daughters to the police office at the University of California, after he had dropped off an essay on how he cured his criminal sexual behavior at the FBI office. He went to the university’s special events manager, looking to hold a program of his own on “God’s Desire.”

Lisa Campbell was in charge and when she spotted the two girls (who were submissive and as pale as if they had never been out in the sun), she asked him to make the appointment for the next day.

He left his name in the register while he made an appointment, and after a background check, it surfaced that Garrido was a sex offender.

She immediately called the parole office and narrated the incident, and when the officers reached Garrido’s home, he was handcuffed and a search of his home began. They only found Nancy and Garridos’ mother, and he was ordered to bring them all to the parole office the very next day.

Garrido mentioned that the girls were ‘daughters of a relative,’ and that he had the permission to take them along. Jaycee and her daughters were brought to the parole office where she was introduced as “Allissa, ” and when asked about her daughters, she chimed about how good Garrido was with her children, and despite the fact that he was a sex offender, he had changed to being a good human being.

Not convinced about the whole ordeal, the parole officer called the Concord police, and when an officer arrived, Garrido confessed to the kidnapping and rape of Jaycee Dugard for 18 years. He has been sentenced to 431 years to life in prison, and his wife Nancy got 36 years to life.

Jaycee Lee Dugard’s interview with Diane Sawyer of ABC News revealed how much strength Dugard showed while she was a captive. “I can’t fathom how I kept it together or, you know, I must’ve been checked out, you know, on a different level. You know, [I was] present, but not present for, you know, some of it, because it’s terrifying on its own. But being alone, how did I even do that?”

As she recalled her dreadful memories that included 18 years of torture, two beautiful daughters, and a ray of hope that she would some day be reunited with her family, Jaycee spoke about the birth of her first daughter, and how she was alone in the backyard when she went into labor. She was just 13 when she conceived.


Giving to the Society: Dugard’s Experiences and a Foundation That Helps Victims Alike

The story that sends chills down the spine is all penned down in Dugard’s book titled A Stolen Life, which she released in 2011, two years after she was reunited with her family. In 2016, Dugard wrote another book titled Freedom: My Book of Firsts, which talks about her first experiences after she was a free woman.

The same year that Jaycee Lee Dugard was rescued by the officials, in 2009, after many failed attempts and sheer ignorance of clues, a movie titled Kidnapped For 18 Years: The Jaycee Dugard Story came out in November. The documentary shows the life of the young lady who was taken, and how she endured 18 long years in captivity.

She founded the JAYC (Just Ask Yourself To Care) foundation, which helps families who have gone through the trauma of abduction. They focus on therapy and comprehensive approaches to bring the families together to help ensure that nobody else has to go through what Jaycee Dugard did.