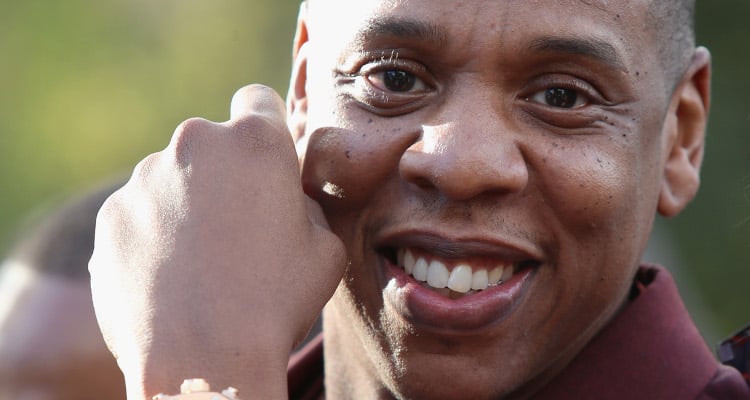 The long wait for Jay Z to drop his latest album is finally over. The rapper released his latest album, 4:44 on Friday. However, with his new music came the resurfaced rumors that Jay Z cheated on his beautiful and talented wife, Beyoncé. Who did Jay Z cheat on Beyoncé with? We have the details right here!

Jay Z’s new album, 4:44 is being viewed as an apology and a way for the rapper to come clean to his wife, Beyoncé. After the album’s release, fans have quickly searched for the lyrics that hinted about Jay Z cheating. From verses taken straight from Lemonade to what some people are saying is a direct admission to his infidelity, fans are looking closely to find the truth. After listening to Jay Z’s 4:44, the only question on everybody’s mind is: Did Jay Z cheat on Beyoncé?

Who Did Jay Z Cheat on Beyoncé With?

Jay Z seem to have referenced infidelity in at least three of the album’s tracks. One song, “Kill Jay Z,”has the rapper talking about himself saying, “You almost went Eric Benét / Let the baddest girl in the world get away. I don’t even know what else to say / N***a, never go Eric Benét / I don’t even know what you woulda done / In the future, other n***s playin’ football with your son.”

Another song people are considering to be evidence that Jay Z cheated on Beyoncé is “Family Feud.” More specifically, they are noting the lyrics, “Yeah, I’ll f**k up a good thing if you let me / Let me alone, Becky / A man that don’t take care his family can’t be rich.” The “Becky” in “Family Feud” could very well be the same “Becky with the good hair” that many believed to be Jay Z’s mistress once Lemonade came out.

But the song with the most compelling evidence is the album’s title track “4:44,” and its lyrics, “Look, I apologize, often womanize / Took for my child to be born / See through a woman’s eyes / Took for these natural twins to believe in miracles / Took me too long for this song,” which seemingly imply that he regrets waiting so long for this admission.

He continues to rhyme, “Like the men before me, I cut off my nose to spite my face / I never wanted another woman to know / Something about me that you didn’t know,” which fans are taking as admission to lying about infidelity.

The last piece of evidence from “4:44” comes from the lyrics, “And if my children knew, I don’t even know what I would do / If they ain’t look at me the same / I would prolly die with all the shame / ‘You did what with who?’ / What good is a ménage à trois when you have a soulmate? / ‘You risked that for Blue?'”

After the rumors that surrounded the power couple from Beyoncé’s “Sorry” were laughed off by songwriter Diana Gordon, speculation that Jay Z cheated on his wife never really went away. Nonetheless, with the release of his new album, all of the speculation that rose in April 2016 came back into the spotlight. Whether or not the lyrics of Jay Z’s songs are meant as apologies, the album itself is getting mostly positive reviews.

Jay Z’s new album, 4:44 is out now and you can stream it exclusively on Tidal.