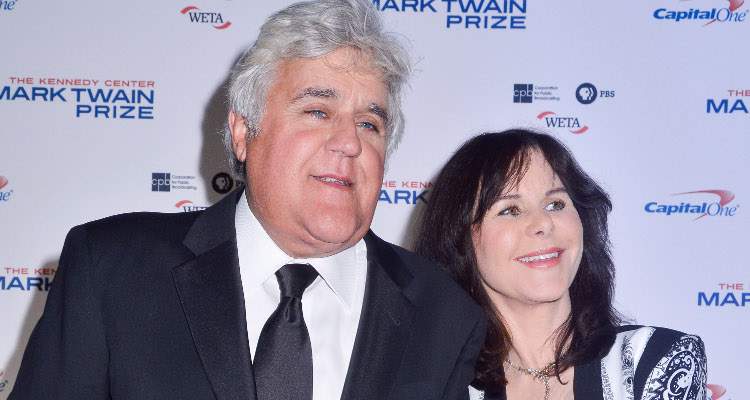 Jay Leno and cars is an association as strong as hot dogs and ketchup! The funnyman’s garage is loaded with some drool-worthy rides, and he’s not shy about showing them off! Jay Leno’s wife seems to be on board with his passion, too! We’ve got all the details you need to know about the generous couple, right here.

Mavis and Jay Leno chose not to have any kids and are happy with that decision. The couple have been married since the ’80s, and are still as in love as ever. Mavis Leno has been a huge support throughout her husband’s ups and downs, and we have details about the woman behind Jay Leno’s success. People often wonder why the two decided not to start a family, and we’ve got the answers here in our Mavis Leno wiki.

She met Jay Leno in 1976 at the Comedy Store. In an interview, she said that the first time she laid eyes on Leno she exclaimed, “Holy s**t! That comedian is gorgeous!

The budding comedy writer was there with a friend, who convinced her that she could network and find a job. Jay’s comedic career just began, and in an interview, he said that he strangely ends up attracting women who were born on September 5.

When he asked Mavis about her birthday that night, he laughed and later revealed, “Yeah, pretty much. But the interesting thing is, I’ve probably lived with five women and every one of them was born on the same day.”

After dating a for a while the couple got married in 1980, but it was not a conventional engagement. The huge diamond ring that adorns Mrs. Leno’s finger now was given to her around 2004!

Did you know that Jay Leno and Mavis Leno got married on the same date as his parents? Mavis said she loved Jay’s parents and felt that it would make his mom happy.

Why Don’t the Leno’s Have Children?

Mavis Leno is known for all the hard work she puts in for many organizations that uplift women and showcase their rights.

She said she was the one responsible for her and Jay not having any kids. When asked why she made the decision, she revealed that when she watched The Honeymooners as a child, her perspective changed.

“I would see a young woman who was very attractive, and a thousand times smarter, and she’s living in this little tenement hovel with her husband, Ralph, and then this Ed Norton, who has an even hotter wife. These men spend all their time talking about what a drag the wives are and asking how can they get away from them. It’s perfectly obvious the women are the ones trapped.”

“I remember telling my mother when I was 7 or 8 that I was never going to get married or have children,” she added, “To me, this is the way women get caught.”

Jay and Mavis Leno are both known to be very charitable people.

Mavis was credited with shedding light on women being mistreated by the Taliban, and took the fight for women’s rights in Afghanistan to the U.S. government and the U.N. She is also the chairwoman of the Feminist Majority Foundation’s campaign to Stop Gender Apartheid in Afghanistan.

In 2012, Jay Leno even auctioned off his Fiat 500, and the proceedings went to charity. The car sold for $385,000, and the money went towards helping wounded war veterans.