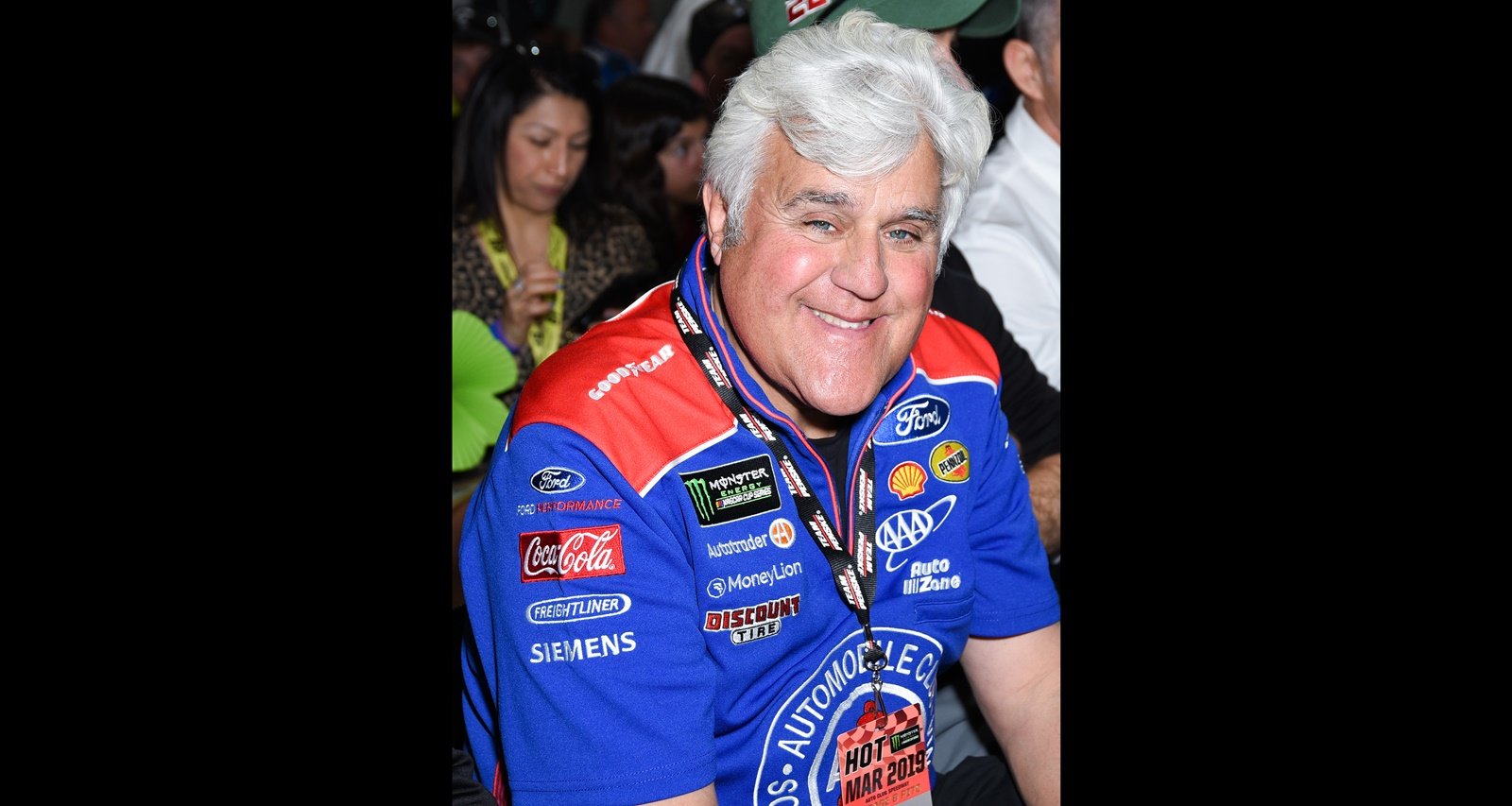 Jay Leno spent decades of his career in the late-show time slot, including hosting The Tonight Show for 22 years. And there’s no stopping this entertainer. He overcame hardships to become one of the top late-show hosts in entertainment, and has built an estimated net worth of $400.0 million and growing. We’ve traced Jay Leno’s rise to the top, with more details on his wealth.

Jay Leno was born on April 28, 1950, in New Rochelle, New York. His father was an insurance salesman and his mother was a homemaker.

He didn’t find overnight success in comedy, but he had a very practical outlook. Early on, he knew that multiple streams of income would keep him afloat until his comedy career was stable.

When he was growing up in Andover, Massachusetts, Leno worked at a local McDonald’s joint. In later years, he was always working at least two jobs at a time.

And he’d make his income last in the long-term by saving the bigger paycheck and living off the smaller one. When he was starting out in stand-up, the relatively meager comedy pay would provide for his living expenses while his salary from the car dealership he worked at would be saved for a rainy day.

A sign of his growing success was when his comedy earnings were roughly five times his secondary job income. So he started saving those paychecks and living on his supplementary income. He continued this practice even after he got the job of hosting The Tonight Show in 1992.

The comedian made his first appearance on The Tonight Show in 1977, performing a stand-up routine. During that time, he also had minor roles on TV and in films and regularly performed on The Late Night with David Letterman.

Beginning in 1986, Leno often substituted for Johnny Carson on The Tonight Show as host. But he would end up replacing him in 1992. It was the “Late Night” battle of the decade, with many assuming Letterman would succeed Carson after he retired. The entire feud was retold in the book, and later movie, The Late Shift.

Even as he performed on The Tonight Show, Leno continued to book stand-up jobs and keep multiple streams of income open. He never looked at his hosting paychecks, letting them pile up in the bank until he had a very sizable nest egg.

After his contract expired, Leno left The Tonight Show in 2009 with millions in earnings, while Conan O’Brien succeeded him as host. To much controversy, he briefly returned after O’Brien’s departure in 2010, but couldn’t replicate the ratings success of his first time around. Leno once again departed The Tonight Show in 2014 and Jimmy Fallon took over as host.

Good times with @jimmyfallon after The #TonightShow!

Leno has continued to remain busy after putting the late-night time slot behind him. Besides doing around 200 stand-up gigs a year, he still features as a guest on other late-night shows.

He also does a little acting here and there. You might see him on Fox’s Last Man Standing as the recurring character Joe Leonard.

With an always-busy schedule, Leno reportedly earns an estimated $15.0 million salary every year. That has built up his net worth to $400.0 million in 2019, and it’s still growing. His total salary and career earnings from The Tonight Show alone are a whopping $320.0 million.

Among the many lifelong financial principles Jay Leno has followed, he has never allowed himself to be in debt. That includes “barely” using credit cards and never taking out a mortgage loan.

“I didn’t buy my house until I had cash. When you own something and you don’t have to write checks every month, you’re just better off,” is Leno’s sage advice.

Leno has amassed enough of a fortune to live a comfortable life with his wife, Mavis Leno, in a massive estate in Newport, Rhode Island. The oceanfront mansion cost a whopping $13.5 million when he bought it in 2017.

Leno also owns a home in Beverly Hills, California that houses his fleet of over 150 cars.

The former car dealership employee is one of the most famous motorheads in entertainment. His love for cars isn’t limited to simply hosting CNBC’s Jay Leno’s Garage.

Leno’s collection of classic and luxurious vehicles reportedly boasts a total of 300 sets of wheels. In 2018, he said he owned 181 cars and 160 motorcycles, most of them classics, limited editions, or luxury brands. Though he’s not sure of the value of his fleet himself, it is estimated that his collection is worth $52.0 million.