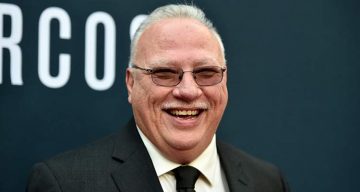 Javier Pena was one of the main investigators involved in a major manhunt. Little did he know that his life would become the backbone of one of the biggest TV shows on Netflix! The real Javier Pena is a true Texan who captured and hunted down narco terrorist, Pablo Escobar. Here’s everything you need to know from Javier Pena’s wiki.


We all know who Pablo Escobar is, and with Netflix’s Narcos, we probably know him better than he knew himself! But how many of us actually know the person behind his capture and death, Javier Pena? Did he really do the things we saw on Narcos? Not many people put enough spotlight on the DEA agent, but we are about to tell you everything we know from Javier Pena’s wiki. So scroll down to learn who the real Javier Pena really is!

Who is the Real Javier Pena?

Javier Pena was born in Texas, but the Laredo native now lives in San Antonio. Along with going down in the police hall of fame, his life was well documented, but nothing went into detail like the Netflix crime drama, Narcos. Pena grew up in Kingsville, Texas and went to Texas A & I University, where he studied Sociology and Psychology and graduated with a Bachelor of Arts. His career began in the late ’70s when he was hired as a Deputy Sheriff in Loredo. He dedicated seven years of his life there, and in 1984, he was assigned as a special agent for the Austin, Texas office, where he worked until 1988.

When all the bustle about Escobar began kicking up dust, Pena volunteered to work the case. He was sent to Bogota, Colombia, along with agent Stephen Murphy. The infamous duo then began unearthing many secrets about the drug lord, and how the Medellin Cartel really worked. They worked on hunting down the notorious Pablo Escobar, and his drug kingdom. Escobar was rich, powerful, and not to mention brash about his fame and wealth. It is reported that he spent $2,000 on rubber bands every month to tie up his wads of cash! He exported a whopping 15 tonnes of cocaine every week to the United States, and had the drug world wrapped around his fingers.

Pena, Murphy, and the Colombian National Police (CNP) teamed up to put an end to this magnate and Escobar’s illegal activities, both in U.S. and Colombia. After turning down many offers to re-create their lives on TV, the duo finally allowed Eric Newman to make a show about their career-making case. In an interview about Narcos, Pena said, “The intrigue, the suspense — it’s really well done. There’s stuff in there that’s never been told.” Pena added, “ We told them how it actually happened, there’s some artistic licenses, but the timeline is accurate.”

Javier Pena and the End of Pablo Escobar

Pablo Escobar killed a lot of innocent people and police officers, and it became a matter of revenge for Pena to capture him and get justice. He was sure they would capture the man and, in 1991, Pablo Escobar turned himself in. As part of an agreement to not be extradited, La Catedral was built in Medellin for the drug lord to serve his sentence. It was often called “Hotel Escobar” as it had all the amenities anyone would need to live luxuriously. The “prison” had a waterfall, a giant doll house, a football field, and a telescope for Escobar to watch over his city. Some of us don’t even have those luxuries at home!

But all was not as it should have been for Pena, when he received information that Escobar escaped from jail. It was just a year before that they captured the drug lord, who seemed to still be one step ahead of the police. There were 600 CNP, Navy SEALs, and other law enforcement agents looking for Escobar, including Javier Pena and his partner, Stephen Murphy. The chase went on for what seemed like forever, and finally, on December 2, 1993, Pablo Escobar was shot dead from the roof of a middle-class neighborhood. His body was found with multiple gunshots on his legs, torso, and through the ear.

Former DEA agent Javier Pena is now re-living his story through Netflix, and is more than happy about the way the show turned out. He lives in San Antonio, Texas now, and until 2014 was a special agent in Houston, after which he retired in January 2014. He signed on as a consultant on the Netflix show in 2015.

He was sure of one thing: under no circumstance would he allow them to glorify Pablo Escobar. He believes what the man did was pure evil, and there were so many who saw the drug lord as a “Robin Hood” figure, so Pena wanted to rectify that view. People young and old alike would do whatever he asked out of fear, and respect. With these conditions fulfilled, Pena got a first-hand look at the portrayal of his image on the show. “We’re happy with the way it came out,” said Pena. “When it first came out I said no one is going to watch this and all of a sudden it was one of the best-watched shows,” he added.