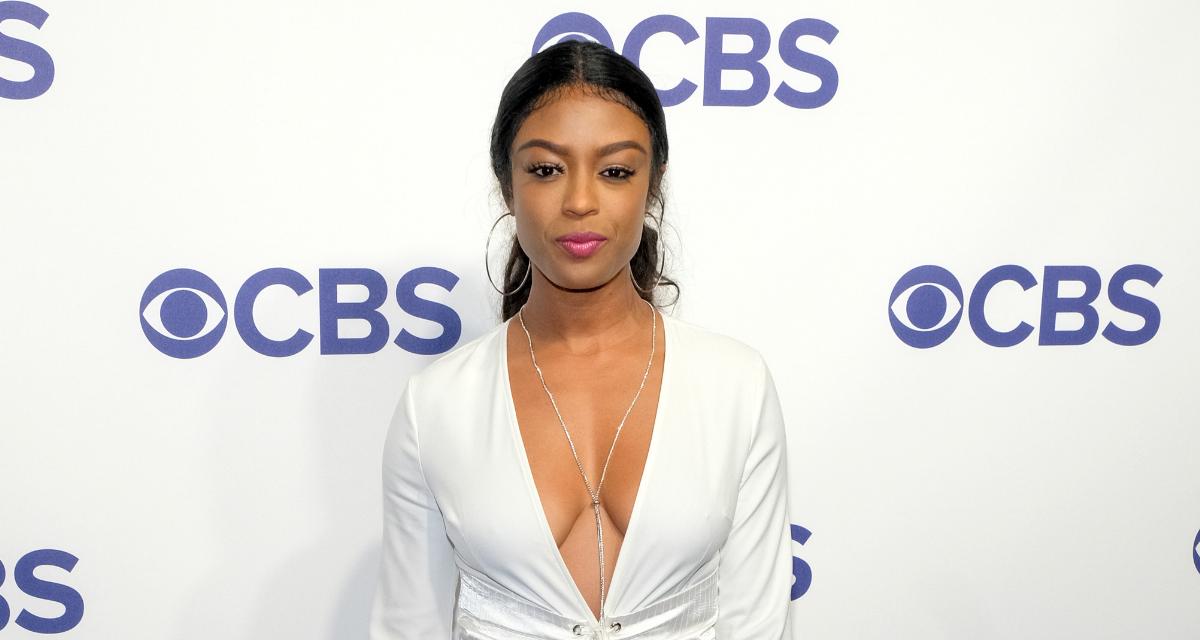 Javicia Leslie attends the 2018 CBS Upfront at The Plaza Hotel on May 16, 2018 in New York City. (Photo by Matthew Eisman/Getty Images)

God Friended Me, which is set to premiere on September 30 on CBS, is creating a buzz for its unique story, but more importantly, so is its leading star Javicia Leslie! The up-and-coming actress plays Ali Finer in the new faith-based show.

Javicia Leslie’s star continues to rise with the new CBS drama, God Friended Me. The show is getting a lot of attention for its stellar cast, which includes their breakout star Leslie. Our Javicia Leslie wiki traces her journey from the corporate world to the acting industry.

She’s Been Performing Since Childhood

Javicia Leslie was born on May 30, 1987 and is 31 years old. Her parents were in the military and she was born in Augsburg, Germany. She has an older brother and at least one sister.

When her parents separated, she moved to California with her mother. They relocated to Maryland after a few years, and she grew up near Washington, D.C.

As a child, Leslie loved performing. She joined her school’s drama club and participated in dance recitals. Whitney Houston and Angela Bassett were her idols and she loved TLC.

She studied business management at Hampton University, Virginia, where she was crowned Miss Hampton University. She was going to put her acting aspirations on hold for a full-time job, but decided to take the plunge and pursue her Hollywood career.

Also Read: Chelsea Peretti’s Wiki: The Comedian and Actress Who Walks to her Own Drummer’s Beat!

She Moved to L.A. for Acting

After graduating Hampton University in 2009, Leslie found herself a 9 to 5 job in D.C. Her job involved helping soldiers and their families.

She thought she would work while simultaneously pursuing a career in acting. However, the demands of her full-time job didn’t allow much room for her aspirations.

So, after two years she quit her stable job, sold her 3-bedroom apartment, gave up a luxurious life in D.C., and moved to Los Angeles. She didn’t have many friends and barely enough money, but she was willing to take the risk. And guess what? It paid off!

A month after she moved there, she was at an event selling accessories with her sister Jade, when a talent manager scouted her. The woman got Leslie some great auditions and helped her kickstart her career in the entertainment industry.

Leslie gained visibility with the Lifetime Movie Killer Coach in 2016. She followed that with TV series like Hello Cupid Reboot and Chef Julian.

She’s had recurring appearances on the MacGyver reboot and has more works coming in 2018.

God Friended Me marks Leslie’s first role as a series regular. She stars alongside Brandon Micheal Hall and Violett Beane.

Guess what?!!! The first episode of @godfriendedme is airing digitally a month early!!!!! Check it out with the link in my bio!!!! Make sure you send me your thoughts!

Hall’s character, Miles Finer, is an atheist who receives a friend request from God on Facebook. He sets about changing the lives of people, while trying to find who is the real Facebook user behind God. Leslie plays Finer’s sister, who acts as the bridge between Miles and their pastor father.

Javicia would rather be known as a performer than a model, but since finding success in L.A., she has snagged a few endorsement deals. Her modeling pictorials also get a lot of attention on Instagram, where she has racked up over 20k followers!

To increase her profile and visibility, Leslie used social media. She started with Tumblr where she posted recipes, as well as beauty and style advice. She then graduated to blogging about fashion.

She started her YouTube channel and vlogged at the start of her career. Though she hasn’t vlogged in three years, she starred in a web series called 9 Months After, with Marcus Dupree.

When she discovered that she could attract a lot a large following online, Leslie set about building her own brand. She launched her own website as an expansive platform for all her entertainment ventures.

@champssports I unfortunately just dealt with serious discrimination at your Fulton Street location in NYC.

Leslie is also not afraid to use social media to stand up for herself. She recently experienced discrimination at a store and hit up the people on Twitter to bring it to their notice.

Don’t miss Javicia Leslie when God Friended Me premieres on September 30, at 8:30 pm EST on CBS!