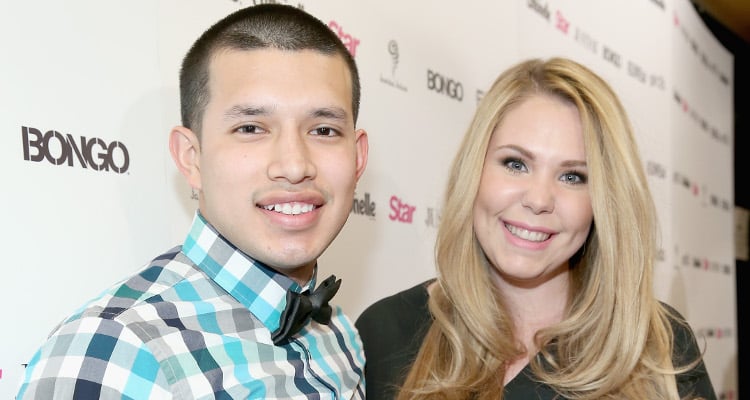 Being on a show like Teen Moms can take its toll on any romantic relationship. Kailyn Lowry’s ex, Javi Marroquin, has moved on with another reality star. Who is Javi Marroquin dating? We’ve got the scoop right here.

Teen Moms 2 star, Kailyn Lowry is pregnant with her third child and is keeping the identity of the baby daddy under wraps. She clarified one thing though, her ex-husband, Javi Marroquin is not the father. Marroquin has moved on with a new girlfriend in 2017, and she’s another MTV reality offshoot. Here’s what is going on in the Teen Mom alum’s dating life.

An MTV love story no one imagined came true. Marroquin moved on from Teen Moms and Kailyn Lowry with Madison Channing Walls. Walls is one of the stars from MTV’s Real World: Skeletons. She confirmed she’s dating the U.S. Air Force sergeant to E! saying, “Javi and I are definitely together. We are definitely boyfriend and girlfriend.”

The 26-year-old Walls is a former child actress credited with movies like A Numbers Game. She struggled with heroin addiction two years before she made her reality debut. She participated in Real World hoping to get a fresh start in life. Real World: Skeletons made the participants face the skeletons in their closet. Hers were former acquaintances who suffered because of her drug addiction.

Contrary to the turbulent relationships both reality stars have had on reality TV, Marroquin and Walls have the sweetest story of how they met. Fans often messaged both of them on Instagram about how they shared similar stories of exes and babies. Walls then messaged Marroquin directly on social media and what started as friendly conversation, turned into something more.

They met face-to-face for the first time at Marroquin’s favorite restaurant in Philadelphia. “We enjoyed a nice bottle of wine and then later I had my friends come out to meet her and we all went out and danced and drank and just had a really good time,” he told E!.

Babies and Exes in the Mix

Marroquin and Walls connected over their similar history of exes and babies. While the 24-year-old is father to Kailyn Lowry’s three-year-old son, Lincoln, Walls has a child of her own. She was in a relationship with her Real World costar, Tony Raines and they had one child together. Though they broke up, they continue to raise one-year-old Harper together.

He's a power ranger at all times

Lowry has been busy with her delicate pregnancy, but that didn’t stop rumors about her thoughts on Walls. Though she hasn’t made a public statement, sources close to her have revealed what Lowry thinks to news outlets. Some say she disapproves of Walls’ past as a drug addict, and the influence it could have on her son; some claim she’s jealous; a few say she’s afraid he’ll pay more attention to Walls’ daughter instead of their own son; while some say she’s happy for Javi. Talk about mixed signals!

Tony Raines also gave his take on Marroquin and Walls’ relationship. “I think she deserves a good guy and happiness and all that good stuff. I think with this the sky is the limit for them,” he said. He added that things were initially rocky when they co-parented Harper, but they have since ironed out the wrinkles in parenting.

Raines is no stranger to fellow MTV reality stars, having watched Teen Mom 2. “I’ve seen Javi a few times on the show and as far as I can tell, you know, he’s a military guy and that’s awesome,” he said about the Teen Moms dad. “I see how he is with his children and that’s very commendable.” What a supportive ex! But Raines draws the line at his daughter’s childhood becoming a reality plotline, as is possible when two reality stars from different shows come together.

Javi Marroquin and Madison Walls have yet to address the issues of their children. While he has plans to visit Austin, Texas to see Walls’ hometown, he hasn’t met Harper and Walls hasn’t been introduced to Lincoln. But that may soon change. “I haven’t introduced [Madison] to Lincoln yet. I learned from my past mistakes where I introduced him way too early on in a relationship, so now I know better,” Javi explained.

Madison added, “I’m really excited for him to come to Austin next month. I’m going to introduce him to my friends and family and [my daughter] Harper and yeah it should just be a really good time and then we are already making plans for this summer together.”

We made it to the beach ☀️?