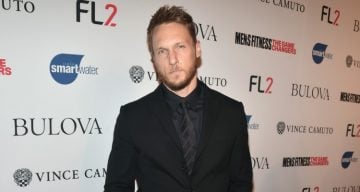 Who is Hilary Duff dating? That’s what Younger fans are asking today! Hilary Duff’s boyfriend is officially known, ever since the star posted a photo of her kissing Jason Walsh on Instagram. Jason Walsh and Hillary Duff are officially an item and people are wondering, what is Jason Walsh’s age? Everything you need to know about him is right here in our Jason Walsh wiki.

In an interview with Fox’s Good Day New York, Duff talked about her new relationship saying, “We’ve known each other for a really long time and he’s a great guy and we have a lot of fun together. It’s nice to have that excitement in my life.” After divorcing former NHL player, Mike Comrie in February, Duff wasted no time making a move with her new beau!

In an interview with Bodybuilding.com, Walsh spoke about his educational background and his certifications. He studied nutrition, physiology and biomechanics, and interned for Greg Gatz, the head Strength and Conditioning coach for UNC Olympic Sports. He moved to Arizona after a few years to work under Mark Verstegen and Luke Richesson, both world-renowned coaches. He has certifications through the NSCA, CSCS, and NSCA-CPT.

He Has Trained Many Celebrities

Some of Walsh’s clients include Jessica Biel, Ben Affleck, Bradley Cooper, John Krasinski, Matt Damon, Emily Blunt, Rosie Huntington-Whiteley, and Jennifer Garner, but he doesn’t consider himself a trainer specific to celebrities. “That’s just a term that the magazines use to get people excited about what I have to say. I love what I do and I get great satisfaction from helping people achieve their goals no matter what their status is. I hope to someday help the industry rise to a better standard,” says Walsh.

Walsh was interviewed by Muscle and Fitness about his experience training Matt Damon for Jason Bourne saying, “[Bourne’s] an efficient killing machine. He looked like he had been doing a lot of street fighting and stuff like that. So that was the look we went for. Now the training that we did [for Bourne] was intense. But was Matt ready for it? Oh, yeah. His body was strong, resilient. All we needed to do was have fun.” 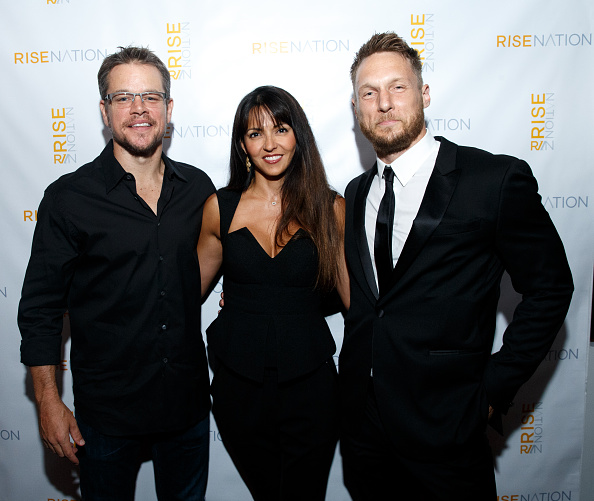 Hillary Duff told People that she isn’t stressed about her figure that has changed since she was pregnant with her and Mike Comrie’s son, but she enjoys working out and getting into shape. “My body is never going to be what it was. I have stretch marks; my boobs are different—much different! And that’s fine and I’m happy with them. I don’t deprive myself with food, I drink wine when I want to and I work out because I love working out. I look in the mirror and I’m like, ‘This is what I got.’ I’m happy.”

Earlier this month, a source told E! News, that sparks between the couple were flying. “The pair have been spending a lot of time with each other in recent months, both in the gym and out at various restaurants to enjoy some fine dining, and it seems this budding romance began as a friendship.”

It definitely seems like the two have fun with one another and we wish these new love birds nothing but the best! 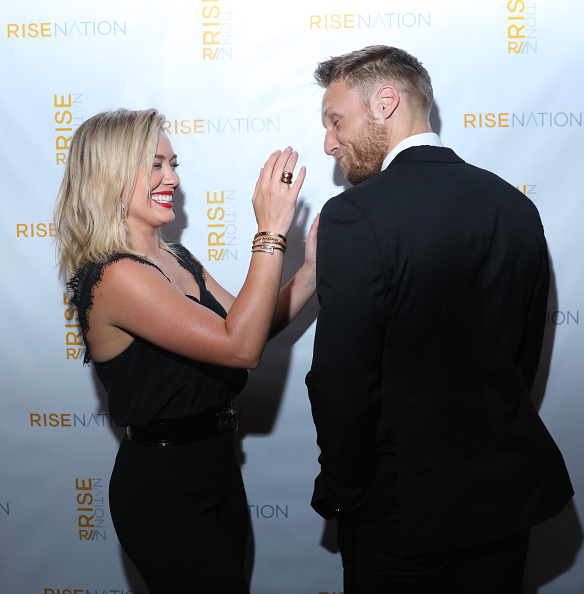 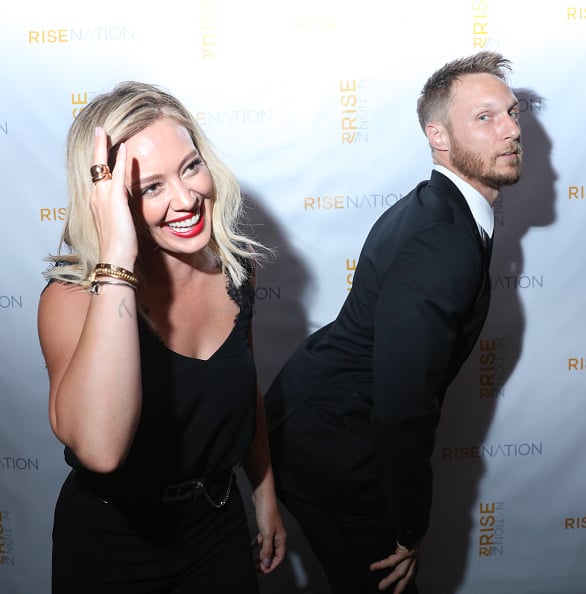