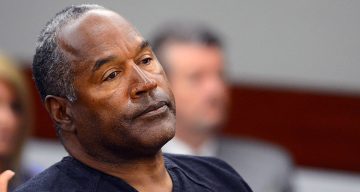 Public interest in the sensational O.J. Simpson trial never wanes. With the media’s focus on O.J. Simpson, not even his son, Jason Simpson, could escape the scrutiny. Where is Jason Simpson today and what is his connection to his father’s trial? We have the details right here.

Being the child of a famous person is never without its drawbacks. But when your father is a fallen-from-grace celebrity infamous for an alleged murder, the attention you receive can be difficult. That’s perhaps how O.J. Simpsons kids felt and why they, understandably, keep a low profile. Out of all the former NFL player’s kids, Jason Simpson got it the hardest. Among the many theories centering the O.J. Simpson trial, one suggests that Jason had a part in the murders. Many questions remain about O.J.’s kids. Where is Jason Simpson now? Is he alive? Here’s everything to know about him in our Jason Simpson wiki.

Who is Jason Simpson?

Jason Simpson is was born in April 1970, making him 47 years old, and the second eldest of O.J.’s kids. He has a brother, Justin, and two sisters, Arnelle and Sydney. He had another sister, Aaren, who passed away shortly before her second birthday. Jason, Arnelle, and Aaren were O.J.’s kids with his first wife, Marguerite Whitley. They divorced in 1979.

When Jason was young, he was interested in the arts and music, while attending a very expensive private school. When he tried out for football in the Army and Navy Academy in Carlsbad, California, he discovered that he inherited his father’s football skills. Jason was the starting running back of the military school’s team.

Jason attended the University of Southern California to play football, but transferred to a community college to improve his academic standing. There, he discovered his passion for the culinary arts. While working as a busboy and other odd jobs at restaurants, he tried to find his footing in the culinary profession. He would live with his girlfriends, or his mother while pursuing his dreams.

While he grew up in a life of luxury, he struggled later on. His net worth hasn’t been calculated, but his father’s net worth was reduced to $250,000 because of the trials.

The Troubles of Jason Simpson

While Jason was struggling to make a career in Los Angeles, he was diagnosed with epilepsy and prescribed medication to treat it. He also began drinking heavily around this time. He was convicted of a DUI and went to AA meetings. Jason was also hospitalized when he overdosed on his epilepsy medication. Hospital records claim it was a suicide attempt.

His troubles saw no end when he was charged with assault and battery more than once. The first charge was when he assaulted the owner of a restaurant, where he worked as a cook. When his father’s trial began, he was charged with ramming his jeep into another vehicle when he didn’t have a license.

His Supposed Role in the Murders

The O.J. Simpson trial lacked evidence to convict the former football player. Several angles to approach the double murder of his ex-wife, Nicole Brown, and Ron Goldman have resulted in multiple alternate theories. One such conspiracy theory claims that Jason Simpson was an accomplice to the murders.

According to this theory, purported by private detective William Dear, Jason was obsessed with his stepmother and tried to kill her in a fit of jealous rage. After he killed her, he told his father and O.J. tried to cover it up. Keep in mind, this is just a theory and Jason has not otherwise been suspected in connection to the case.

Where is Jason Simpson Now?

Though he was neither an accomplice nor a suspect, the speculation couldn’t be stopped. The detective’s theory was widely discredited, but the damage was done. Jason was hounded by the media more than any of his siblings. It’s understandable why he would keep a low profile while his father’s case remains a sensational topic.

His eldest sister, Arnelle, reportedly suffers major financial issues. On the other hand, his half-siblings, Sydney and Justin live a quiet life in Florida. Jason’s whereabouts are still a mystery. Some say he lives and works in Atlanta with an aunt. Other reports also say he’s an accomplished chef who has worked in some high-end restaurants.

But with the public’s fascination with the O.J. Simpson trial more than a decade later, it’s still a painful reality that Jason and his siblings have to live with every day.