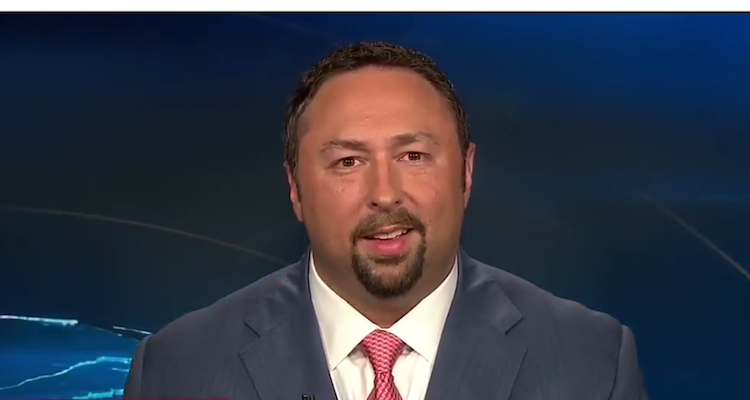 Former White House communications director, Jason Miller, and ex Trump advisor, A.J. Delgado, confirmed the birth of their son out of wedlock on Wednesday. If you want to learn more about Jason Miller’s wife and his love child baby boy, keep reading our Jason Miller wiki!

Two of President Donald Trump’s former campaign staffers are in the public eye like never before –Jason Miller and A.J. Delgado had an extramarital affair resulting in the pregnancy of their son, William. The affair occurred while the two worked together on the president’s 2016 election campaign. Although Miller is married, he and Delgado separately confirmed rumors that their son was born last month. This is the second child Miller welcomed into his family this year, but only one was conceived with his wife. The affair allegedly began when the pair, including deputy communications director Jessica Ditto, went with members of media from various networks to a Las Vegas strip club before the last presidential debate. A media insider at the time commented that the excursion was “a pretty bad idea, especially the day before the final debate. It’s a serious lapse in judgment.”

Born and raised in Seattle, Miller began his career in politics in 1994 and has continued onward since. He began working as a staff assistant to Washington’s U.S. Sen. Slade Gorton, and after earning his B.A. in political science at George Washington University, he packed his bags and headed out to California to work as Coalitions Director for Darell Issa. Miller now lives in Washington with his wife, Kelly, and their two daughters. Jason Miller’s age is 42.

Now, the family is welcoming the child of his affair with Delgado into their own. In a statement, Miller said, “My wife and I, along with our two daughters, are excited to welcome William into the world and into our family, and we appreciate the well wishes we’ve received from so many.” In January, Jason Miller’s baby, the second from his marital relationship, was born.

As for Delgado, she confirmed the news in a tweet: “Dear friends: Beyond thrilled to share with you that I’m now the proud mother of a beautiful son (!), William!!! Born 7/10.” She shed more light onto the situation on Wednesday evening saying, “The father and I were dating or two months (he was separated from his wife, he said, and had been since June). I’m not sure what Jason means that he and his wife are excited to welcome Will. Really? News to me.” Delgado seems quite bitter about the situation, tweeting that Miller had not sent any money or gifts for the child since his birth. Sounds like a messy situation!

Although Jason Miller’s net worth is unknown, it’s possible he is financially stable considering his work in the White House.