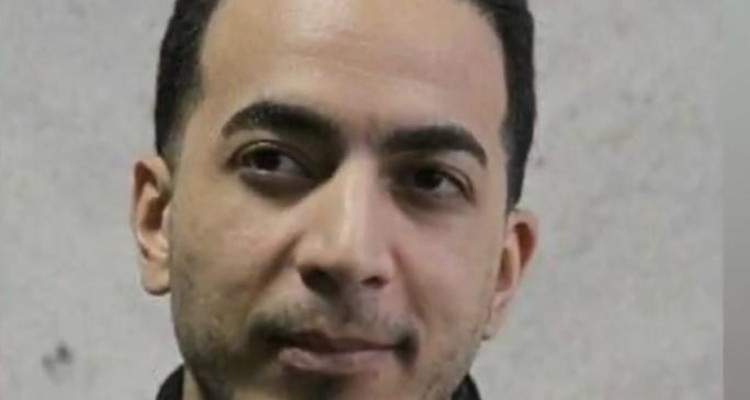 The story erupted after headlines read, “Man Forces Girlfriend to Walk Down Street Naked.” 26-year-old Jason Melo is the man who forced his ex-girlfriend to walk down a Harlem block, naked in the freezing cold, as he filmed the whole ordeal. Reportedly, his sentence has been announced and he could face up to two to seven years of imprisonment. It was revealed on Wednesday, Melo has been pronounced guilty of assault, endangering the welfare of a child, coercion, menacing, and aggravated harassment.

#eazy_info #eazy_info ADD @eazy_info FOLLOW @eazy_info LAST 3 SLIDES ARE OF HIM SURRENDERING! #jasonmelo #abuse #domesticviolence #domesticassault #harassment #disrepectful #disgusting Jason Melo smirked in court Friday as he was convicted of assaulting his ex-girlfriend and forcing her walk the public street naked while he berated her and videotaped the incident. The 26-year-old was found guilty by a New York State Supreme Court jury of the top charge he faced, coercion in the first degree, as well as assault in the third degree, menacing in the second degree, endangering the welfare of a child and aggravated harassment in the second degree. In January 2016 he forced his girlfriend to walk down a Harlem street in the cold, naked – while he recorded. He later uploaded it online as her punishment for messaging other men. 'Jasson Melo assaulted his former girlfriend, then forced her to walk naked, in the middle of winter, down a public street while their two-month-old baby was left unattended upstairs,' District Attorney Cyrus Vance said. 'To further degrade her, he recorded the ordeal, then had the audacity to brag about his actions, sharing the video with multiple friends and even attempting to profit from it. This defendant has never demonstrated an ounce of remorse for his disgusting and violent conduct. I thank the survivor in this case for her incredible bravery in coming forward and testifying against her former domestic partner at trial. Thankfully, because of her courage, he is being held accountable.' On Monday, the 24-year-old victim burst into tears on the stand as jurors watched the footage in shock. 'He grabbed my neck, and forced it really hard. I was losing breath,' the woman testified. The woman, whose name has been withheld said Melo, 'tortured' her for two hours before he pushed her out into the cold and pulled out his cell phone out for the extreme incident. 'He was saying many things, like I'm a whore, I could kill you right now, I'm capable of anything,' the woman told the court. The ordeal lasted for several hours as Melo threatened to kill her after finding explicit texts from other men on her cell phone. READ MORE BELOW ??

Why Did He Force Her to Do This?

It all started on January 17, 2016, when Melo entered the apartment in Harlem (which he shared with his ex-girlfriend and their two-month-old daughter) sometime in the early morning. Sources claim that Melo began arguing with her about the text messages she received from other guys. However, the woman claims that at that point in time, their relationship was over and she was moving from their apartment.

The statement released by the prosecutors read, “Over the course of the next two hours the defendant struck the victim repeatedly on her face and body, punching her in the ribs, stomach, and genital area. He also threatened to throw her down the stairs and strike her with a statue.”

It was around 8:00 a.m. when Melo forced his ex-girlfriend to leave their apartment wearing nothing but just a towel and also threatened to kill her if she would not follow his orders. Furthermore, Melo forced her to walk down the street completely naked and filmed her on his mobile phone, while berating and insulting her.

The video has been removed from social media but at one point when his ex-girlfriend passes the garbage cans, he pulled the towel away from her body, leaving her naked. Melo can be heard saying, “You’re going to pay the price like a w***e, right here by the trash, pose with your trash.”

Reportedly, the ex-girlfriend, whose identity has been hidden, had to move to a different city for the safety of her child, as the video went viral.  She said, “I was devastated about everything. It was really hard, It’s still hard to get over it. It’s something that I’m going to have to live with forever.”

District Attorney Cyrus Vance said, “This defendant has never demonstrated an ounce of remorse for his disgusting and violent conduct. I thank the survivor in this case for her incredible bravery in coming forward and testifying against her former domestic partner at trial. Thankfully, because of her courage, he is being held accountable.”