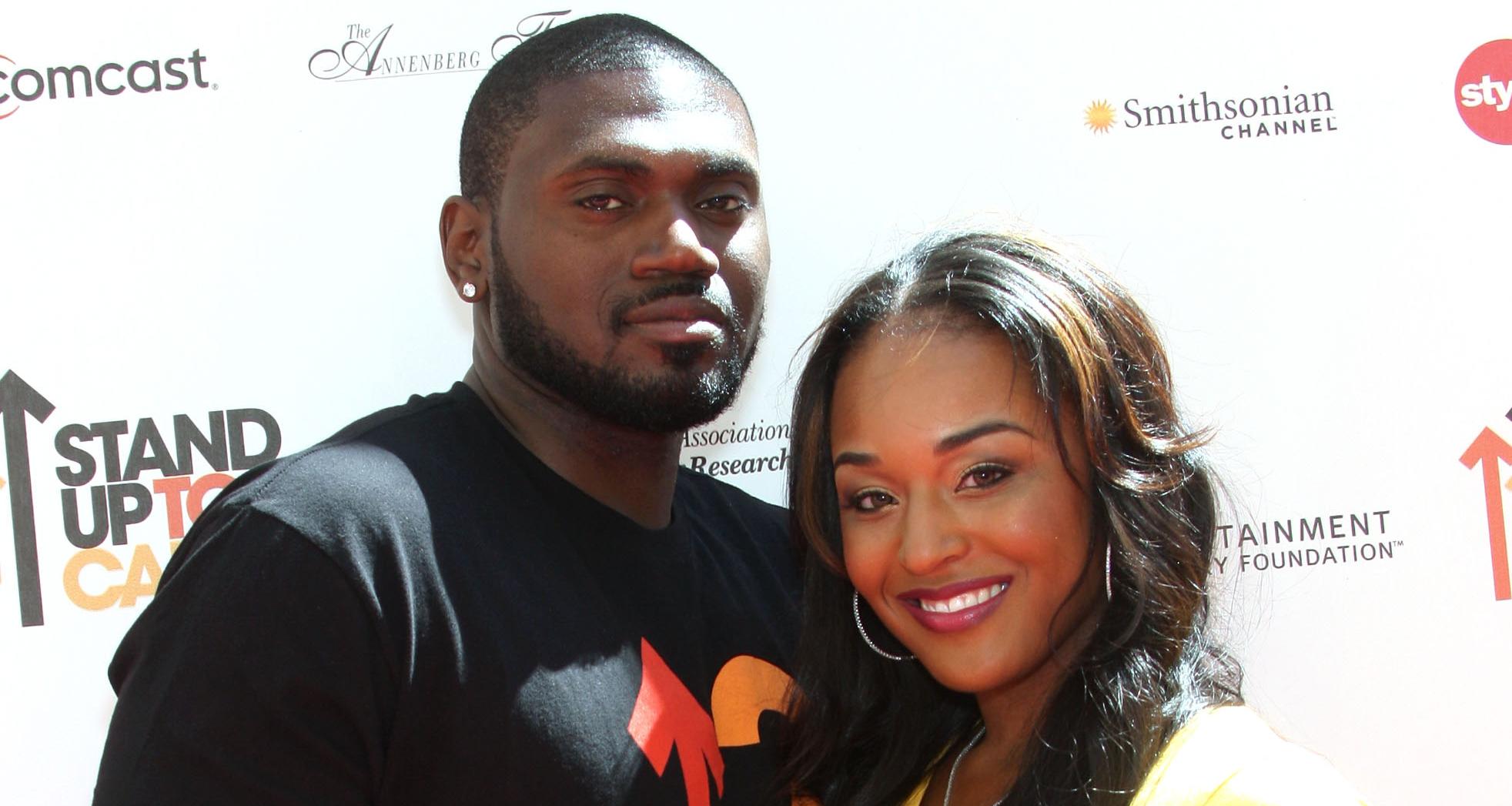 On a recent episode of Iyanla: Fix My Life on OWN, former reality star Brandi Maxiell found out that her husband had slept with more than 50 women throughout their marriage. The shock was more than she could bear and fans have since become curious to know more about her and her husband. Our Brandi Maxiell wiki has all you need to know.

Who Is Brandi Maxiell?

Brandi Maxiell, age 35, was born Brandi Duncan on May 21, 1983, in Dallas, Texas. In 2007, Brandi graduated from the University of North Texas with a degree in business. Brandi stands tall at 5’7.”

Brandi first made an appearance on TV in 2010 on the documentary show, E! True Hollywood Story that featured an in-depth look at the lives of basketball stars. After which, she became part of the cast of the show Basketball Wives LA.

One of the main reasons Brandi wanted to be a part of Basketball Wives was because she wanted to raise awareness about ovarian cancer. Her friend Malaysia Pargo was quite supportive and gave her a warm welcome. She joined the cast of the show in 2014, which was season 3.

Brandi was a fan favorite on the show because of her straight-forward nature. In an interview, she revealed the reason for her departure from the show. She explained, “They did bring me back, they brought me back and then the first time they had the season coming, it was some things I didn’t agree on.”

“Also when they started filming I lost my grandmother, so my mental state—I wasn’t there. Then in January they called me and said, ‘I need you, I need you.’ “Everyone in the world thinks I’m fired and that Shaunie gave me the boot. I was never fired,” she added. “I said ‘I’m done with this.’ It wasn’t right, they were trying to get girls to not film with me.”

She was one of the main cast members of the show from season 3 to season 5. Now, Brandi remains a supporting cast member of the show.

At the age of 24, Brandi was diagnosed with ovarian cancer. At the time, she was in Detroit cheering on her basketball star fiance Jason, when she realized that she wasn’t feeling well.

She had all the symptoms of ovarian cancer. Brandi had back pain, bloating, weight gain, frequent urination, and abdominal pain. When she first went to the doctor, she was misdiagnosed and was sent back home with medications for back pain.

The oncologist got straight to the point and told her that she had cancer. Brandi was quite shocked because nobody in her family had cancer. She returned to Dallas, had a surgery and started several rounds of chemotherapy. Her doctors revealed to Brandi that she had the worst case of ovarian cancer.

Brandi said, “An alien was growing inside of body – the mass had hair follicles, nails, and teeth. The “C” word wasn’t going to stop my flow. Yes, it slowed me down, but it didn’t stop me.”

Although she was receiving treatment, Brandi would still go to support Jason during his games. And when the chemo took her hair, Jason also shaved his head to raise awareness about ovarian cancer.

After various rounds of chemo, her health was getting a little better, but she had a bigger problem to deal with. After her marriage, Brandi wanted to start a family, but cancer had weakened her body.

Even though Brandi was declared cancer-free in 2008, she had fertility issues. So, she underwent different IVF fertility treatments, but they failed. Throughout this ordeal, she believed in God and prayed very hard to become better and to have a baby.

Early Bird Tickets going fast!!! Better hurry and get yours! You don’t want to miss out. My keynote speaker is AMAZING!!!Ticket info in bio.

In order to raise more awareness of cancer, Brandi is organizing the 2nd annual Teal Tea Party in Dallas later this month. It is a charity event for ovarian cancer awareness and all the proceeds from the event will be donated to the National Ovarian Cancer Coalition of Dallas.

Her Grandmother Taught Her How to Do Makeup

Though Brandi owns Brandi Maxiell Cosmetics and Midway Salon Suites, it was her grandmother who taught her all about makeup. Sadly, she died last year due to ovarian cancer.

Her grandmother told Brandi to never walk out of the house barefaced, but she also assured Brandi that she is beautiful with or without makeup. She believed that when anyone stepped out of the house, they were putting on a show, and that’s why makeup was really important; a philosophy Brandi adopted.

So, Brandi launched Brandi Maxiell Cosmetics to help women gain their self-confidence. She was passionate about makeup ever since she was a child. To raise more awareness and having survived cancer, Brandi gives a portion of the proceeds made from the products to ovarian cancer organizations.

I get it from my momma @yani2011 ?#mommalookinglikeasnack

Midway Salon Suites was started by Brandi and her mother, Terri. The website reads, “We innovate not for the sake of innovation, but for the benefit of exceeding the expectations of the professional stylist, barber, esthetician, massage therapist, nail technicians, other service professionals, and all of their clientele.” It is located at Carrollton, Texas.

Her Net Worth Is Estimated at $18.0 million

Because of her growing makeup business and for being a former reality star, Brandi’s net worth is estimated at $18.0 million. Brandi is very much active on social media platforms like Instagram and Twitter and has a steadily growing fan base there, too.

Terri Duncan owned a salon for more than 30 years before she started working with her daughter, Brandi. Terri hails from Dallas, Texas. Brandi’s father was also in the aesthetics business, as he had owned a barber shop.

Growing up, Brandi admitted she had a rough childhood because her father was abusive towards her mother. However, that she grew up not really knowing who her real father was and only came to learn of his true identity when she was 28 years old.

Brandi also has a little sister named Jayde Penn, who was born on November 11, 1997. She lives in Ruston, Louisiana and currently, she is studying at Louisiana Tech University, where she is a student-athlete. Jayde started dating J-mar C. Smith in 2017.

Brandi and Jason grew up around each other in Dallas. When she was in college, she was supporting Jason for his NBA career. At that time, he was drafted by the Detroit Pistons. They have been together for 17 years now.

Jason is a former professional basketball player, who retired in August 2017. Brandi and Jason got married on August 1, 2010. The couple welcomed their son, Jason Maxiell II in 2011.

I love him soooooo much. He’s growing up so fast?. Lord, I ask You to protect my baby physically, emotionally, spiritually, mentally, and in every way. ?? #firstdayofschool #firstdayoffirstgrade

After giving birth to her first, Brandi wanted to have another child. However, she had her own reservations because it came with a risk. Back then, in an interview, she said she will have to go through IVF, needles, and the medications again.

Trouble in Brandi and Jason’s Paradise

On Saturday, September 8, 2018, Brandi and Jason appeared on Iyanla: Fix My Life on OWN. The couple appeared on the show to save their marriage but it certainly brought up some serious demons surrounding their tumultuous relationship. They sat down with life coach Iyanla Vanzant and discussed the root of the problems in their relationship.

During the show, it was revealed that while Jason was supporting Brandi when she was battling cancer, he had secrets of his own. Reportedly, Jason slept with several women.

As the pair sat down with Iyanla, Brandi admitted that she was aware that Jason slept with a handful of women during their marriage. But she was completely appalled to learn that Jason cheated on her more than 50 times! Separately, Jason told Iyanla that he has slept with 341 women.

Brandi, emotionally distraught, grabbed her things and decided to walk out on the show, seemingly done with it all. However, Iyanla got to sit down with both of them individually to figure things out.

That’s when Brandi explained the situation with her mother marrying a man who abused her and her own sadness of not knowing her true father. Iyanla explained to Brandi that because she grew up in a toxic environment, she too married a man who constantly disrespects her.

Viewers also got to see a softer side of Jason, when he broke down over his grandmother’s death and how that affected his grandfather as a man.

Well, as of now, nobody knows what Brandi is planning to do. Will she divorce Jason or stick it out and try to fix their marriage? Tune in to Iyanla: Fix My Life on OWN to find out!