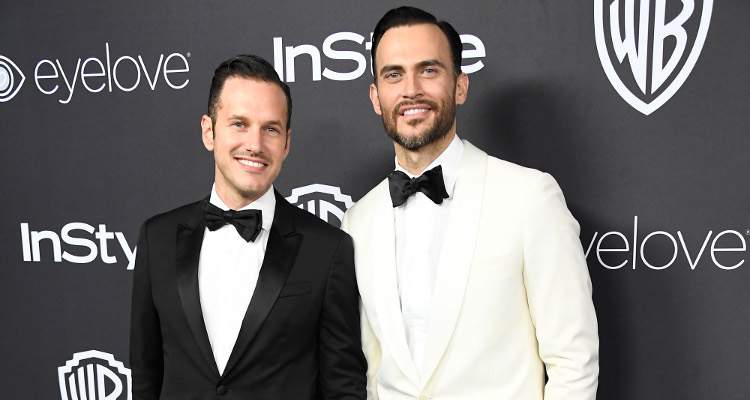 Actor Cheyenne Jackson has been entertaining us with his work on American Horror Story for quite some time now. And although we know all about his professional life as an actor, many know little of Cheyenne Jackson’s husband. If you want to know more about his husband, then our Jason Landau wiki has got you covered.

For the last three seasons, actor Cheyenne Jackson has been a part of American Horror Story. Jackson plays the role of Dr. Rudy Vincent, who is Ally Mayfair-Richards’ (Sarah Paulson) psychiatrist. Recently, Jackson gave an interview and revealed his excitement about watching the last two episodes.

The actor said, “This is my third year on the show, and this is my favorite year of all. This is my favorite season of all the seasons — even the ones I wasn’t in. I think because there’s no supernatural element to it this year, it just feels scarier. The last two episodes are going to blow your mind, truly.”

Jackson further added, “I’m not being coy, you just don’t know how it goes with Ryan. I’ve been lucky enough to do it three years in a row and you just kind of hear [from him] prior to the season. You’ll get a cryptic little text — ‘Sarah Paulson’s doctor, practice your head-shrinking’ — I think that was my offer for this year.”

Jackson’s professional life is thriving with success. And slowly, he is climbing the Hollywood ladder with his brilliant acting and super sexy looks.

Many of Jackson’s fans swoon over him, but, sadly the man is taken by Jason Landau. If you want to know everything about who Cheyenne Jackson is married to, then keep reading!

Unlike, Jackson, a lot of information about Landau is private. But here’s what we do know.

Landau was born on April 12, 1977, which makes Jason Landau’s age 40. The one thing that Landau and Jackson have in common is acting.

@1sonofabutch just brought a little angel home and as you can see, Weimaraners are just part of the family. You can also see in the background, our old dog Ikus that passed 5 years ago is still not far away.

Reportedly, Landau is an entrepreneur now. He has completed his graduation from New York University.

Landau and Jackson met each other in 2013 in a rehab center for alcohol addiction. Jackson took to Instagram and posted a photo with Jason Landau in October 2013, confirming their relationship. And after dating for a while, the couple decided not to waste time and got engaged in February 2014.

Jackson said about their relationship, “We’ve both been through a lot in our lives, we got sober together. Now we sing and we dance together. It blows my mind.”

In September 2014, Landau and Jackson walked down the aisle in Encino, California. The couple had an inter-faith marriage, as Landau is Jewish.

Happy 3 year wedding anniversary my Jewish prince @jasonrlandau. You are my favorite everything and the most wonderful father. I love spending my life with you. ?

Talking about their important day, Jackson explained, “This means a new beginning for us. It was love at first sight and this is just the culmination of that.”

About 200 guests were present at the beautiful union, including celebrities like Leah Remini, Jane Lynch, Alicia Silverstone, and Jesse Tyler Ferguson. Their wedding was a delight, and the decor was also beautifully done.

Landau said, “There were branches of trees hovering over the tennis court we’re on with over 100 mini chandeliers draping the entire party. It was gorgeous.”

Their happiness knew no bounds when Jackson and Landau welcomed fraternal twins, a girl named Willow, and a boy, Ethan, on October 7, 2016. Jackson shared the exciting news with his fans on his Instagram account by posting a sweet photo of his adorable newborns.

#TBT to 530am this morning when Ethan insisted that we all get up with him.

Jackson is so in awe of his kids that he never misses out on posting cute and adorable photos of his kids playing around or dancing. If you want some cuteness in your life, then make sure you head over to Cheyenne Jackson’s Instagram account. Jackson also posts a lot of photos of the love of his life, Jason Landau.