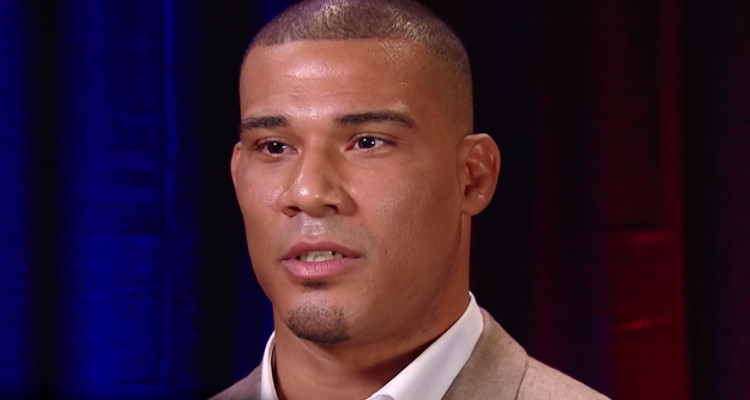 So ummm…. WWE Raw just got interesting. Up-and-coming wrestler, Jason Jordan is moving to Raw, where his long-lost dad is the general manager. Yes, we’re talking about Kurt Angle.

WWE Raw never fails to amaze us with its soap operatic storylines. After the Miz and Maryse drama and the breakup of Enzo and Cass, there’s a new dramatic revelation in the ring. Raw general manager, Kurt Angle has found his long-lost son. And he’s in the WWE, too! Jason Jordan followed his father to Raw, which prompts us to ask: Is Jason Jordan really related to Kurt Angle? Or is it another concocted storyline? Find out in our Jason Jordan wiki.

He Almost Became a Dentist

Born Nathan Everheart, the Illinois native took up amateur wrestling at seven years old. Before long, he was competing in wrestling, football, and baseball. He wrestled through college at Indiana University and was nationally ranked for three consecutive years. He graduated with a Bachelors degree in biology and minored in chemistry, social science, and medicine. Though he had the opportunity to go to dental school, he passed it up for wrestling. Thank goodness! As if dentists aren’t scary enough already!

He once said that they considered a dentist character when Jordan signed with WWE. “We threw out a lot of different character ideas, and for me, being there for so long, you have to throw a lot of things against the wall. That was something that definitely ran through my mind at some point.” Well, there can only be one Dr. Isaac Yankem!

Had a great tour of Stockholm, Sweden!

Jordan excelled in sports and academics. Not only was he in the National Honor Society and Honor Roll, he also competed at the Big 10 Conference in Indiana. He was drafted for baseball straight out of college. The Chicago White Sox and Minnesota Twins were interested in drafting Jordan, a pitcher, in the 2006 MLB draft.

However, he decided to go to college and continue with wrestling and he has no regrets. “It was definitely the right fit for me and got me to WWE. So it worked out well,” he said.

He was Scouted for the WWE in College

The college wrestling star was scouted by Jerry Brisco, WWE road agent and Hall of Famer. With Brisco’s offer, Jordan passed up on dental school. “He came to the Big 10 Tournament and the NCAA Tournament my senior year, and after that wrestling season, he got in contact with me, and he got me hooked up to go to Tampa and have a tryout at FCW in 2010,” recalled Jordan.

He held off signing immediately and returned to Indiana to complete his degree while working as a student coach. After graduating, he signed a contracted with WWE. He debuted in NXT where he formed a storyline with Chad Gable. After months of convincing by Gable, they formed the tag team, American Alpha. The duo was drafted to Smackdown in 2016 where they had a few ups and downs. They later split and Gable began competing solo.

Jordan’s net worth hasn’t been calculated, but it could be higher now that he’s getting some attention.

Also Read: Enzo Amore Girlfriend: Is the WWE Pro Heartbroken Because of His Girlfriend?

I love these singlets… oh and the #smackdown Tag Team Championships look good too!

That’s the storyline! On Monday’s (July 17) Raw, Kurt Angle revealed that he found his long-lost son. He claimed a college girlfriend gave birth to their son and didn’t tell him about it. Amid all the fan theories, Angle announced that Jason Jordan is his son.

Many are skeptical about this revelation. They first question whether Angle, a father of five young kids, is old enough to have a son as old as Jordan. Well, Jordan is 28 years old and Angle is 48. So, it’s pretty believable that he had a son while in college.

With all that said and done, take this father-son reunion with a grain of salt. This is reportedly a “storyline” reunion, as are a lot of dramatic moments in WWE. Nevertheless, media analysts believe this storyline will give Jordan a big push in Raw, which in turn, will make the promotion more sensational.