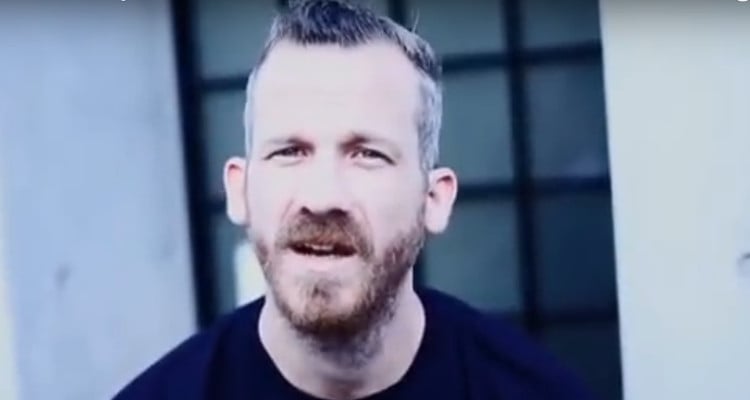 Jason Dill turned his life around after a long-running drug addiction almost killed him, and he chose to focus on the thing he loved most in his life: skateboarding. Today his skateboard brand “F**king Awesome” is famous in America and abroad. Having been a champion skateboarder himself in his younger days, Dill is a mentor and spokesperson for the exciting and fast world of skateboarding.

There was a time when skateboard whizkid Jason Dill was on the wrong path. By his own admission, he was doing every drug he could lay his hands on.

Weed, speed, crack, acid, you name it, and Dill was doing it. It almost killed him, and he had to be hospitalized for his years of hard partying in 2009. That’s when he fought his way out from that terrible situation and turned his life around.

Dill quit drugs and focused on the one thing that he loved more than anything in the world: skateboarding. He put all his energy into running and growing his skate brand company called “F**king Awesome.” And today, his 13-year-old company is successful and famous, making Dill as proud as he could be.

Here are a few details from Jason Dill’s wiki.

A Legend in Skateboarding

Born on November 21, 1976, in Huntington Beach, California, Jason Dill’s age is 40 years old. Dill grew up in the 1990s when some of the best street skaters were making their mark in the American skating scene.

Dill was part of the early World Industries/101 camp that forever changed the way street skating was looked at. He became an expert skateboarder and one of the most famous skaters in America as he skated for the brand Alien Workshop.

Dill’s part in the 2000 Alien Workshop “Photosynthesis” video is the stuff of legends and something that the kids will look at for inspiration many years from now. He had also been ranked at No. 28 on TransWorld SKATEboarding’s Most Influential Skateboarders of All Time list in 2012.

Dill came clean about his drug abuse and hard partying on a new episode of Viceland’s TV series, Epicly Later’d. He also spoke about his skating company “F**king Awesome,” which has gone from strength to strength as Dill has labored for it all these years. The brand has become very popular all over America, making stylish gear for hardcore skaters including hats, T-shirts, and hoodies.

The skateboarder-turned-entrepreneur also started manufacturing skateboards and selling them through his flagship brand F**king Awesome.

There is no clear information on Jason Dill’s net worth. But with his business taking off as it is now, it is sure to increase in future.

The Passion of a Lifetime

Jason Dill’s Instagram has very few pictures but clearly shows what is important in his life. There are pictures of Dill skateboarding, hanging out with his friends, promoting his brands, and of course, smoking.

Dill says about his business inspiration, “I go out in the world, whether it’s Paris or Pittsburgh, or a f**king shop in Stoke Newington that sells old books. I’ll stand there for three hours and look through all that s**t. And I might not find anything. But all of this is accumulated and shot out through my system. It’s how the whole operation works as far as making this company.”

As long as skateboarding has people like Jason Dill championing it, the sport’s future is very bright.