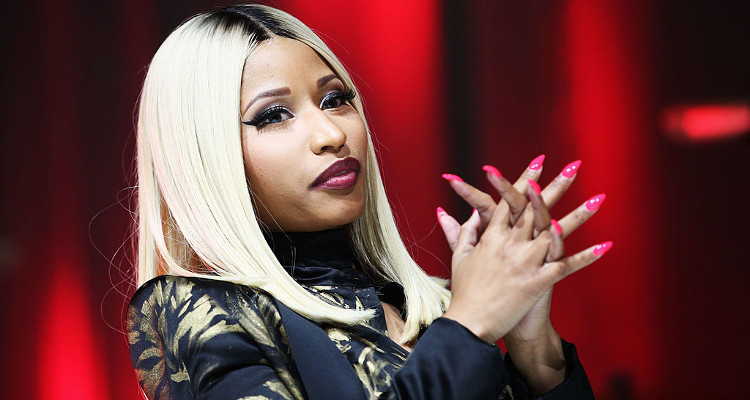 Jason Derulo is ready to release new music in 2017 and is bringing out the big guns with Nicki Minaj and Ty Dolla $ign. While Derulo is still working on his new album, the trio is dropping its first single, “Swalla.”

We could only wait patiently as Jason Derulo revealed he’s working on a follow-up album to 2015’s, Everything Is 4. But it looks like we don’t have to wait any longer for some new music from the R&B singer! Derulo recently announced that he’s releasing the first single from his currently unnamed album, which features Nicki Minaj and Ty Dolla $ign. And now, Minaj announced on Instagram that their song “Swalla” is available for pre-order!

On New Year’s Eve, Derulo revealed that he’s recording a new album for 2017 from the studio in his LA home. While we waited for the new album, the “Whatcha Say” singer revealed at a Pre-Grammys event that he has tapped the musical minds of Nicki Minaj and Ty Dolla $ign for the upcoming album’s first single, “Swalla.” On Thursday (February 16) evening, Nicki Minaj posted on her Instagram that fans can now pre-order “Swalla” on iTunes. 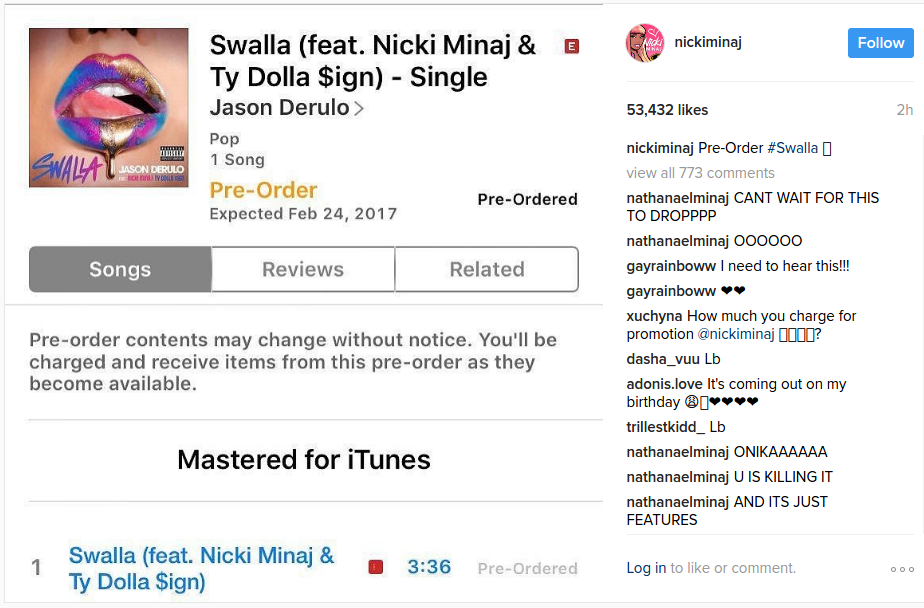 Derulo tweeted a picture the same day, dropping hints about the latest single. The R&B crooner is seen holding a glass that says “Grateful,” as he writes “The word on the glass says it all!” He also told fans to wait until tonight, making them speculate whether he’s dropping a single tonight, or premiering the music video for “Swalla.”

At the Pre-Grammys party, Derulo spoke to Billboard about collaborating with Minaj, a fellow Caribbean native, and Ty Dolla $ign. “I’m a fan of both of theirs and I thought that they fit the track perfectly. It’s one of those ones that’ll get you up and doing your thing. I feel like it’s gonna stick out on the radio. There’s nothing that sounds like it.”

The word on the glass says it all! #zoom
Wait until tonight! #swalla pic.twitter.com/DF2cX2vBw3

He also teased that they worked on a music video for “Swalla,” which touches on their island backgrounds. “You know we’re from the islands. So, we really took it there and it’s definitely a must-see.” Derulo said. “As soon as the video comes out, make sure you’re clicking.” It looks like the wait for Jason Derulo’s “Swalla” feat. Nicki Minaj and Ty Dolla $ign has finally come to an end! Meanwhile, check out the preview of “Swalla” Derulo revealed months ago.