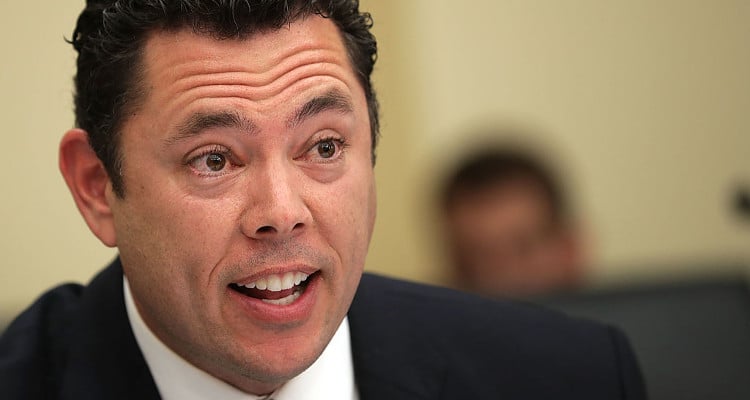 Republican Jason Chaffetz was under scrutiny with people accusing him of downplaying the investigation into the possible links between key White House staff and Russia. His decision to retire and not run in 2018 has come as a shock to both Republicans and Democrats. Chaffetz says he made this decision in order to spend more time with his family.

Representative Jason Chaffetz’s decision not to run for office in 2018 has come as a surprise. After all, it wasn’t too long ago that he said he would run to be Governor of Utah. Now that Chaffetz has made it clear that he is retiring, people are wondering what contributed to this sudden change of heart. Is it because of reports in the media that Russia not only has secret information on him, but are using their alleged intel to control him? These reports have not been confirmed, but are making the rounds in political circles. This Jason Chaffetz scandal has come at a very bad time for Republicans, since the investigation into the alleged connection between White House staff and Russia is slowly gathering steam. People are curious to know about Chaffetz, so we have some details from Jason Chaffetz’ wiki.

Lucky 13 in SLC for a really good burger. Very nice people and a great lunch today

Jason Chaffetz was born on March 26, 1967 in Los Gatos, California to John Chaffetz and Margaret Wood. That makes Jason Chaffetz’s age 50. His father was a businessman while his mother was a Christian scientist who later became a Mormon and ran a photography business. As his father was Jewish, people often wonder if Jason Chaffetz is Jewish. Though he was born Jewish, Chaffetz later converted to Mormonism while he was in college. After attending high school in Granby, Colorado, Chaffetz was accepted into Brigham Young University on an athletic scholarship. He played football for his college team and set several records. He then completed his BA in communications from BYU College of Fine Arts and Communications in 1989.

In 1989, Chaffetz met his future wife at a wedding in Arizona. Jason Chaffetz’ wife, Julie Johnson was a junior in BYU at the time, and after dating for almost two years, they married in February 1991. After graduating, Chaffetz worked in the private sector for a good 10 years in public relations for a multi-level marketing company called Nu Skin International. He then decided to enter politics as a Republican, after meeting with Ronald Reagan. He represented Utah in the United State House of Representatives several times. In the 2016 election, Chaffetz won a fifth term by defeating Democratic nominee, Stephen Tryon with approximately 74% of the vote.

Storm Refuses to Blow Over

Outside my favorite Italian food restaurant ? in New York City. That's a line from what show? #finedining

However, after facing allegations that he was soft-pedaling investigations into former White House National Security Adviser Michael Flynn’s ties to Russia, Chaffetz withdrew from the 2018 election. Yesterday (April 19), Chaffetz announced via Facebook that he would not be seeking re-election to the United States House of Representatives. Still, Chaffetz was facing an uphill task trying to convince voters about his position on various policies and issues before the government. He was a vocal opponent of Hillary Clinton and repeatedly called for her withdrawal from the presidential election.

Retirement May Not be Permanent

The Chaffetz family has a history of courting controversy. Jason Chaffetz’ father wrote a book called Gay Reality: The Team Guido Story about gay couple, Bill Bartek and Joe Baldassare, who competed on The Amazing Race. Throughout his political career, Chaffetz has opposed same-sex marriage and was criticized by the LGBTQ community. He held unpopular views on other important issues such as Homeland Security, net neutrality, disposal of nuclear waste, and the war in Afghanistan. Though Chaffetz said that he will not run for re-election, this does not mean the end of his political career. Jason Chaffetz has been known to change his mind. There is a good chance that the people of America may see him again pursuing issues he feels are of importance.