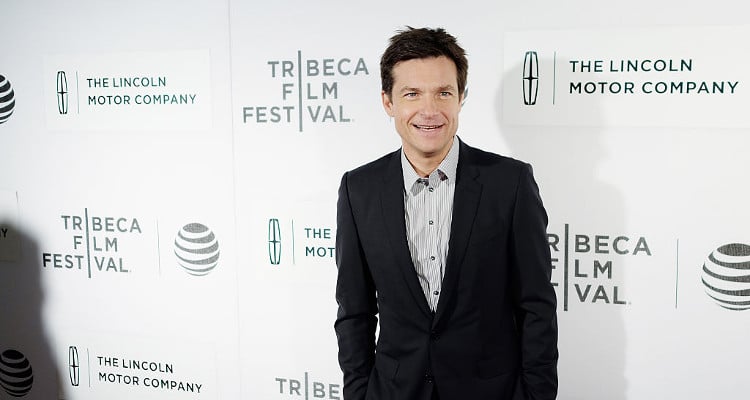 Jason Bateman is known for his comedic roles in films and television. But perhaps his dark, grim role in a new Netflix original is his best work. Netflix’s Ozark is where Bateman takes on many roles behind the camera.

In more than three decades in the acting industry, Jason Bateman’s most memorable characters have made us laugh. But laughter is the last thing we can expect in Jason Bateman’s latest feature, Netflix’s Ozark. The grim drama not only sees him play a money-laundering financial adviser, but Bateman also directed a few of the episodes and produced Ozark.

Ozark isn’t Bateman’s first directing work. In fact, you’d be surprised to know when he made his directorial debut. But Ozark maybe his best work yet. Find out about his work, family, and net worth in Jason Bateman’s wiki right here.

Jason Bateman is the son of a former Pan Am flight attendant Victoria Elizabeth and actor, writer, director Kent Bateman. The New York native has an elder sister, Justine Bateman, who is well-known for her NBC sitcom, Family Ties. After the family moved to California, he began acting professionally at the age of 10.

Bateman said in an interview that he’s not a great son. He didn’t have a particularly close relationship with his parents. It was especially strained when his father managed him professionally.

Jason and Justine supplemented their family’s income with paychecks earned from their projects, such as Little House on the Prairie, Family Ties, and Silver Spoons. At the age of 20, he fired his father as his manager and has had a hot and cold relationship with his parents since then.

A tween Bateman made his professional acting debut with the TV adaptation of Little House on the Prairie. With the success of his TV debut, he landed a role on the popular sitcom, Silver Spoons, which made him a big hit among teens.

The newly-crowned teen idol acted in The Hogan Family and directed three of its episodes at 18 years-old, becoming the Director’s Guild of America’s youngest director ever.

Bateman did some acting and directing work since then. After he had fired his father, he had trouble managing his career initially. His childhood stardom was beginning to wane, so he spent time playing golf. But when he got good at it, he knew he’d been playing too long.

“I called my agent and said, ‘You have to look harder. I shouldn’t be this good at golf.’” He then landed his breakout role in Arrested Development, which made him one of the best comedic actors in the industry.

Bateman is also credited with hilarious roles on the big screen, including Starsky & Hutch, Smokin’ Aces, The Kingdom, Horrible Bosses, and more. He starred in the critically acclaimed, Juno, one of his best movies yet. In almost 35 years in the industry, he has amassed a net worth of $30.0 million.

3. He Struggled with Drugs and Alcohol

Jason Bateman almost fell to the curse of the early fame. With most of his childhood spent on sets working, he reached a breaking point at the age of 20. He fell to drugs and drinking and was going downhill quickly. The acting offers dried up even after he became sober until he auditioned for a new sitcom, Arrested Development.

“I mean, my career was not vibrant, not robust, to say the least,” said Bateman. He continued, “And then that show came along and gave me a second chance. If it hadn’t appeared, you know, I may have turned to something else.” He played Michael Bluth, the seemingly only adult in a dysfunctional family. The series won him his first Golden Globe.

4. His Wife Made Him Sober

Bateman is married to Amanda Anka, the daughter of the iconic Paul Anka, who gave the world hits like “Diana” and “Put Your Head on My Shoulder.” They have two daughters, Francesca, 10, and Maple, 5. Jason and Amanda had known each other since they were 18.

Amanda, who also used drugs, reportedly dated other guys before Jason. When she was with Jason, she watched him party and drink his twenties away. But, when it continued when he was in his thirties, she put a stop on it.

As a result, it made him ask himself, “Do you want to continue being great at being in your twenties, or do you want to step up and graduate into adulthood?” By then, he landed Arrested Development, which helped him leave his partying days behind. Amanda’s intervention was so wonderful, even Bateman’s best friend of more than a decade, Jennifer Aniston, is proud of how far he has come.

Jason Bateman’s Ozark is available on Netflix now. Netflix has also given the green light for season 5 of Arrested Development for 2018.

If this is your thing, the whole Megillah happens on the 21st. I hope you check it out. https://t.co/sCPqns6b4X