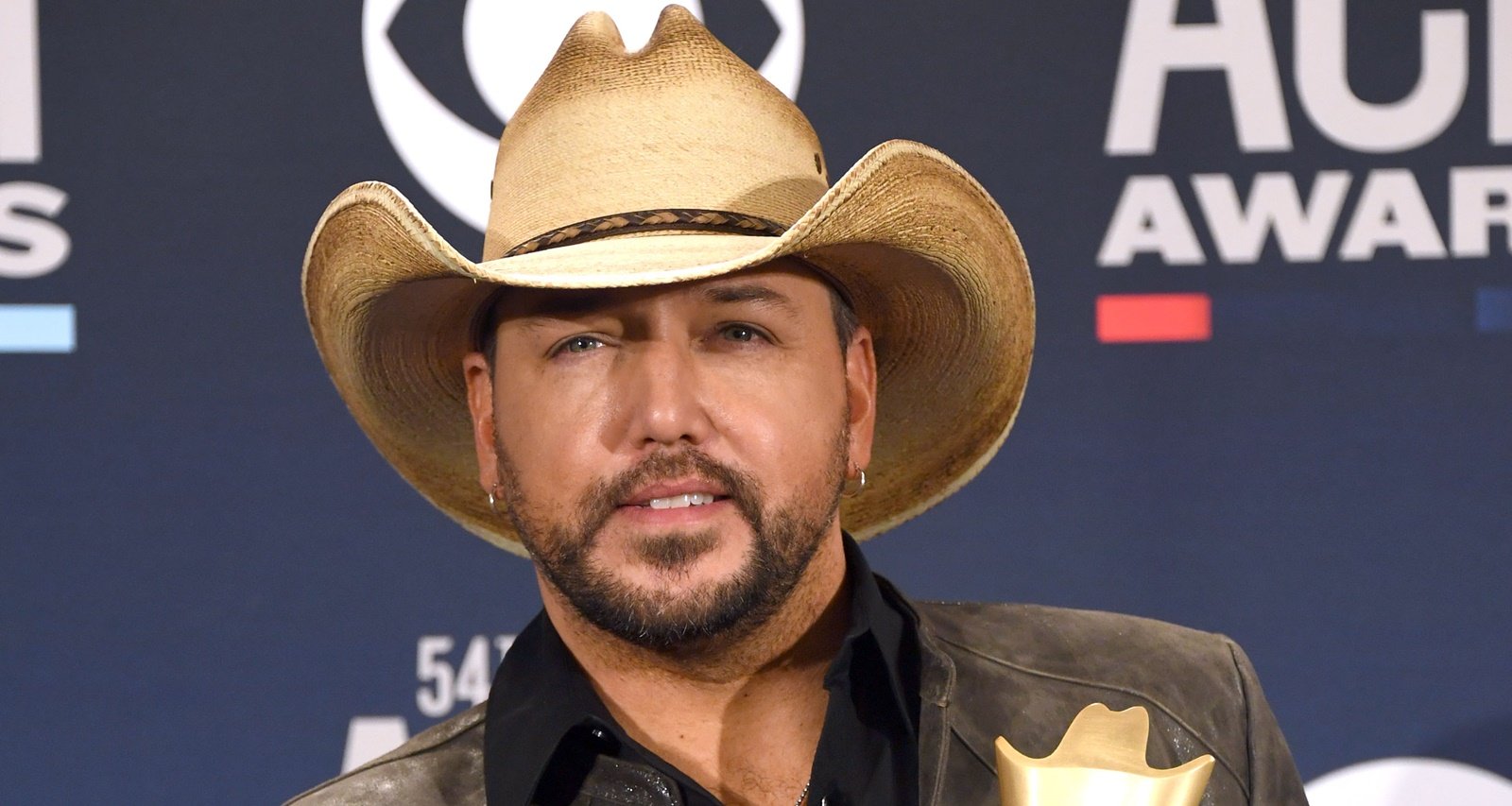 Jason Aldean used to dream about becoming a professional baseball player. Instead, he became a country music superstar with an estimated net worth of $110.0 million in 2019. The ACM 2019 Artist of the Decade awardee has built his fame and wealth through music sales and concerts. Trace his rise to mega country music stardom in figures, with Jason Aldean’s net worth.

Jason Aldine Williams, born on February 28, 1977 in Macon, Georgia, wanted to play in the MLB until the day his father bought him a guitar and taught him how to play. By 14, Jason was performing at local venues.

He was only 15 when he joined the house band at the Georgia nightspot Nashville South. He stylized his name as Jason Aldean when he performed in local shows.

Michael Knox, who worked for music publisher Warner/Chappell back then, noticed Aldean’s talent and signed him to the company. Aldean moved to Nashville after signing the deal. But when they told him to shed the cowboy hat and boots for a clean-cut look, Aldean refused and he was dropped by the label.

He was later signed by another label. But, after postponing his recording sessions, that label dropped him, too.

He tried attracting recording deals with showcases until he finally signed with Broken Bow Records. He would go on to release his self-titled debut album in 2005, which was certified platinum.

Over the course of his career, he’s had over 19 chart-topping tracks. His 2010 album, My Kinda Party, was certified quadruple-platinum.

Jason Aldean Was One of the Top-Earning Musicians through Concerts

Aldean made a significant amount of his wealth touring and performing to sold-out concerts. He consistently ranked among the top-earning Forbes Country Cash Kings through his performances alone.

He toured for more than a year performing to a total of 1.5 million fans during the Burn It Down Tour, grossing over $69.9 million. His 2016 We Were Here Tour earned over $9.3 million with over 172,00 tickets sold in the first leg alone.

In 2016, he released his seventh album, They Don’t Know, and went on a tour with over 50 shows. According to Forbes, his concerts raked in over $1.0 million in every city.

Aldean was performing at the Route 91 Harvest Festival in Las Vegas in October 2017 when gunman Stephen Paddock opened fire on the crowd. Aldean and his band managed to escape unharmed, but the singer was left shaken.

Though putting the massacre behind him and going on stage was difficult, Aldean managed to have a successful 2018 with the release of his eighth album, Rearview Town. He’s currently on the road in 2019 for the Ride All Night Tour, which kicked off on April 12, 2019.

The following table illustrates Jason Aldean’s estimated annual earnings in the years he ranked among the top-earning country musicians.

While music remains his primary source of income, Jason Aldean has ventured into other areas that interest him. Most recently, he’s brought his country rock vibe to the restaurant business.

@jasonaldeans sign is officially up on lower broadway. This place is gonna be insane!! I cant wait for everybody to come check it out when we open in a couple weeks. 🥃🍹🍺 #nashville

And Aldean is set to expand his restaurant empire further in partnership with fellow country star Luke Bryan and MLB player Adam LaRoche. The trio are planning to open E3 Chophouse in 2019, not far from Jason Aldean’s.

Jason Aldean’s home in Nashville is considered one of the most attractive residences in the city. Aldean, his wife, Brittany Kerr, and their kids called a massive 120-acre country palace equipped with an equestrian facility and an in-ground pool their home until very recently.

Aldean, Kerr, and their son Memphis welcomed the newest addition to their family, daughter Navy, in February 2019. While their new and bigger dream home is under works, the family is staying at a temporary home.

He owned a hunting ranch in Centerville, Tennessee, which he listed for sale at $4.5 million in 2017. He also owns a vacation home in Florida.

Aldean was able to afford his own car at the age of 16 thanks to his many gigs at local venues. His first car was an ‘85 Toyota pickup, which is the subject of his song, “Dirt Road Anthem.” He’s now graduated to sweeter rides like a ‘76 classic Bronco courtesy of good friend, Luke Bryan.

Thanks to the guys from @ridgeoffroadconcepts for making this special edition “Night Train” Jeep for me! This thing is BAAAAADASSSS!

The following table compares Jason Aldean’s net worth with other musicians.