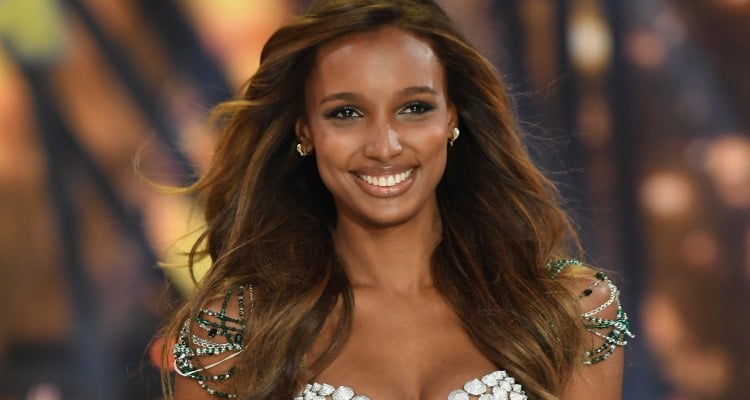 Tookes also did gymnastics for a decade and was also very active in softball and volleyball, before she became a model at the age of 15. Tookes was discovered by an agent at one of her mother’s showroom appointments.

The 25-year-old star started out modelling for campaigns such as UGG and Gap in 2010 and quickly landed the opportunity to work with Vogue Italia in 2011. For someone so talented and striking, it’s no wonder that Jasmine Tookes’ agency is none other than IMG Models! Since singing with the renowned modelling agency, Tookes has walked for elite name brands such as Burberry, Giorgio Armani, Ralph Lauren, Marc Jacobs, Oscar de la Renta, Prada, and many more. She has also advertised for brands like Kate Spade, Lancôme, and DKNY, and Jimmy Choo.

Jasmine Tookes’ age may only be 25, but the model is quickly becoming a household name, if not already. She officially got her wings in 2012, when she became a Victoria’s Secret Angel, a dream job for any young model. Her inspiration in the business was actress and former model, Tyra Banks.

At this year’s Victoria’s Secret Fashion Show, Tookes landed the coveted opportunity of being the one to wear the Fantasy Bra on the runway in Paris, France. The Bright Night Fantasy Bra was designed by Eddie Borgo. The lavishly-decorated bra was a jewel-encrusted, jade greed two-piece ensemble, featuring diamonds, emeralds and 9,000 gemstones, and it weighed almost 450 carats! Did we mention that the bra is worth $3.0 million? Tookes received the honor from fellow model Lily Aldridge, 31, who wore the famed bra in the 2015 VS fashion show in New York.

“I don’t know how they chose, but I am so honored to have this opportunity, and be able to walk down the runway with this beautiful thing,” said Tookes in an interview with The Sun.

Aldridge was also kind enough to give Tookes some advice on how to be calm and what to do while wearing the expensive bra.

After seeing her strut her stuff down the VS catwalk this year, many are interested in Jasmine Tookes’ body stats and weight. She has an athletic build and weighs 120 lbs. Jasmine Tookes’ height at 5’9” makes her ideal for modelling, especially with those legs for days!

For five months, Tookes knew that she would be the one wearing the bejeweled bra, but was sworn to secrecy about wearing it on the big night. She wasn’t allowed to tell anyone about the coveted garment!

Thanks to her successful modelling career, Jasmine Tookes’ net worth is $5.0 million, making her one of the highest paid models in the business, right now. 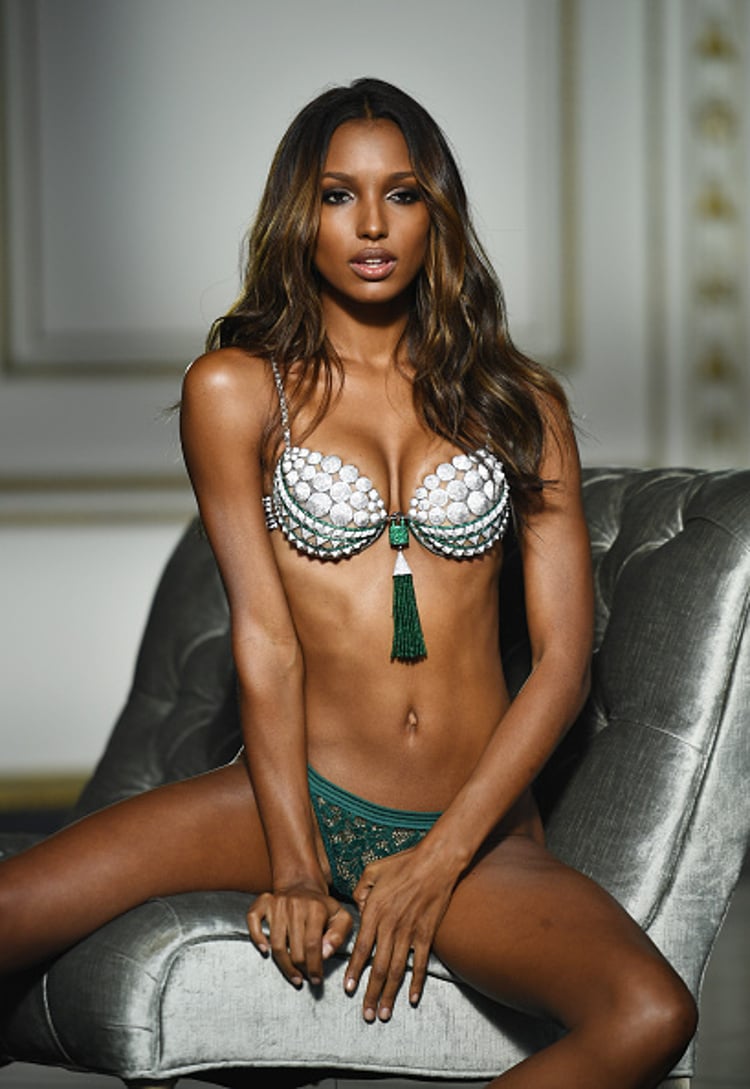 Jasmine Tookes’ diet is unlike anyone else’s in her field. The model likes to eat lots of carbs, but works out a lot in order maintain a healthy figure. She also enjoys making protein shakes and getting plenty of sleep.

Jasmine Tookes’ Instagram username is jastookes, her Twitter handle is JasTookes and you can reach her Snapchat under the username, JasTookes.

Words cannot describe the feeling I had on the runway last night! Thank you to my incredible VS family for giving me this opportunity. It is such an honor to follow in the footsteps of some of the most iconic supermodels. Love you @ed_razek ❤️