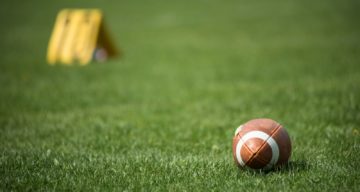 When the BYU Cougars needed a leader, football quarterback Jaren Hall stepped up. He’s not only a superstar on-field but also off-field for his wife and daughter. The footballer’s wife brought their daughter to the field on August 15, 2022, to cheer for her dad. Fans are intrigued by this and want to learn more about Jaren Hall’s wife, Breanna Hall. She’s a former soccer player who has a distinct personality. Meet this fabulous WAG in our Breanna Hall wiki.

Breanna Hall (nee McCarter) was born on November 1, 2000, in Gilbert, Arizona, to Bev Parker McCarter and Doug McCarter. Her dad is the director of customer care at 2Wire, a telecommunications equipment company in Mesa, Arizona. Meanwhile, her mother works as a hairstylist at T. Salon.

She has three siblings: Craig, Mike, and Ashlynn. Her sister is a senior manager for customer success and support at BlueVine in Utah and is married to Zach Smith. Craig served a year in Iraq with the United States Marine Corps. Meanwhile, Mike lives in Sierra Vista, Arizona, with his wife and a child.

Jaren Hall’s wife, Breanna Hall, went to Highland High School in Gilbert until 2014. She began playing soccer at the age of five and continued until college. In 2014, she received an honorable mention of all-state recognition, and her team won the Arizona state championship.

After that, Breanna attended Utah Valley University to pursue a degree in exercise science and graduated in 2019. She was a prominent member of the Utah Valley women’s soccer team. In 2015, she earned academic all-WAC honors and was named to the WAC All-Academic team in 2016.

In the 2017 season, the former soccer player was ranked second on the team in scoring goals and earned second-time all-WAC honors for her efforts. She also earned all-tournament team honors for her performance at the WAC Tournament.

Breanna decided to leave soccer and move on to the next chapter of her life in November 2018.

It’s unclear how the couple met. Breanna shared an Instagram post about Jaren Hall for the first time in December 2018. Furthermore, she said in that post, “Update: kinda like this guy.” In February 2019, she called him her Valentine.

According to a post made by the quarterback, it appears that the couple met for the first time on October 2, 2018. The football player proposed to his then-girlfriend in 2019. Breanna thought she was going to the reservoir to roast marshmallows, but Jaren surprised her with a ring.

The pair married on December 6, 2019, in Provo, Utah. The wonderful WAG announced her pregnancy in January 2021, and their daughter, Jayda, was born on July 1, 2021. Recently, Jayda was spotted at a game rooting for her dad.