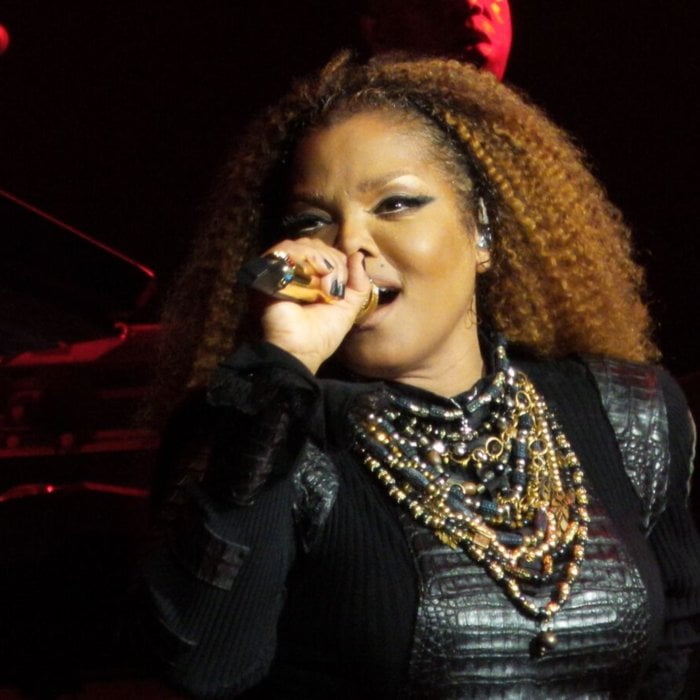 Janet Jackson is one of the biggest names in the music industry not because her brother, Michael Jackson was a legend, but because she has established a name for herself. The musician and actress has been in the spotlight for more than three decades, making her an icon.

All this time in the music world has taught the youngest Jackson a lot of things. For instance, for her Unbreakable tour, the five-time Grammy winner has taken promotion to a whole new level. She posted a photo on social media (Facebook, Twitter, and Instagram), of a car! It seemed to be a mini Toyota electric car, which is covered in Jackson’s face and tour details. The caption read, “R U ready for this #Unbreakable set of wheels? Catch us as we #BurnItUp in #Boston on Feb 26th. – Janet’s team.”

Fans of the 49-year-old even got a chance to take a photo in the car. They uploaded them on their Twitter, and someone close to the project posted a photo of herself in the car. What was so hilarious about this is that she had “Madonna” written on the sleeve! In the caption she wrote, “The new wrap on the #Do617 car is “All For You” #JanetJackson. Like my hoodie?” Using the hashtag, “Thanksgiving with Janet,” several others have uploaded images with the car as well.

Given the success of her new release, Jackson has been very busy recently. One leg of her world tour finished in Japan last month. Soon after, Unbreakable even won the best R&B Album at the 2015 Boombox Choice Awards. This album has become Jackson’s seventh (out of eleven) to top the Billboard 200 chart in the U.S.

However, Jimmy Jam has something to say about this. The iconic producer has admitted that he has a lot of respect for Adele, and when asked, “Would you produce anything with her?” he joked, “She don’t need me, I just listen. She don’t need me for nothing [sic].” But when questioned whether Jackson would be able to catch up with Adele, he laughed and had the best comeback. “I don’t think it’s just about sales..let’s see if Adele can catch up with Janet’s career.” He went on to say that he loves Adele too, but “let’s not compare.” Hear, hear.