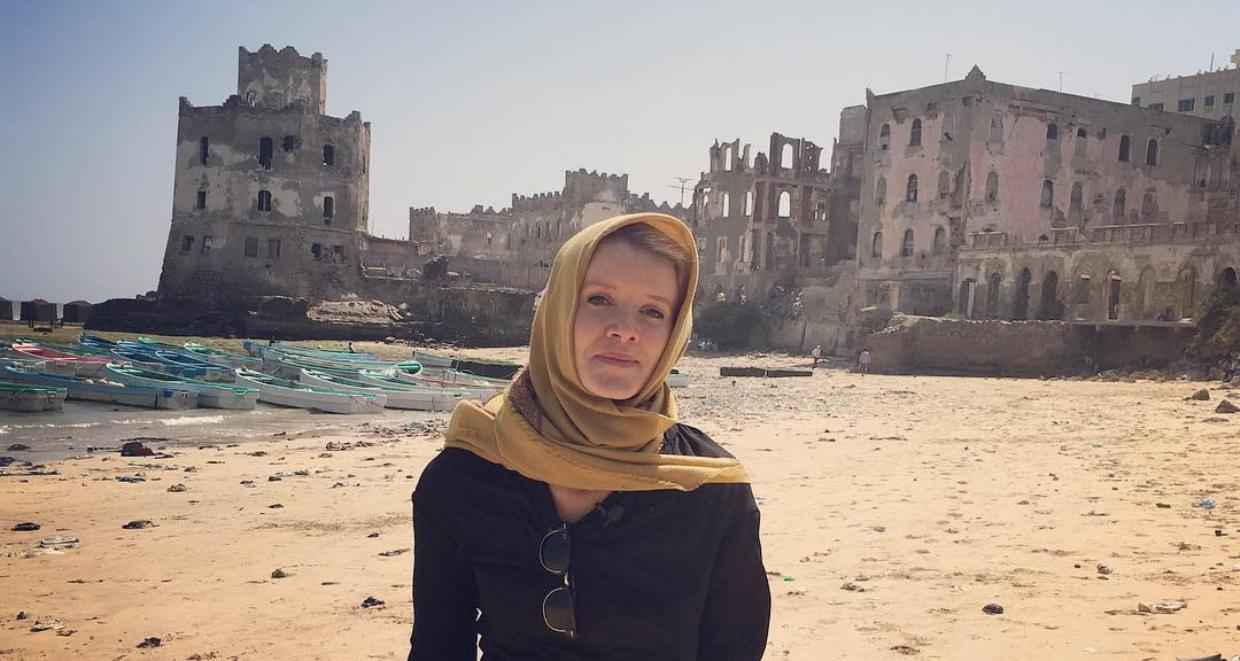 Jane Ferguson is an expert in covering the complex issues that define the Middle East region today. After all, she has spent 10 years working and living there and cares deeply for the people living in the region. Ferguson can speak, read, and write Arabic and has worked for media organizations like Al Jazeera English, CNN International, CBS News, and PBS NewsHour. She is a tough truth seeker with a feel for global issues and has a soft heart for lost kittens.

Some journalists are admired and respected because they lay their life on the line every day to bring their readers and viewers the vital news that they eagerly await. One such journalist is Jane Ferguson.

She has spent more than a decade in the dangerous regions of the Middle East to bring accurate and much-needed information to her viewers.

Jane Ferguson is a PBS NewsHour special correspondent based in the Middle East. She covers global stories on issues from wars and natural disasters to major diplomatic matters.

Here are a few details from Jane Ferguson’s wiki.

A Resident of the Middle East for 10 Years Now

Jane Ferguson’s nationality is Irish, as she was born in Northern Ireland but currently lives in Beirut, Lebanon. She has been living in the Middle East for the last 10 years and has regularly covered news from all over the region as a news organization employee, as well as a freelance journalist. Her boyfriend Matthew McGarry also lives in Beirut, Lebanon. 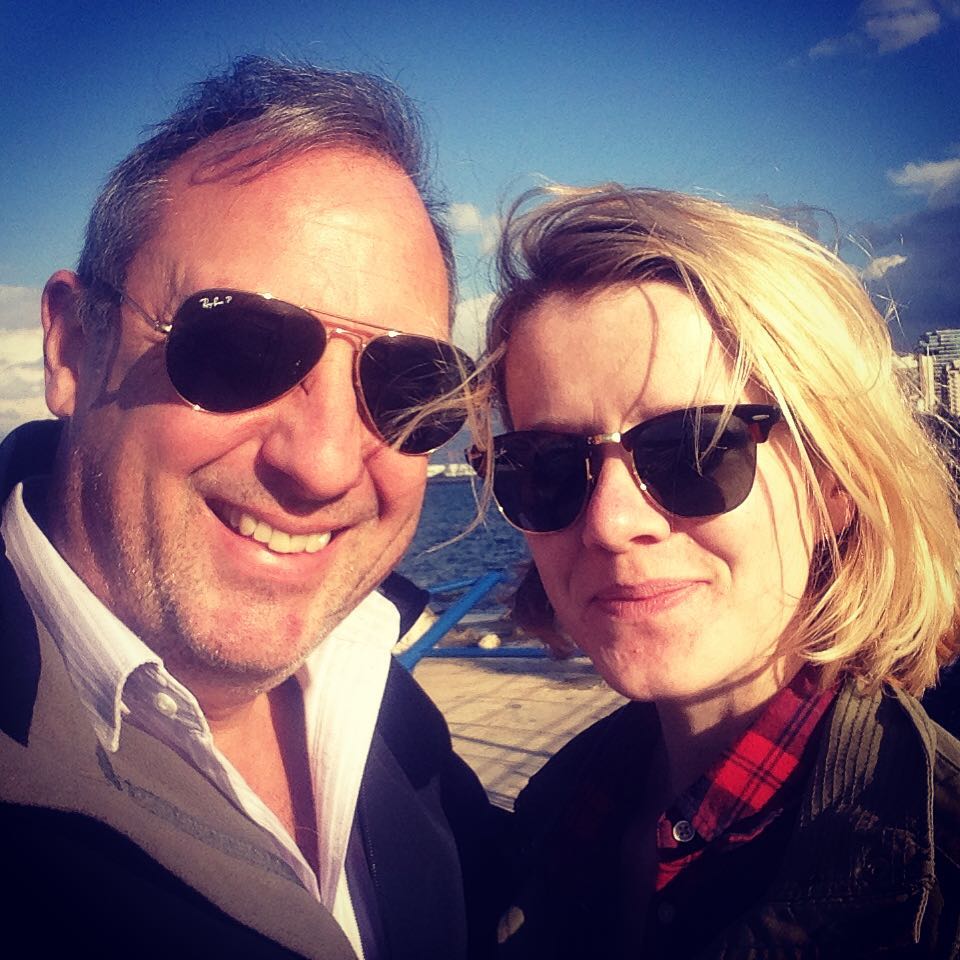 Jane Ferguson with her boyfriend, Matthew McGarry in Beirut. Credits:Instagram/janieferg

Ferguson has been doing in-depth reporting on complicated topics, talking to people on the ground to bring the truth to viewers all over the world. Her passion is telling peoples’ stories and connecting them to viewers.

Some of the major stories that Ferguson has worked on include reporting on the civil war, famine, and humanitarian disaster in South Sudan in May 2017; reporting from the front lines of the Mosul offensive against ISIS in Iraq in 2016 and 2017; and reporting on the Houthi control of Sana’a, Yemen.

Not only can Ferguson speak Arabic, but she can also read and write the language. She says that this ability has translated into stronger human connections and deeper storytelling skills. 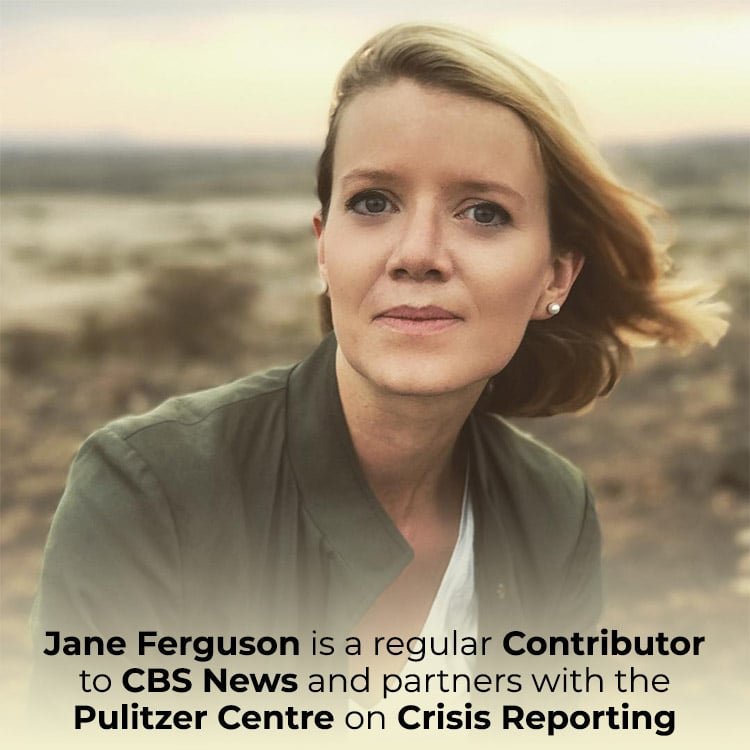 Jane Ferguson is a Regular Contributor to CBS News and Partners with the Pulitzer Centre for Crisis Reporting. Credits:Instagram/janieferg

Ferguson has been working for PBS since June 2015. She is a regular contributor to CBS News and regularly partners with the Pulitzer Centre for Crisis Reporting. She also writes for several outlets including the New Yorker.

During the first couple of weeks of my trip to #Yemen, it was the #Muslim Holy Month of #Ramadan. This is a time of reflection and community for Muslims around the world, and through fasting they remember those less fortunate than them and draw closer to a personal relationship with #God. For #Yemeni families in #Sana’a this is one of the hardest Ramadan’s, with many people unable to afford to buy much food anyway. The economy is on its knees and unemployment means many are struggling to feed their families. In the ancient old city of Sanaa however pre-#Iftar dinner times are still busy. This is an ancient, remarkable walled city filled with people who proudly trace their ancestry back to #Noah (yes, from the Bible). I was delighted to be there. #ontheroad #souk #travel #wonderlust #work #journalism #realnews #pbsnews #pbs #pbsnewshour #newshour #yemen

Between October 2011 and January 2015, Ferguson worked as a freelance roving correspondent for Al Jazeera English as part of the Al Jazeera Media Network.

Some of her career highlights during this period are covering the Egyptian military government’s crackdown on protesters in Cairo in August 2013; investing the success of the ongoing handover of combat duties from foreign forces in July 2013 in Afghanistan; and reporting exclusively from Homs, Syria, as the network’s first undercover correspondent in February 2012.

Ferguson also interviewed the most powerful warlord in South Somalia before he tried to retake major cities from the Mogadishu government. She has put herself in danger many times to get early and exclusive stories for her viewers.

Covering a Variety of Issues

Ferguson worked as a freelance roving correspondent for CNN International based in Abu Dhabi from December 2009 to October 2011. During this period, she reported mainly from Africa and the Middle East.

She covered Al Qaeda affiliates in Yemen, Somalia and West Africa, as well as piracy and counter-piracy measures in these regions.

She Studied Politics at the University of York

Ferguson graduated from Lawrenceville School in New Jersey, United States. Then, she studied at the University of York, one of the top 10 universities in the UK, and secured a Bachelor of Arts in Politics.

She took part in extra-curricular activities in both school and college, which included becoming the deputy editor of her college student newspaper called Vision. She was also a member of her college sailing team.

No Place Is Too Dangerous for Jane Ferguson

These days, Ferguson is focusing on specific issues like the ongoing cold war between Iran and Saudi Arabia in the Middle East, Islamist groups all around the world, and the U.S. foreign policy under an increasingly belligerent Donald Trump.

No matter how dangerous the assignment, viewers can rest assured that Jane Ferguson will take chances and bring you the news story you have been eagerly waiting for.

Also Read: Will Carr’s Wiki: The ABC News Correspondent Who Always Reports from the Scene of Action