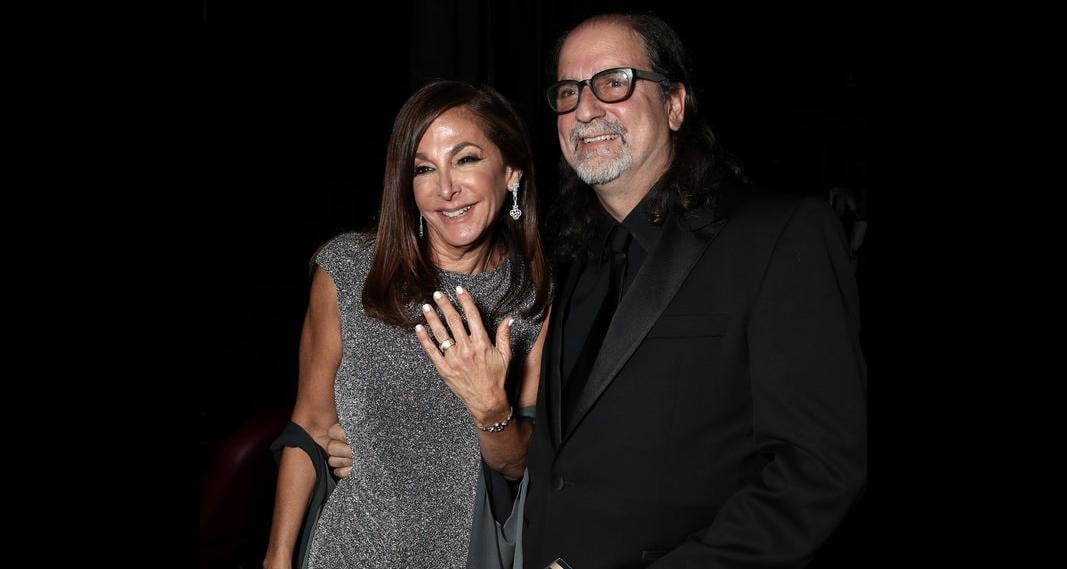 It was the moment that will go down in Emmy history. Glenn Weiss took home the award for Outstanding Directing for a Variety Special at the 2018 Oscars, but that’s not what shocked every attendee in the house! Weiss used his acceptance speech time to propose to his girlfriend, on stage, live, in front of everyone! Only an awards director would know how to pull off a live proposal mid-show, right? Jan Svendsen was the surprised lady the famous director popped the big question to, and since then, the world wants to know who she is!

He Proposed with His Mother’s Ring

Glenn Weiss has helmed the Tony Awards, Billboard Music Awards, Dick Clark’s New Year’s Rockin’ Eve, and the Academy Awards as a director and producer and has won 10 Emmy Awards in the past. But it was his 11th Emmy win that was the most special.

In his acceptance speech, Weiss first mentioned his mother who passed away two weeks before the Emmys.

“Mom always believed in finding the sunshine in things, and she adored my girlfriend Jan. Jan, you are the sunshine in my life, and mom was right, don’t ever let go of your sunshine,” said the 57-year-old director.

The camera was focused on a tearful Jan Svendsen, Weiss’ girlfriend, before he delivered the most romantic moment of the night.

“You wonder why I don’t like to call you my girlfriend — because I want to call you my wife,” he declared, bringing the audience to their feet in awe. 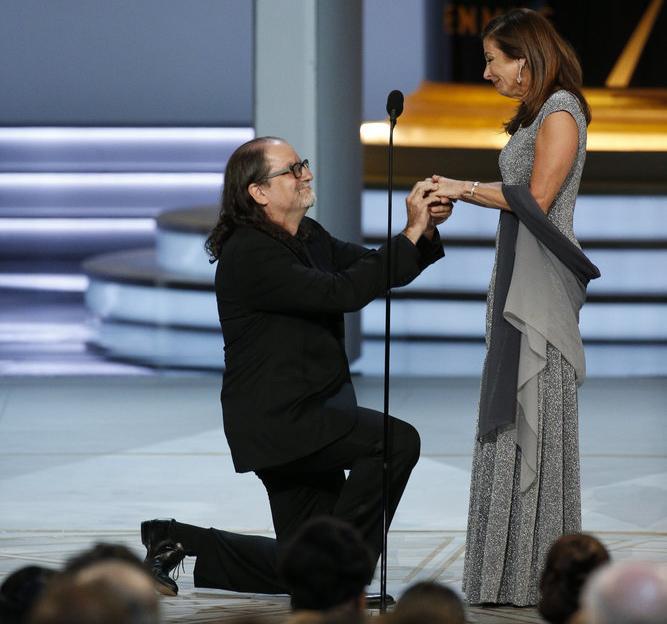 Glenn Weiss of “Directing – Variety Special for The Oscars” proposes to his girlfriend during the 70th Annual Primetime Emmy Awards (Photo: Paul Drinkwater/NBC)

When Svendsen joined him on stage, Weiss legit got down on one knee to propose with his mother’s ring, and Svendsen was nodding even before she saw the ring! Her official answer was, of course, yes.

Backstage, Weiss said that he had been considering proposing on stage for a while but had not exactly planned it. However, he was going to propose to her later if he didn’t win.

In case you missed it, you can watch the romantic moment from the 2018 Emmy Awards by clicking on the link below. Get the tissues ready!

They Met at the Tony Awards

Janis Friedlander Svendsen hails from Los Angeles and currently resides in New York where her work is based. She celebrates her birthday on October 9, but her age is still a mystery.

Svendsen is the chief creative officer at The Charity Network, a non-profit organization that harnesses the power of celebrity, technology, and media to raise awareness and funds for some of the world’s toughest challenges. She has been the director of marketing for The Broadway League, the industry’s trade association, and the Tony Awards from 1999 to 2016.

Weiss and Svendsen run in the same circles, and he has directed the Tony’s 16 times. They gushed that they met in 2001 while working on the Tony Awards and have been together since. Their first public appearance as a couple was in 2012 when they attended the Governor’s Ball.

Svendsen also bonded with Weiss’ mother, Helen Weiss, while working for the Tony Awards. At the backstage Q&A, the director said that Svendsen and his mother would hang around at the Tony Awards and were great friends.

Award shows are central to both Svendsen and Weiss’ lives. So, getting engaged during the show is very special to them.

She Has Three Daughters

Weiss and Svendsen’s previous relationships are not known, and they have children from past relationships. While Weiss has two daughters, Svendsen is a mom to three girls.

One of her daughters, Lina, has an unspecified disability and can’t communicate nor take care of herself, according to one of Svendsen’s Facebook posts. She suffers from seizures among other conditions.

Happy Birthday to my daughter who is filled with “nothing but love” for the world. Lina can’t speak or read or write or…

Lina is very much adored by her mother and sisters. And Svendsen says her daughter is filled with love.

She Works for the Charity Network

After graduating from University High School in Los Angeles, Svendsen acquired a Bachelor’s degree in sociology from San Diego University. She went on to get a Master’s in marketing from American Graduate School of International Management (Thunderbird) at Arizona State University.

For eight years, Svendsen served as the vice president at Ogilvy & Mather, an advertising firm. After a 17-year career at the Broadway League and Tony Awards, Svendsen joined the Charity Network in 2016.

The Charity Network, which is supported by numerous celebrities, is an organization that supports several charities. She was initially the organization’s chief marketing officer and is currently the chief creative officer.

Her job is to strategize unique campaigns for celebrities, charities, and brands. She has also collaborated with Lin-Manuel Miranda for fundraisers before.

Through multiple campaigns, Miranda and Svendsen have raised over $7.0 million for various charities.

Soon, Jan Svendsen and Glenn Weiss will be busy planning their wedding. So, congratulations to the happy couple on their engagement, and we wish them all the best in the future!