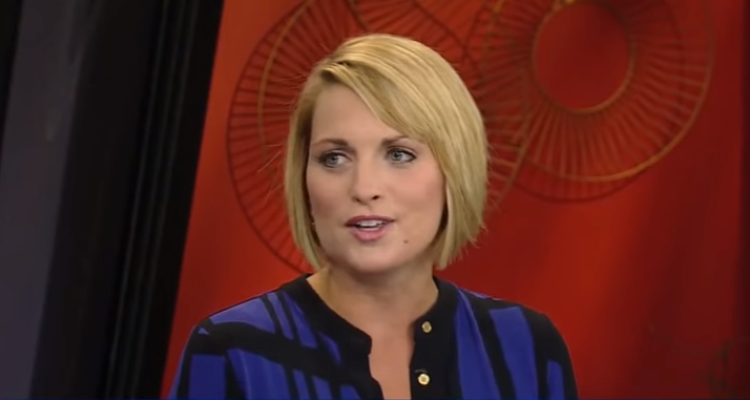 Emmy Award winning reporter and current CBS News correspondent, Jamie Yuccas, has often been one of the first journalists to hit the scene and report on some of the biggest U.S. news events in recent history. She’s a strong, compassionate, and dedicated reporter whose main priority is to get to the heart of every story. Read our comprehensive Jamie Yuccas wiki to find learn more about Jamie Yuccas’ bio!

The Early Bird Gets the Worm

She was one of the first correspondents to arrive on the scene in the wake of the horrific Pulse nightclub shooting in Orlando in 2016, that left 49 people dead and 53 people injured. Currently, she’s reporting on the horrendous and devastating aftermath of Hurricane Harvey in Houston, Texas.

Part of being a professional journalist means getting right in the thick of things and it’s evident that Jamie Yuccas doesn’t shy away from reporting on some of the most heart-wrenching news stories of her time. According to various online Jamie Yuccas bios, it was her grandfather who sparked her interest in journalism from a young age because he used to ask her to read the newspaper to him when she was a young child. He encouraged her to vehemently pursue her dream and make it a reality.

Ever since she was a little girl growing up in Minnesota, Jamie Yuccas was very close to her grandfather on her mother’s side. Not only did he instill strong moral values within her from a young age, but he also taught her to have a good work ethic from the very beginning of her life, as well as to be accountable for her own actions and show compassion towards other people from all walks of life. In many ways, these are very important traits that make for a successful career in journalism. After all, in order to properly and accurately report on people and events, you have to care about them at least a little bit. By the age of 8, Jamie Yuccas was already conducting interviews with people and recording them on a tape recorder her parents had gifted to her. Showing immense enthusiasm for her chosen career path, Jamie Yuccas decided to quit her part-time job as a grocery store cashier at the age of 14. She took on an internship at a CBS affiliate station in her hometown so that she could gain the experience she needed to become a full-time reporter, which inevitably led to her receiving her first onscreen spot as a junior correspondent. She attended the University of Minnesota, Twin Cities and received a BA in Journalism from 2000-2003, having completed a 4-year program in 3 years.

As you can see from Jamie Yuccas’ Instagram account, she is simply loving life. And why wouldn’t she? After all, she gets to travel the world and she’s making a huge name for herself by doing her dream job.

Since there isn’t really much information available about her private life, many fans and viewers have found themselves wondering whether Jamie Yuccas is married or divorced. We know for a fact that Jamie Yuccas married her former husband, John Sheehan, in 2007 and that John works as a Regional Business Manager at Starkey Hearing Technologies in the Greater New York City Area. However, though they are no longer together, there is no news on Jamie Yuccas’ divorce or why the pair split. If Jamie Yuccas’ Instagram account is any indication, she seems to be romantically involved with another man now and they look very happy together!

Jamie Yuccas was a former correspondent and morning news anchor at WCCO-TV in Minneapolis, MN. She’s won two Emmys throughout her career, most notably for her extensive coverage of Hurricane Sandy in 2012. She was also one of the first reporters to arrive at Pulse nightclub immediately after the shooting took place and was seen comforting mourning family members and friends. Her ability to relate to her subjects on both a human and emotional level is what makes her stand out from the rest of her colleagues, not to mention the fact that she’s very involved in her community.

Perhaps her most harrowing experience as a news reporter so far was when she came under attack by angry protesters while reporting on the presidential inauguration of Donald Trump earlier this year. Check out the images below!

You are loved, Orlando. ????? My heart has broken a million times this week. But I've also been encouraged by this community. I've met so many strong, resilient, kind and giving people. I have nothing but good thoughts and ?? for all those touched by this tragedy.

Her latest journalistic endeavor is in Houston, Texas, where Hurricane Harvey is currently wreaking a great deal of financial, emotional, and environmental havoc.