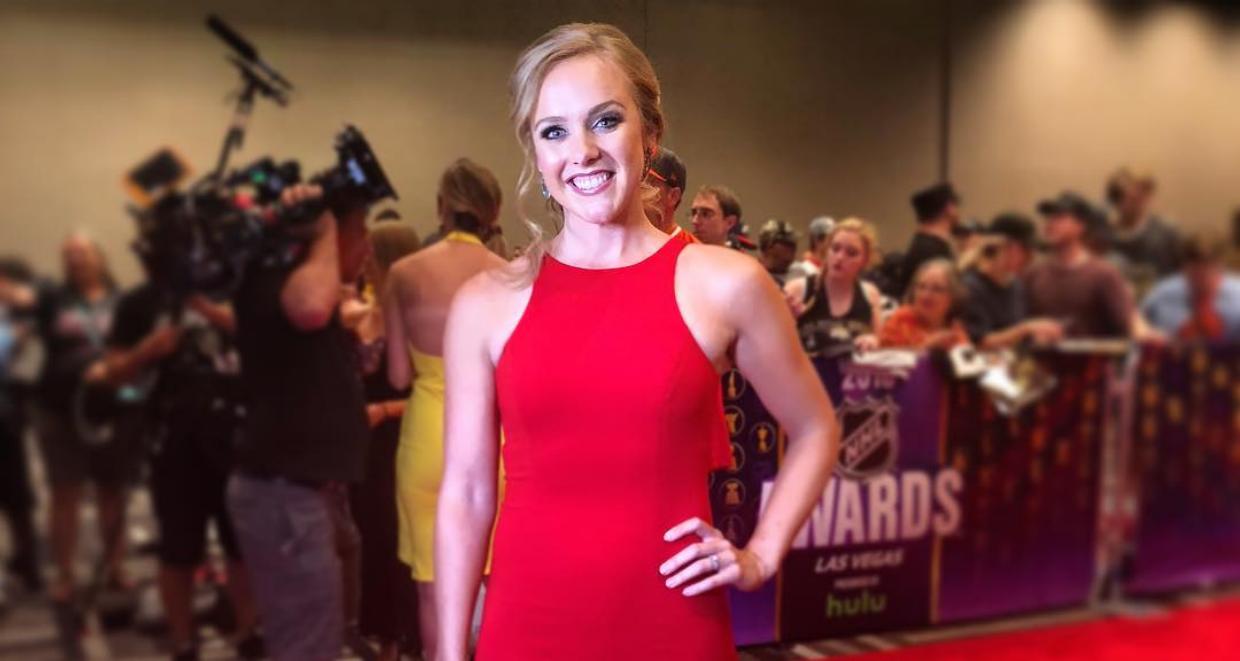 Jamie Hersch, a studio host on the NHL and MLB network, is the shining example of women in the field of sports broadcasting. Her hosting skills are impeccable and she well informed on all things sports related, due to her passion for action. If you want to know more about this beautiful and talented, woman, then take a look at some of the interesting details from our Jamie Hersch wiki.

Jamie Hersch celebrates her birthday on May 25. She was born in 1987, in Champlin, Minnesota, which makes her age 31. In 2005, Hersch graduated from Champlin Park High School.

When she was younger, Hersch was a figure skater and a lot of her friends played hockey. While she was attending Champlin Park High School, she reported on the school’s football games.

She recorded stories from the coach and players, and even conducted parent interviews and then aired them all on CPHS’s student news broadcast, the Rebel Report. Hersch sent her work to Minnesota State High School League.

They were highly impressed by Hersch’s work, they asked her to report on tournaments for state hockey, football, and basketball. A lot of her work aired on KMSP and KSTP in 2004 and 2005.

While studying in the University of Southern California, Hersch worked with Annenberg TV News, Annenberg Ambassadors.

Hersch is very much into fitness, in her spare time she goes for a run and is often spotted playing tennis.

Jamie Hersch’s Thriving Career as an Anchor and Studio Host 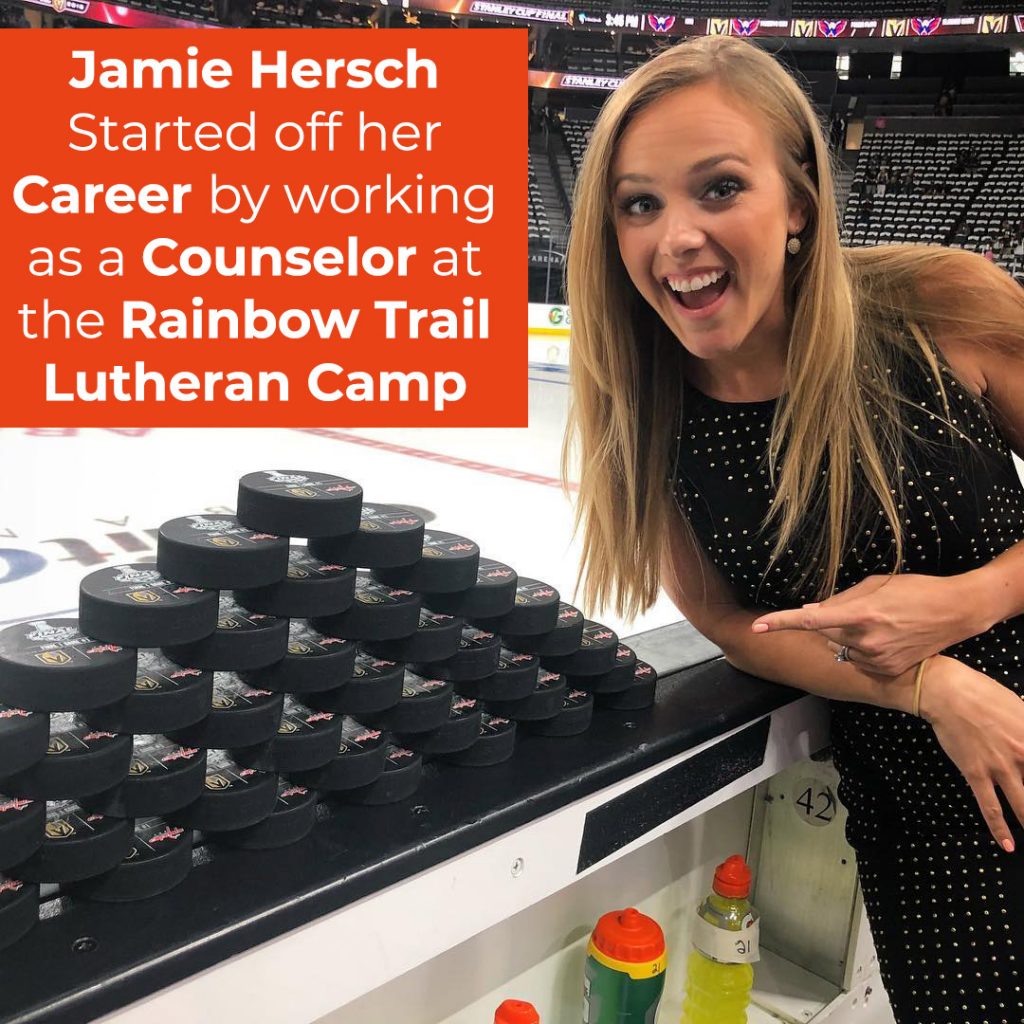 From a very young age, Hersch was inclined towards reporting and hosting. She started off her career by working as a counselor for a year at the Rainbow Trail Lutheran Camp.

After college, Hersch worked as a reporter in Madison, Wisconsin. She was her own photographer, editor, and producer, and roamed around with 50 lbs of gear including her camera, tripod, and mic bag. She used to shoot all the video while taking the interviews.

Finally, in 2006, Hersch fulfilled her dream of becoming a reporter and an anchor, when she bagged a job at Annenberg TV News. She worked there for two years and some of her duties were to write, shoot, and edit all packages. Anchored live 30-minute newscasts, she reported live for nightly newscast, and added breaking news during shows.

In 2009, Hersch worked as a weekend news anchor and a multimedia journalist at WKOW-TV. She worked as an anchor for Wake Up Wisconsin Weekend and reported on breaking news during the week.

For two years at the same network, Hersch was a weekend sports anchor.

She covered some of the country’s best teams like the Brewers, Packers, and Badgers. Additionally, she has covered some of the big events such as the 2011 and 2012 Rose Bowl, Super Bowl XLV, the Badger basketball team’s Sweet 16 appearances in Boston and New Orleans.

Hersch’s career as a sports journalist reached heights when she started working as a Studio Host and Sideline Reporter at FOX Sports. She began working in Feb 2013 until September 2015. Hersch was a studio host for the Minnesota Wild Hockey team and a sideline reporter for Minnesota Twins baseball.

In January 2015, Hersch went to Kuwait to cover various former NHL players who were responsible to bring hockey to the American troops deployed overseas.

Hersch and her team stayed at Camp Buehring with the soldiers while they ran hockey skills clinics and played floor hockey games on the base.

Currently, Hersch works as a Studio Host and a reporter at the MLB Network and NHL Network. At the MLB Network, Hersch is a host of Quick Pitch, which is a nightly highlight and post-game recap show.

At the NHL Network, Hersch is the host of On The Fly. Occasionally, she also hosts NHL Tonight, that offers live look-ins to NHL games and unscripted analysis. She is also a reporter for important events like the NHL All-Star Game, Stadium Series games, the Winter Classic, and Stanley Cup Playoffs.

Hersch’s versatile way of anchoring makes her to take up new challenges and new methods of sharing stories of coaches, fans, and athletes. Her passion for sports like hockey, baseball, USC football, travel has brought her this far in her life.

For a while, until 2009, Herch used to write on her blog. She has posted around nine blogs on the website. But, it looks like her work is keeping her busy as she no more writes on the website. 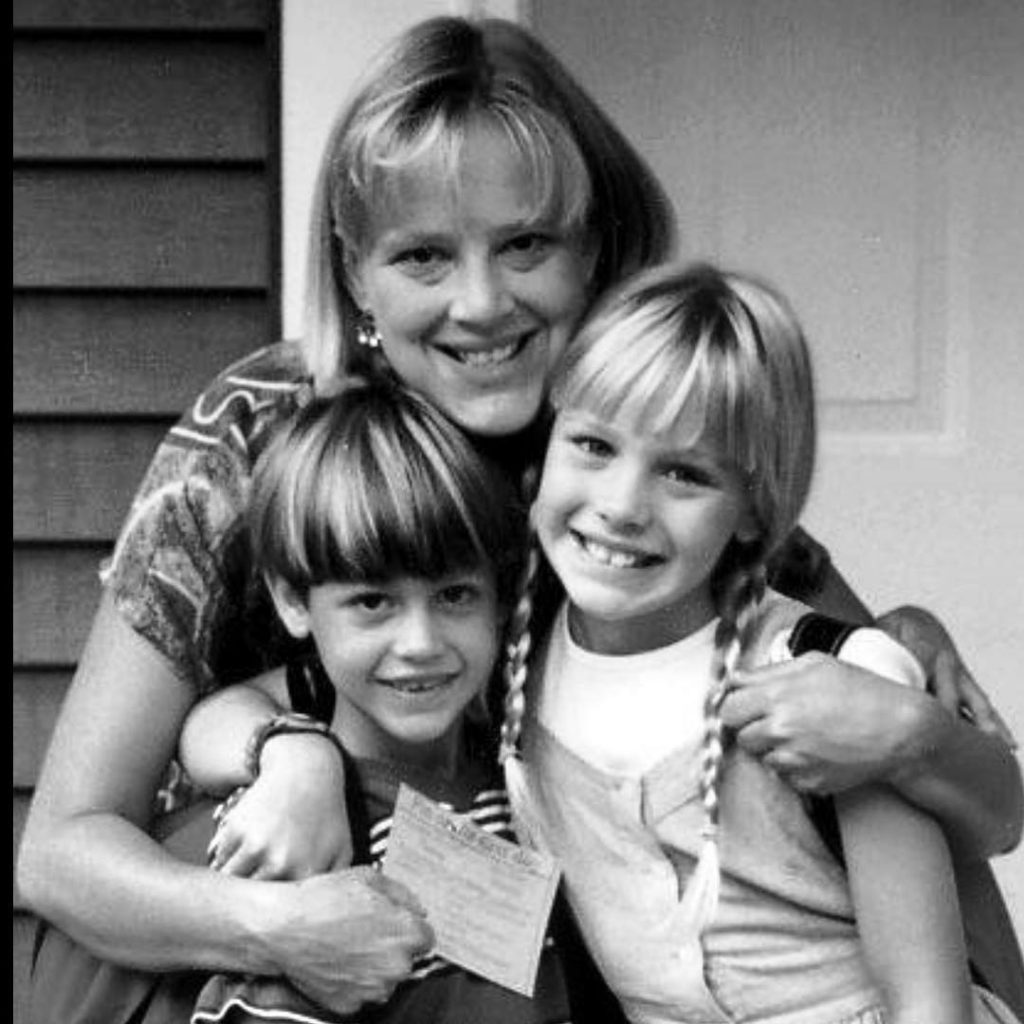 Hersch was born to Candy and James Hersch. Jamie has one brother, Jonathan Hersch. Besides sports, Jamie also grew up with a strong interest in music, which is all because of her father.

James is a singer and a songwriter who encouraged Jamie to sing. In fact, the father-daughter duo has often performed together in their hometown. James has written 52 songs and he is on tour currently.

Currently, he is working as a Senior Clinical Research Associate at Memorial Sloan Kettering Cancer Center in New York. Jon is in a relationship with Allie Wolf. 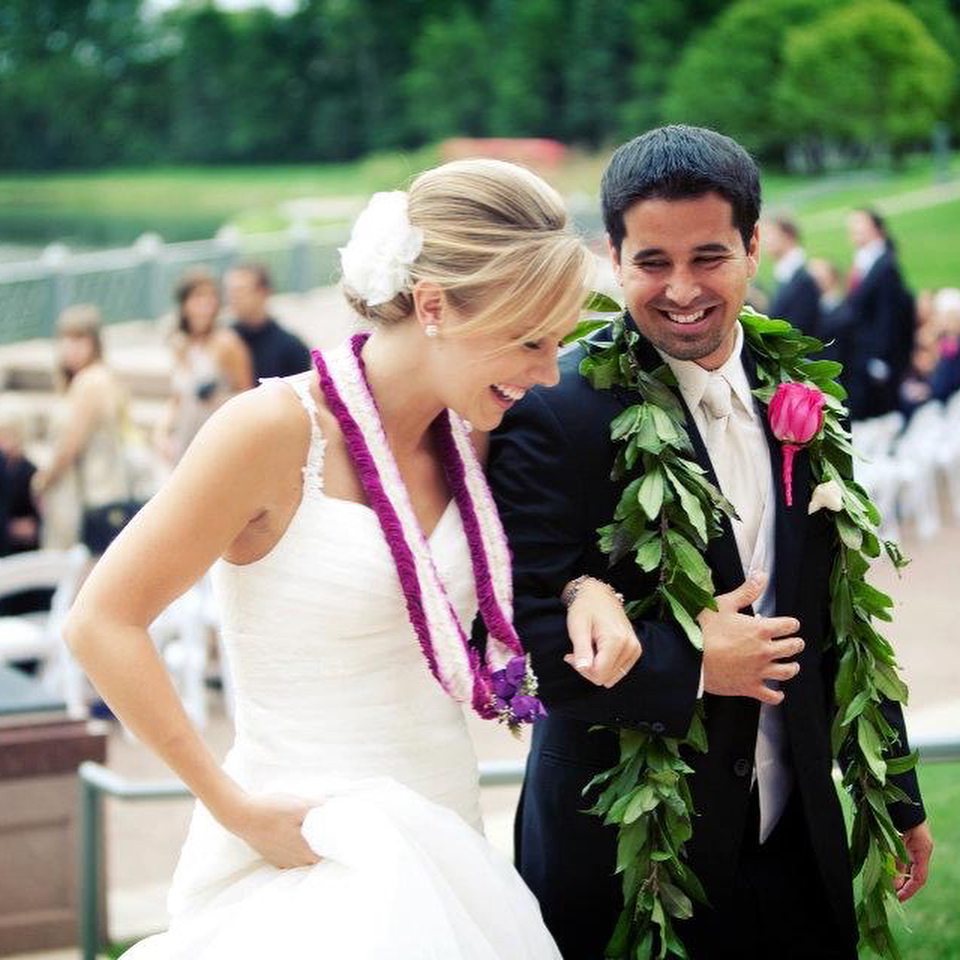 Hersch and QB have known each other for a very long time. The couple got engaged in 2011 and walked down the aisle on June 15, 2012.

From the looks of Hersch’s Facebook account, the couple met each other while studying in USC in 2005. They probably started dating each other back in the University.

Matt Q. Burkhard studied BS, Kinesiology from the University of Southern California. Currently, he is working as a Senior Account Manager at Flatiron Health. Jamie and Matt both live in New York City.

Hersch is very much active on Instagram, she often posts photos of her work and family life on the social media platform. 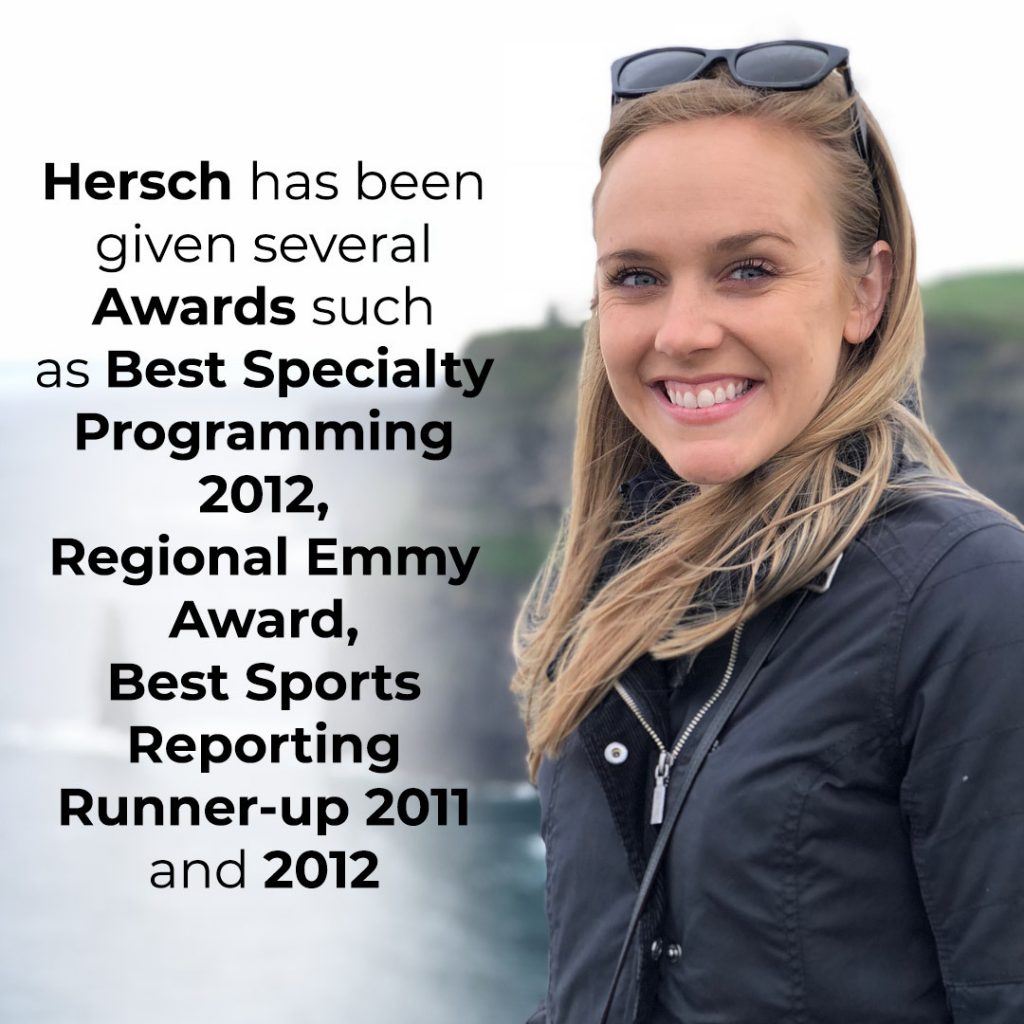