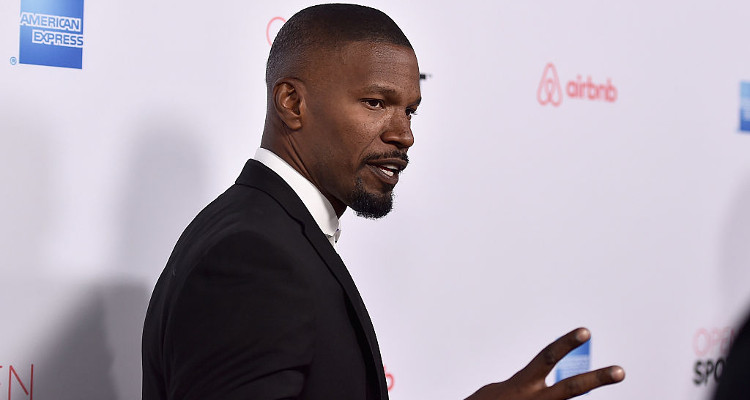 Oscar-winning actor, comedian, and R&B musicianJamie Foxx has an estimated net worth of over $85 million, largely gained from starring in notable movies and television series, plus a solid revenue stream from his record album sales.

Born as Eric Marlon Bishop, Jamie Foxx is a native of Terrell, Texas who had a strict Baptist upbringing. Working as a part-time pianist and church choir leader during his early years, he pushed for a musical career, even though he also enjoyed playing basketball and football. It was ultimately his acting debut on television, namely his recurring role on the series In Living Color, that really kick-started his career in the spotlight. The role later earned him his own sitcom, The Jamie Foxx Show, which ran from 1996 to 2001.

Jamie Foxx’s net worth also got a bit of a boost from movies, with mediocre roles in Booty Call (1997), The Players Club (1998), and Bait (2000). In 20014, Foxx landed himself a supporting role opposite Tom Cruise in Collateral, which went on to earn him a nomination for an Oscar, a Golden Globe, a BAFTA Award, and a Screen Actors Guild Award. Although he didn’t win that year, he did end up taking home the Academy Award for Best Actor for playing Ray Charles in the 2004 biopic Ray. The roles poured in after that.

Foxx’s salary was reportedly at least $10 million for starring in Miami Vice (2006), and likely made even more for his lead role in Quentin Tarantino’s Django Unchained (2012). Jaime Foxx also played the super villain Electro in 2014’s The Amazing Spider-Man 2, as well as the role of Will Stacks in the 2014 film adaptation of Annie.

Aside from movies, Jaime Foxx’s net worth has benefited from a pretty lucrative music career. He’s brought in upwards of $3.4 million from sales of his platinum record albums Intuition (2008) and Unpredictable (2005). He has several Grammy nominations to his name, and won two as well: Best R&B Performance by a Duo or Group for “Blame It” with T-Pain (2010) and Best Rap Solo Performance for “Gold Digger” with Kanye West (2006). In 2015, he released his fifth studio album aptly titled Hollywood: A Story of a Dozen Roses.

The 48 year-old award-winning Hollywood star has even struck gold when it comes to buying a home. In 2007, Jamie Foxx spent $10.5 million to purchase 40 acres of land off the Ventura Freeway in Thousand Oaks, Hidden Valley, California. The single-storey villa spans 17,000-square-feet with 10 bedrooms and 12 bathrooms. The Mediterranean-style estate also has a library, a fancy formal living and dining room, game rooms, a fully equipped gym, an exquisite gourmet kitchen, as well as the grand master suite with its own sitting room, multiple fireplaces, balcony, and sauna. As if that wasn’t enough, the villa even has an Olympic-size pool, cabana studio, two tennis courts, playing fields, and two lavish guest houses adjacent to its backyard.

Jamie Foxx’s cars are believed to include a white Rolls-Royce Ghost. The actor has also been seen cruising around in his $500,000 Rolls-Royce Phantom Drophead Coupe—a few months ago he dropped $20,000 to further customize the car to his liking.

Jamie Foxx’s net worth benefits more than just his lavish lifestyle. The actor often contributes to charity initiatives, such as the Made In Africa Foundation for transforming African businesses and infrastructure. There’s also his feat in helping to fight America’s poverty through promoting investments in the country’s infrastructure and economy.

With a star on the Hollywood Walk of Fame and a net worth of $85 million (and counting), Jaime Foxx continues to rise as one of today’s most sought-after stars.