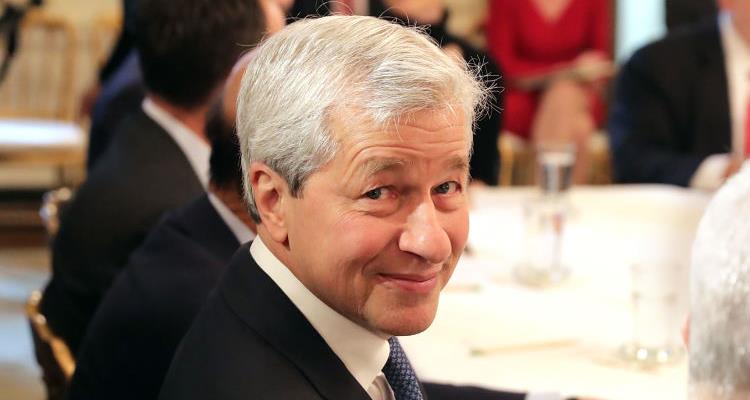 On Friday, JPMorgan Chase CEO Jamie Dimon criticized the U.S. federal government during the company’s earning’s conference call. Those who are interested in anything to do with money are searching for information on Jamie Dimon’s net worth and Jamie Dimon’s wife. For more details, here’s our very own Jamie Dimon wiki.

Jamie Dimon was born in 1956 and his paternal grandfather, Panos Papademetriou, left Greece to live in New York City in 1921. Reportedly, there are two stories that explain why his grandfather changed the family name to Dimon: One told the story of how hard it was for Panos to find work as a busboy, when he suspected that no one wanted to hire Greeks; while the other told the story about him falling in love with a French woman. (Realistically, the first story is more believable).

In 1983, Jamie, who was an assistant to the chairman of the executive committee, married his wife Judith Ellen Kent. Her family grew up in Maryland and her father, Robert H. Kent was president of Kent Companies, a real estate and insurance firm in Rockville, Maryland. At the time of their engagement, Judith was a management trainee in New York with Shearson/American Express, and she graduated from Tulane University and Catholic University with a Master’s Degree in organization psychology. She also received a Master’s Degree from Harvard Business School. Judith and Jamie Dimon’s house is in New York and they have three kids. On their first date, Judith paid the bill because Jamie had no money! But on their 15th anniversary, Jamie gave Judith stocks, which gave her one third of his net worth; he said she deserved it!

When Jamie Dimon was young, he told his father that he would be rich and that’s exactly what happened. The 61-year-old has a reported net worth of $1.16 billion (according to Forbes this year) and his salary is $20.0 million. He has been the CEO of JPMorgan Chase since 2005 and has made the bank (which is one of the largest financial institutions in the country) billions in revenue, despite the loss of $2.0 billion in 2015. He’s known for being personally invested in his work and always says what everyone else is thinking. A month after President Trump‘s election day, Dimon’s stock went up 20%, equaling more than $50.0 billion to the company’s market cap. He also refused Trump’s nomination for the position of Treasury Secretary. But clearly, Dimon didn’t need a spot in Trump’s administration to benefit greatly from it.

In a call to discuss the bank’s quarterly profits, Dimon expressed his frustration about gridlock in Washington.

“It’s almost an embarrassment being an American citizen traveling around the world and listening to the stupid s—t we have to deal with in this country,” Dimon said in response to an analyst question.

“Since the Great Recession, which is now 8 years old, we’ve been growing at 1.5 to 2 percent in spite of stupidity and political gridlock, because the American business sector is powerful and strong,” he said. “What I’m saying is it would be much stronger growth had we made intelligent decisions and were there not gridlock.” Do you agree? Let us know your views on Jamie Dimon in the comments section below!