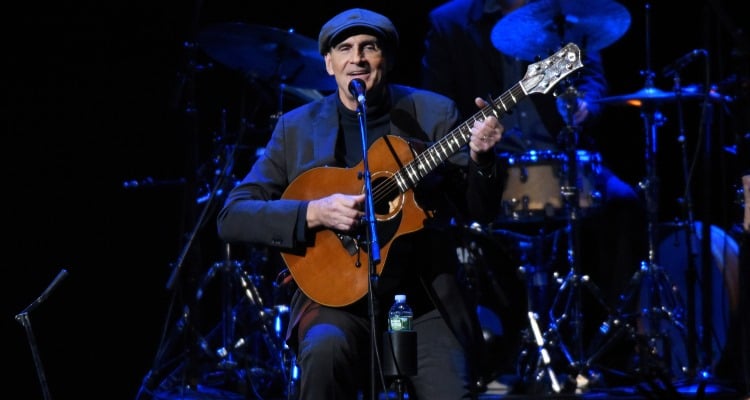 Despite the range of great songwriters and musicians throughout the years, there are a few key talents out whose work speaks volumes. James Taylor is one of them. With a career that began with the breakup of the Beatles to modern day sold-out tours and appearances, James Taylor has forged a unique path based on his own introspective song melodies and lyrics.

If you ask your typical pop or rock performers who their favorite songwriters are, you’ll get the usual suspects of important idols like Bob Dylan and Joni Mitchell likely. Other important names like Kris Kristofferson, Townes Van Zandt, Carole King and Burt Bacharach would likely also crop up. But you’d also likely get James Taylor in there, too. A journeyman songwriter and guitarist, Taylor’s lyrics about loss and love are about as introspective yet melodic as they come. With James Taylor’s new album, Before This World (his first of original material in 15 years) gaining success these days, there’s been a huge resurgence of James Taylor’s popularity in modern music realms. On that, here’s a complete James Taylor wiki noting the highlights of his highly accomplished career.

For all of his bohemian appearances, it’s interesting that James Taylor didn’t wind up as part of a more established profession. His father, Isaac was a doctor who was also the dean of the school of medicine at the University of North Carolina in Chapel Hill, North Carolina. His mother, Gertrude was a trained opera singer. As a child, the Taylors often vacationed at the upper-class resort area of Martha’s Vineyard, near Cape Cod, Massachusetts. 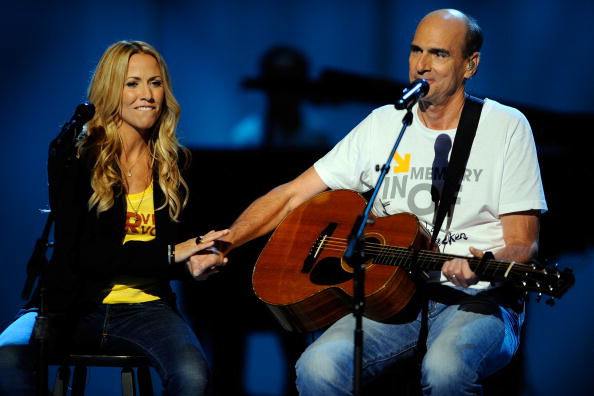 From Start to Finish

James Taylor came of age during the late 1950’s and early 1960’s folk boom, listening to blues and folk records with friends, playing coffee houses and touring several circuits in North America and Europe. While some performers from that era (such as Stephen Stills, Neil Young and Roger McGuinn of the Byrds) plugged into loud Fender amplifiers to play stadiums with a full band, Taylor has retained his folk troubadour image through the years, playing solo on his Martin D-45 acoustic guitar and offering free accoustic fingerstyle playing lessons on his website.

It’s also interesting to note how much the Beatles had to do with James Taylor finding early success. His friend and former band mate, Danny Kortchmar first took James Taylor’s songs to Peter Asher, of Peter and Gordon fame. Asher was working for the Beatles’ Apple Records in the late 1960’s. Taylor was signed to Apple and his first album, James Taylor was recorded and released in 1968. While it didn’t climb the music charts immediately, the relationship with Apple Records helped seed Taylor’s early career off in earnest and included some his set staples, including “Something in the Way She Moves” and “Carolina in My Mind.”

A lot of songwriters, performers and even some hip-hop stars go on about hard knocks and being rebellious. When it’s revealed that they aren’t really from the hard-knock set, fans are understandably let down. By all accounts, James Taylor’s most introspective songs are from the heart. Taylor’s battles with heroin, depression and living as a vagrant in London in the mid-1960’s up to the late 1980’s are well documented. One of his most notable songs, “Fire and Rain,” draws inspiration from Taylor’s friendship with a female friend that wound up succumbing to suicide, as well as his own personal issues.

Awards are nothing new to James Taylor. His records have sold into the millions and he received his first of many Grammy Awards in 1971 for his single, “You’ve Got a Friend.” He received honorary doctorates from the Berklee College of Music, Williams College, and he was inducted into the Rock and Roll Hall of Fame in 2000. Most recently, James Taylor became a Chevalier in France’s l’Ordre des Arts et des Lettres in 2012, and a U.S. Presidential Medal of Freedom recipient in 2015. In 2016, he was inducted into the Kennedy Center with fellow performers, Mavis Staples, Al Pacino and the Eagles. 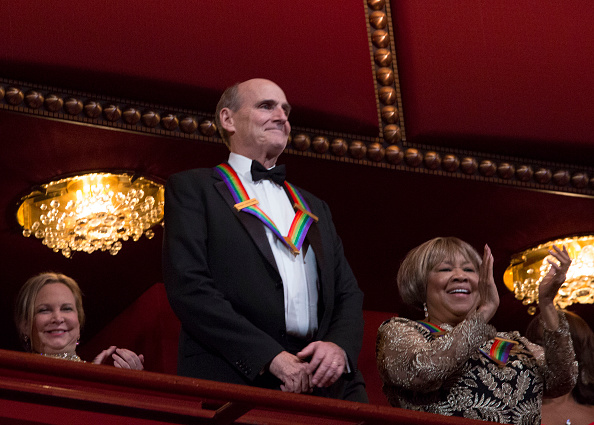 James Taylor’s net worth has been estimated at around $6 million. While it’s a large sum, Taylor noted in the press that he could have made more. The American political climate of the early 2000’s didn’t inspire him, and Taylor opted to maintain a lower profile during those years.

Outside of Music—Famous for keeping his personal life on the down low, information on James Taylor’s wife and child is pretty scarce. So scarce in fact, that many people have asked in online forums, “Is James Taylor gay?” The answer to that is no. He keeps a house in Washington, Berkshire County, Massachusetts. Many have also asked, “Is James Taylor married?” That one’s a definite yes! James Taylor’s wife is Caroline “Kim” Smedvig and they have two children, twins Henry and Rufus. Many fans noted his previous marriage to singer-songwriter, Carly Simon from the early 1970’s to 1980’s that bore two kids, Sarah or “Sally” and Ben. Many have wondered if Simon’s hit, “You’re So Vain” was based on Taylor. Despite the fact that the two have had a very cool relationship since their divorce, Simon has commented that the lyrics are more to do with actor, Warren Beatty and two other unnamed men. From 1985 to 1995, Taylor was married to actress Kathryn Walker. She helped Taylor with his addiction and depression issues during those years, since Taylor wasn’t as big a deal as he had been in the 1970’s.

A noted political and environmental activist, James Taylor has endorsed politicians such as former U.S. president, Barack Obama. Fans looking to see James Taylor live can check out his website. In further support of his Before This World album, the James Taylor tour 2017 has been announced, with many dates in Australia, New Zealand, South America and select American locations.