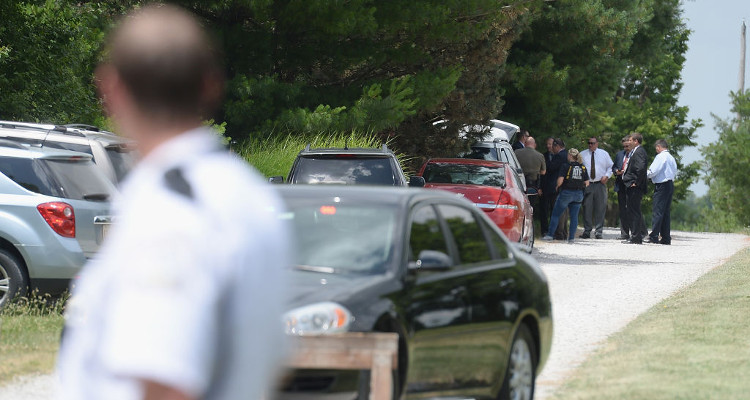 A month ago, House of Representatives Majority Whip, Steve Scalise was critically injured when a gunman opened fire at a Republican charity baseball practice in Virginia. Who shot Steve Scalise? The gunman was identified as James T. Hodgkinson, a man who harbored a lot of hatred for President Donald Trump. With Scalise’s condition worsening and Hodgkinson’s wife pleading for the attention on her family to end, the shooter is back in the media foray. Find out more about the man behind the congressional baseball shooter in our James T. Hodgkinson wiki.

Who is James T.  Hodgkinson?

James Thomas Hodgkinson, a 66-year-old from Illinois, was an avid Bernie Sanders supporter and expressed his displeasure against Hillary Clinton. His hatred towards Republicans intensified when Donald Trump was elected as president. His Facebook activity was rife with anti-Republican and anti-Trump posts.

According to a local publication, he was one of three children born to Deloris and James T. Hodgkinson Sr. He went to Belleville High School, where he joined the wrestling and track teams. He studied aviation at Belleville Area College, which is now known as Southern Illinois College. He transferred schools, but reportedly didn’t complete his degree. He owned a home inspection businesses until his license expired.

He Had a History of Violent Behavior

Hodgkinson married a woman named Sue, and they raised several foster children together. Most of his associates say he was a quiet and reserved guy. However, local authorities and court documents reveal that his life was marred by violence and tragedy. Even Sue Hodgkinson was allegedly charged with domestic battery.

He had a history of violations and petty offenses, but was also charged with battery and damaging a vehicle in 2006. The incident involved his foster daughter, whom he reportedly beat up. Another one of the couple’s foster daughters killed herself when she was 17.

How Did Hodgkinson Die?

Hodgkinson’s wife and brother said he was extremely furious when Trump won the election. After shutting down his business, he told his wife that he’s moving to Alexandra, Virginia for two months to protest against the tax laws —a topic he was vocal about on social media. A day after the shooting, his wife said that they had essentially separated before he moved.

In Alexandra, he was a frequent visitor of the YMCA. Witnesses say he was living out of a gym bag. He even had conversations with the former Mayor of Alexandria. On June 14, around 20 Republican congressmen were gathered at Eugene Simpson Stadium Park to practice for the Congressional Baseball Game for Charity. House Majority Whip, Steve Scalise was also there.

A man, later identified as Hodgkinson, reportedly approached two representatives to ask if there were Republicans or Democrats on the field. They said they were Republicans and left him, not knowing what he was about to do. Hodgkinson was armed with a rifle and a handgun, which he purchased legally. He used the handgun in the shooting, first firing at two officers, injuring them.

He engaged in a shootout with the police. Scalise was shot and three others were wounded. Rep. Mo Brooks tried to stop Scalise’s bleeding. James Hodgkinson was shot by two Capitol policemen and taken to George Washington University Hospital, where he succumbed to his injuries.

His Family Speaks Up

Hodgkinson’s wife, brother, and associates were shocked to learn he was the congressional shooter. In her first interview since the shooting, Hodgkinson’s widow said she was engulfed with guilt. “I get up every morning feeling guilty because I didn’t stop it,” Sue said denying that he beat any of their foster children.

Sue said in the interview that a long illness in the ‘90s changed her husband and he was quick to get enraged. She has no specific plans for his remains, “Coldhearted as it may be, I’m done. He was not a religious man, and I’m done with this. I want this to get over,” Sue said. “I want my granddaughters to be able to go to school in September without this being dredged up.”