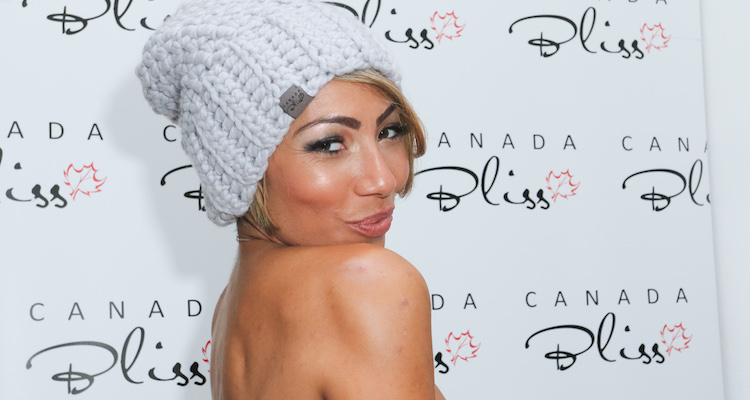 Being pretty new to the world of reality television, there isn’t a huge amount of information on James Shipp Jr., but what we do know is fascinating. He was born in Phoenix, Arizona on July 20, 1988, making him two years younger than his girlfriend Bridget Kelly. Before he ended up on Love & Hip Hop, James went to Arizona State University, first studying biomedical engineering and eventually moving to the University of California (Los Angeles) to pursue business administration and management.

While Bridget Kelly’s boyfriend isn’t exactly a household name, you may recognize a member of James Shipp Jr.’s family. He has a younger sister named Alexandra Shipp, who moved to Las Angeles at the age of 17 to become an actress and to her credit, she’s doing pretty well. She started off with a small role in Alvin and the Chipmunks: The Squeakquel but quickly moved on to a lead role Nickelodeon teen drama, House of Anubis. Alexandra moved back to film, playing the part of Ice Cube’s wife in Straight Outta Compton and quickly followed that up by appearing as Storm in X-Men: Apocalypse. In fact, James help shave Alexandra’s head for the part! You can see James Shipp Jr.’s pics of the event on his Instagram.

The best entertainment in basketball is back tonight!!! at 7 PM! Check out the link in my bio to watch us LIVE on Facebook!! @problem354 #BrianCook #ballerzworldlive #espn #ballerzworld #Basketball #Nba #Basketballneverstops #BallerzWorldLive #Basketballchallenge #Basketballlife #Likeforlike #Instabasketball #Sports #Bball #Hoop #espnradio

He’s Building His Own Career

Given how reality television can sometimes portray the people that are on screen, you may think that James doesn’t work and is living off Bridget’s money while trying to start his own company or some such thing. That couldn’t be further from the truth as he is working hard to establish himself. James Shipp Jr. is currently heavily involved with Ballerz World, a company of which he is a co-founder. Ballerz World started life as an app that connects basketball fans and players from around the world, allowing its users to meet up for games and practice, sell merchandise through the app’s built-in e-commerce platform, and features tons of other ways to connect and interact revolving around basketball. Ballerz World has branched off into a radio show currently found on ESPN Radio. Not content to sit on his laurels, James is also giving other creative pursuits a try as he recently collaborated with Bryson Tiller on the song “Sure Thing.” He’s also tried his hand at modeling.

Happy Birthday to my brother @a.d.woods ✊? Everyone go blow up his timeline with "HBD's"!!! (Also pictured @younglyxx ) lol

With all of the projects that he has going on, you may be curious as to what James Shipp Jr. has planned next. At the moment of this writing, nothing is for sure, but we wouldn’t be surprised if you see more of James Shipp Jr. and Bridget Kelly on Love & Hip Hop: Hollywood next season.