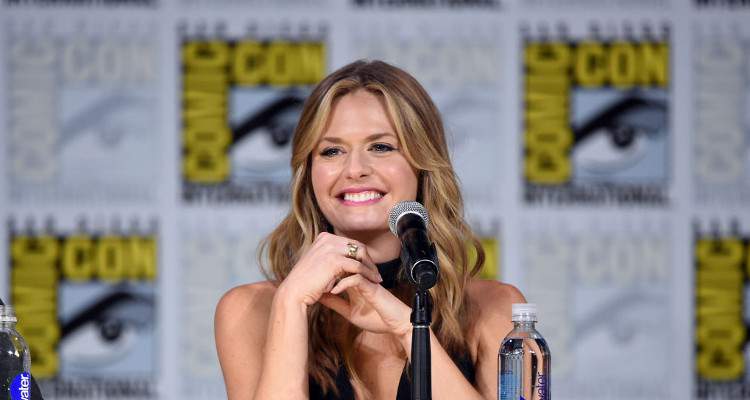 Audiences have come to know actress Maggie Lawson as detective Juliet O’Hara from the hit TV series, Psych, but she has acted in many other acclaimed TV series and movies as well. Lawson started her career at the age of 16 and is now a veteran at 37. She married a fellow actor named Ben Koldyke, but she used to be James Roday’s girlfriend for a long time before they split. The marriage did not work, and in 2017, Lawson filed for a divorce.

Audiences love Margaret Lawson, better known as Maggie, an American actress who has made a name for herself by acting in some of the best TV films and series of the last two decades. She has also worked in theater and played roles in Greedy and A Date with Diana.

Lawson was also known as James Roday’s girlfriend from 2006 until 2014. James Roday and Maggie Lawson appeared on the TV series, Psych, which ran on the USA Network for eight years and became very popular as a result.

Acting from a Young Age

Born on August 12, 1980, in Louisville, Kentucky, to her parents Judy and Mike Lawson, Maggie Lawson’s age is 37. Lawson attended Assumption High School, an all-girls Catholic school, and even co-hosted the WDRB Fox 41 Kid’s Club in Louisville.

Lawson made her TV debut in 1996 by acting in the series, Unhappily Ever After, and went on to act in others like Step by Step, Boy Meets World, Cybill, Home Improvement, Pleasantville, Party of Five, ER, Family Rules, Working, and Felicity.

In 2000, Lawson starred in the Disney Channel movie, Model Behavior, which also starred Justin Timberlake. She acted in several TV movies after that like Nancy Drew, Heart of a Stranger, Spellbound, Love Rules, Killer Hair, Hostile Makeover, My Favorite Wedding, and the soon-to-be-aired Encore Christmas.

Lawson continued to act in TV series like Inside Schwartz, Smallville, It’s All Relative, Tru Calling, Crumbs, Rules of Engagement, Back in the Game, Two and a Half Men, Angel from Hell, and The Great Indoors. However, she became really famous for her role as Detective Juliet “Jules” O’Hara in the TV show, Psych.

Psych is an American detective comedy-drama television series in which Lawson played a junior detective for the Santa Barbara Police Department. The show had developed a cult following even though it went off the air after its eighth season on March 26, 2014. Its popularity forced the USA Network to make a two-hour TV movie called Psych: The Movie, which aired on December 7, 2017.

Also Read –  “Christmas Encore” Cast: Because We Can Always Do with More Christmas Magic

Distancing Herself from Her Husband

After her split from James Roday, Lawson was involved with her Back in the Game co-star Ben Koldyke for some time before they tied the knot on November 14, 2014. The couple got married on their ranch in New Mexico on August 8, 2015, but the union did not last for long.

Lawson filed for divorce in early 2017 and stopped wearing her wedding ring to public events, making it very clear that she wanted a separation from her husband, Koldyke. She even removed “wife” from her Twitter bio and then proceeded to change her Instagram username from “@maggielawsonkoldyke” to “@magslawslawson” in late 2017.

With loads of talent and steely determination in her heart, Maggie Lawson is all set to have a thriving career in the future.