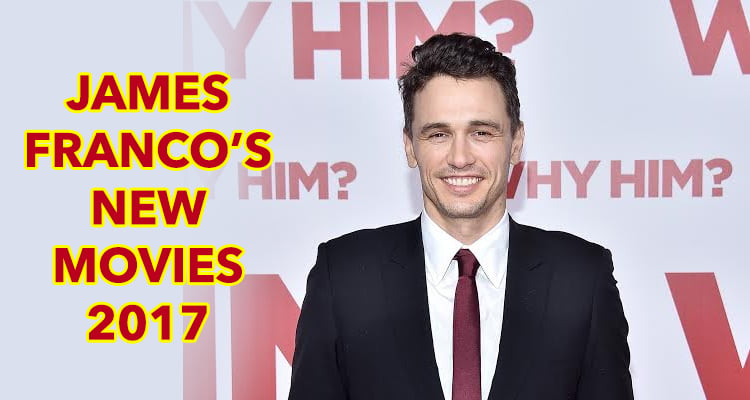 It looks like James Franco will have a busy 2017, as the actor has a lot of movies lined-up to be released this year! Take a look at James Franco’s new movies in 2017.

James Franco has amazed us with his impeccable acting skills, and he’s never failed to deliver fans successful side splitting comedies. He has shown us his comedic chops in movies like Pineapple Express, and we’ve got to his dramatic side in films like 127 Hours. If you are looking forward to seeing James Franco’s new movies in 2017, then you will have a lot to choose from! With over 15 movies and one TV series expected to be released this year, James Franco is one face we are sure to be seeing more of. We have the complete list of James Franco’s upcoming movies for 2017 here.

This comedy stars James Franco, Megan Fox, Seth Rogen, Jacki Weaver, Danny McBride, Dave Franco, and Will Ferrell. It is directed by James Franco and produced by Vince Jolivette and Caroline Aragon. The movie is based on the book of the same name written by Steve Erickson, and follows a young seminarian (James Franco) who is obsessed with films and arrives in Hollywood during a transitional period in 1969.

The Masterpiece is a biographical comedy that James Franco directed, co-produced, and stars in. The film also stars Bryan Cranston, Dave Franco, Seth Rogen, Alison Brie, Hannibal Buress and Zac Efron. The film is based on Greg Sestero’s non-fiction book, The Disaster Artist, and is about Sestero’s (Dave Franco) friendship with Tommy Wisseau (James Franco), and their collaboration on the 2003 film, The Room. Noted by many as one of the worst films ever made, James Franco’s new movie will take us behind the scenes of The Room. There is currently no set release date.

The Heyday of the Sensitive Bastards

A thriller directed by Bruce Thierry Cheung, Kill the Czar stars James Franco, Coral Amiga, Scott Haze, and Aisha Marie Sho. The movie follows the story of a mysterious outsider, whose life changes when she is blackmailed by a filmmaker and forced to perform violent acts. The release date and other details are yet to be announced, however, the movie will be out sometime this year.

Also Read: Alexandra Daddario’s New Movies for 2017: What to Expect from Her This Year

This movie is based on the novel by the same name, written by James Franco. The book has short stories about the lives of actors in Los Angeles. Actors Anonymous tells the story of the various struggles young actors go through. Though there is no official release date for the movie, but it is slated for a 2017 release. James has actually penned a number of books, including Straight James/Gay James (2015), Directing Herbert White (2014), Hollywood Dreaming: Stories, Pictures, and Poems (2014), and more. 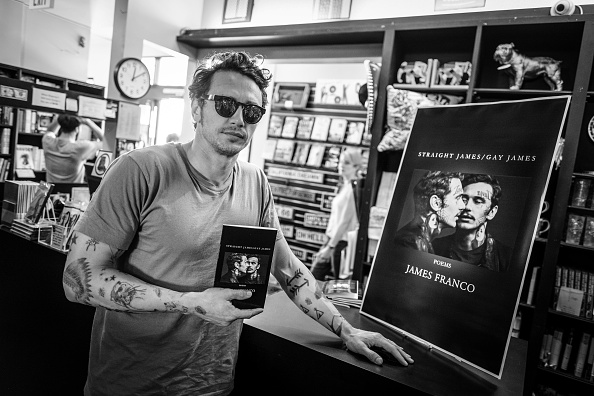 Alien: Covenant is the highly anticipated sequel to the 1979 hit. The movie is written by John Logan and directed by Ridley Scott. Fans have been eagerly awaiting its release since 2012’s Prometheus, the sixth film in the Alien universe. Alien: Covenant is set to be released on May 19, 2017. The cast includes Michael Fassbender, Billy Crudup, Katherine Waterston, Carmen Ejogo, Amy Seimetz, James Franco and Jussie Smollett. The film follows the members of the colony ship, Covenant, who come across a dark and dangerous world. James Franco plays Branson, the original captain of the Covenant and Daniels’ (Waterston) husband.

Also Read: Chris Hemsworth’s New Movies for 2017: Big, Brawny, and Better Than Ever

Another thriller to add to Franco’s repertoire is the story of two estranged sisters, who are forced to rob a bank in order to save the life of their brother. However, there is a mystery to the bank. So far, no details about the release date has been announced. The Vault is written and directed by Dan Bush and Conal Byrne. Taryn Manning, and Francesca Eastwood play the estranged sisters, and Scott Haze plays their brother. Along with Franco, the film also stars Jeff Gum, Keith Loneker, Michael Milford, Lee Broda, and Anthony DiRocco. 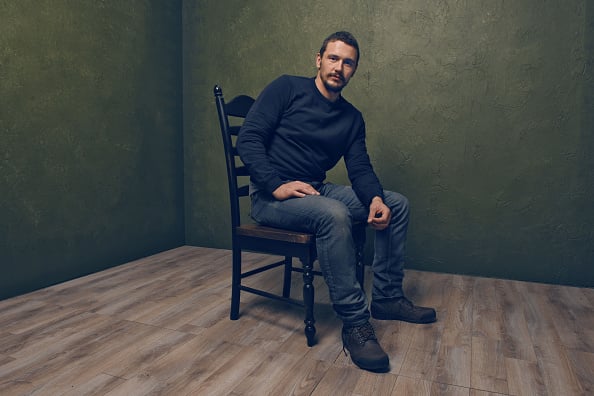 Another highly anticipated movie, The Institute is directed and produced by James Franco and Pamela Romanowsky, and is the third collaboration between the two. The movie is set in 19th Century Baltimore, and is about Isabel Porter (Allie Gallerani), who becomes depressed after her parents’ untimely death. In order to overcome the grief and pain, she checks herself into the Rosewood Institute, however, she finds herself surrounded by and put through weird and “increasingly violent pseudo-scientific experiments in personality modification, brainwashing and mind control.” The film is all set to be released on March 3 by Momentum Pictures, and stars Scott Haze, Lori Singer, Josh Duhamel, Joe Pease, Pamela Anderson and James Franco, who plays Dr. Cairn.

This upcoming indie drama starring James Franco, Courtney Love, Ashton Kutcher, Josh Hartnett, Josh Hutcherson, Timothy Hutton, and Scott Haze follows the story of a young contractor, who is hired by his father’s killer to construct a honky-tonk bar in Tennessee. The Long Home is based on the novel of the same name by William Gay. Josh Hutcherson plays Nathan Winer, and James Franco plays the role of Dallas Hardin.