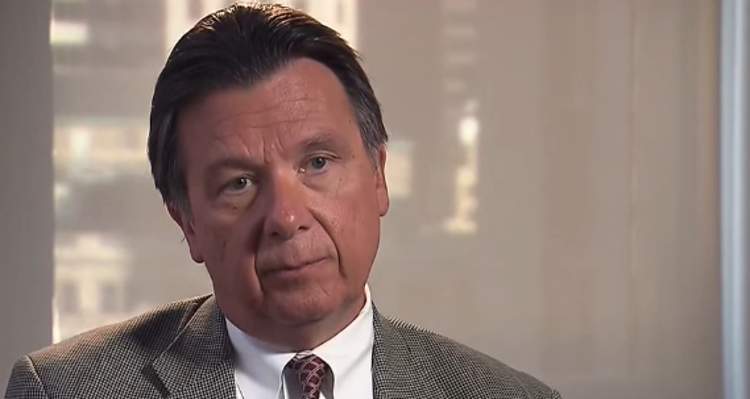 The case and capture of Ted Kaczynski, a.k.a. the Unabomber, is surfacing again because of the show Manhunt: Unabomber. Sam Worthington plays FBI agent James Fitzgerald. If you are wondering who James “Fitz” Fitzgerald is, then take a look at our James Fitzgerald wiki.

Andrew Sodroski created the drama miniseries based on the case of Ted Kaczynski. The show, Manhunt: Unabomber, premiered last night (August 1, 2017) on the Discovery channel. Some of the cast members include Paul Bettany as Ted Kaczynski, Jane Lynch as Attorney General Janet Reno, and Sam Worthington as criminal profiler Jim Fitzgerald.

Ted Kaczynski is well known as the Unabomber, but not many know about the man who helped catch him. A new series on the Discovery Channel follows Jim Fitzgerald FBI investigation into Kaczynski. The show has made people curious about James Fitzgerald who, at the time, was new in the field and had to prove himself to his seniors and everybody else involved in the case. Keep reading to learn more about James Fitzgerald.

Fitzgerald was born in Philadelphia and raised in a modest home in the Olney neighborhood. He went to school there and later moved to attend Penn State. Fitzgerald graduated with a criminal justice degree, and worked as a store detective in a Philadelphia department store. In 1976, only 14 months later, he graduated from the police academy and became a patrolman with the Bensalem Police Department.

After serving 11 years with BPD, having worked as a patrolman, detective sergeant, and patrol sergeant, Fitzgerald’s thirst for knowledge was not quenched, so he joined the FBI. He graduated from a law enforcement academy and, in 1988, became an FBI agent who was assigned to work in New York City. There, he investigated different cases such as extortion, kidnappings, and bank robberies. His time on the field left him wanting to become a criminal profiler, an advancement opportunity he knew he was ready for.

He went back to Quantico, Virginia for training, which allowed Fitzgerald to learn inspecting scrutinizing communications in great detail. It was not until the 2000s that he went back to school in order to get the formal education he felt he needed to perform as well as possible. He went to Georgetown University in order to obtain his second masters degree, this time in linguistics.

A lot of credit for the arrest of Kaczynski goes to Fitzgerald. Originally, the Unabomber’s case was intended to last for 30 days, but Fitzgerald and his team worked hard for over a year and a half to catch Kaczynski. When Fitzgerald joined the Unabom Task Force (UTF), he was a fairly new profiler and had to convince the Bureau that the letters written by the terrorist were an integral part of how to catch him.

Kaczynski sent a manifesto promising to “desist from terrorism” if it was published by The New York Times or  The Washington Post. Along with Fitzgerald, the FBI encouraged the news outlets to publish the manifesto, to see if anybody could recognize Kaczynski’s writing style. In February 1996, the team received a tip from Ted Kaczynski’s sister in law and brother. Fitzgerald studied Kaczynski’s writing patterns and came to the conclusion that he was the Unabomber. The FBI agent drafted a 50-page probable cause affidavit and had it signed by a judge to be able to search Kaczynski’s cabin. While talking about the case, Fitzgerald said, “I went in to gratuitously reading every single page he ever wrote in an attempt to better determine what kind of author we had. Ultimately the name Ted Kaczynski was finally identified and we attained some known writings of his. I undertook what I then called a comparative analysis, and realized that the authorship was consistent. It was the first time ever that text analysis evidence was used in U.S. federal courts, for the purpose of a search warrant. A small cabin in rural Montana was eventually searched and the Unabomber’s career ended. I feel concepts of linguistic analysis —although I didn’t even call it that back then but that’s essentially what it was— helped solve that 17-year-long investigation.”

Besides the famous Unabomber case, Jim Fitzgerald also worked on high-profile cases like the murder of JonBenét Ramsey, the kidnapping and murder of Danny Pearl, as well as the D.C. sniper attacks. In 2007, Fitzgerald retired from the FBI and continued to work as a forensic linguistic investigator at his newly joined company, the Academy Group, Inc. He is also the author of A Journey to the Center of the Mind.

Although he is retired, he still helps the FBI with some cases. Additionally, Fitzgerald was a technical advisor for a few episodes of Criminal Minds. While talking about working with the show, Fitzgerald said, “On the whole I believe the show is very much true to form in terms of real life, the only exception being of course, that the crime is solved in 42 minutes, or even a few days and weeks of TV time. That is less common in the real world.”